I'm experimenting with running KDE on Linux Mint 19 (no longer offered). I followed the instructions in this post to add the Kubuntu KDE desktop to Mint:

It's not a complete KDE install, mainly the Plasma DE and a couple of standard KDE utilities, like Dolphin. Kubuntu is v18.04 and Plasma is v5.12.

I then uninstalled the Mate DE (but not every last vestige of Mate-related stuff; I don't know what Mint includes in the Mate bundle, and didn't want to leave important holes). I also removed redundant and unneeded apps, and added a few packages, including Xscreensaver.

Now I'm running into a phantom screen locker that pops up and locks the screen after 5 minutes of inactivity. It's a generic password entry screen that matches what appears if you manually lock the screen: 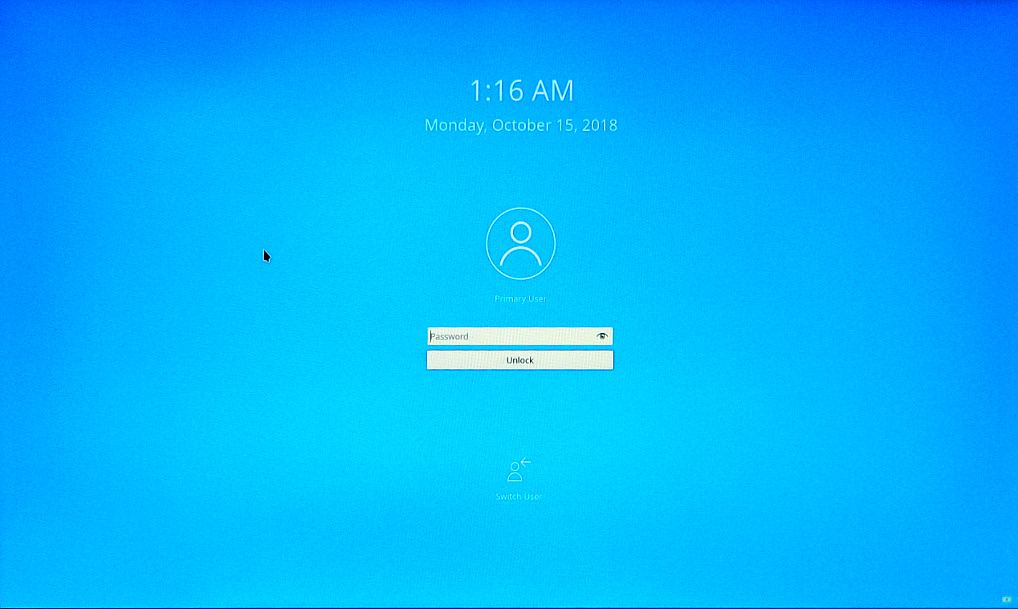 I've listed the exhaustive diagnostics at the end. I followed up on many dozens of Google hits on disabling screen locking in KDE, Kubuntu, and Mint, from current versions to old ones, and ruled out any issue with Xscreensaver or the normal screen locker settings and controls. Basically, the installation has no settings, anywhere, related to an inactivity-based screen locker, and no dedicated, recognizable screen locker software. The issue points to this:

How can I identify System Settings modules (or other key components) that may be missing in what was loaded from Kubuntu using that command line, or any screen locker that's part of Mint that may be responsible?

I created a fresh install of Kubuntu for comparison.

(It isn't critical to read the rest; it's mainly to pre-answer "did you think of this?")

Long story short, installing the selected DE packages for Kubuntu by this method leaves some important holes, which I discovered once I compared this to a Kubuntu installation.

I then searched for "screenlocker" in the package manager. That result revealed a non-installed package that looked promising, and turned out to be the missing module that provides user control for the screen locker: kde-config-screenlocker. That allowed me to set or disable the screen locker in System Settings under Desktop Behavior.

There were still some missing pieces (as evidenced by the screen locker still lacking the KDE customization, and other odds and ends). It's preferable to install packages rather than copy and paste missing files, since the package manager takes care of dependencies.

Ubuntu has a handy web service that can do a reverse lookup to identify what package a file came from: https://packages.ubuntu.com/. I searched based on files with names containing "screenlocker". It produced a list of filename hits and their parent package. Checking those packages in the package manager, I lucked out again. kubuntu-settings-desktop turned out to be missing, and it is responsible for all of the other missing functionality identified to date.

If you try the same route to add KDE to Mint, you can add those two packages to the install list in the original command. Otherwise, you can install both afterwards from the terminal with:

Not the answer you're looking for? Browse other questions tagged linux-mint screensaver kubuntu lock-screen kde-plasma-5 or ask your own question.

5
Linux Mint is rebooting while screen is locked, how do I go about debugging/fixing it?
1
Changing lock screen theme in Linux Mint KDE
3
Lock screen after > 99 minutes in KDE Plasma 5
3
Is Plasma 5 supposed to be lighter than KDE4?
8
How to unlock screen from script in KDE Plasma 5?
0
KDE Plasma desktop not recognizing screen edges
3
KDE Plasma - Don't blur lock screen?