How to disable alt+tab in windows 10 without autohotkey

How can a person disable Alt + Tab in Windows 10 without using any third party software like AutoHotkey?

Accidentally hitting Alt + Tab while gaming is really annoying. And some games do not allow the use of AutoHotkey or other third party software.

I need Alt + Tab disabled, but still want to have the ability to use the Alt and Tab keys individually.

It's too early to give a negative answer within the context of not using any third-party product, but here are the results of my historical research, which might help in advancing on this question.

The decision to make Alt-Tab extremely hard to intercept was taken in Windows NT. The article describing what was done has disappeared from the Internet, but I have found an old edition on the Wayback Machine, dating from December 2003. Because it's so hard to find, I reproduce it here as an image: 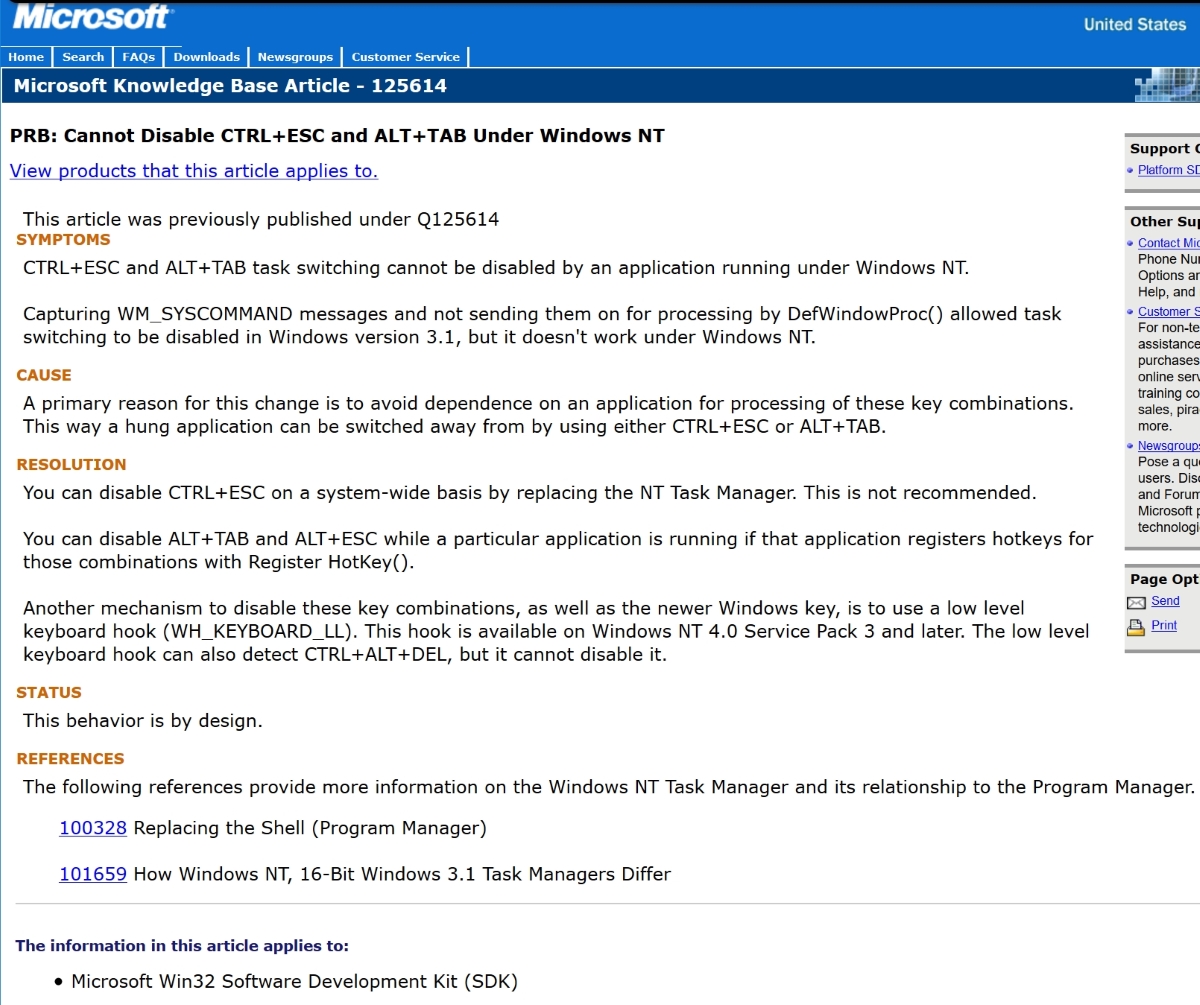 The three solutions listed by the Microsoft developers (dating from the time when they still answered user queries) are :

If we can believe the original developers of NT, these are the only options, of which the only realistic solution involves a program such as AutoHotKey.

From my side I can see no other solution, but perhaps someone else knows about some other clever hack.

An AutoHotKey script to disable Alt-Tab is :

You should put the right title on the #IfWinActive command, for Alt-Tab to only be disabled while the game has the focus.

For games that use a low-level access to the keyboard, the script might need to be Run as Administrator.

Because it looks like it's almost impossible to solve the Problem without a 3rd party software, I would camouflage AutoHotkey this way:

I guess it will not be detected.

If it is recognized anyway, I would also change the properties of the copied exe file by using e.g. stackoverflow: How to change an executable's properties? (Windows) so that no file Property reminds of the origin, for example the File Description reads as e.g. "Application Monitor"

Not the answer you're looking for? Browse other questions tagged windows windows-10 keyboard-shortcuts alt-tab or ask your own question.