A program I am installing requires Visual C++ 2015 Build Tools. However, I am unable to find these anywhere. The link they provided 404s. So I tried googling it. The top result: https://blogs.msdn.microsoft.com/vcblog/2016/03/31/announcing-the-official-release-of-the-visual-c-build-tools-2015/ actually downloads the 2017 version.

And the second result is just Microsoft Build Tools 2015, and I have no idea whether that's the same thing: https://www.microsoft.com/en-us/download/details.aspx?id=48159

So where can I find the download for Visual C++ 2015 Build Tools?

So where can I find the download for Visual C++ 2015 Build Tools? 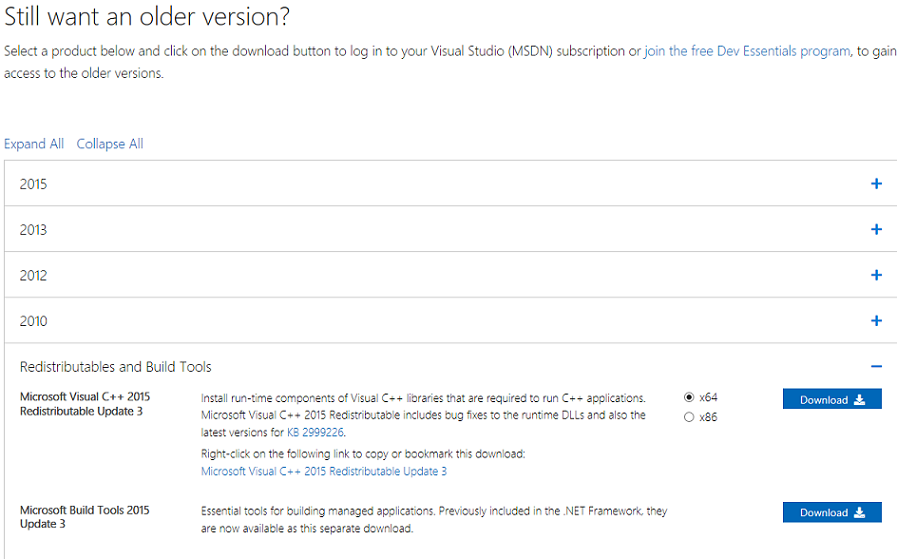 When I launched the installation I was able to confirm that the Microsoft Build Tools 2015 is indeed Microsoft Visual C++ Build Tools. 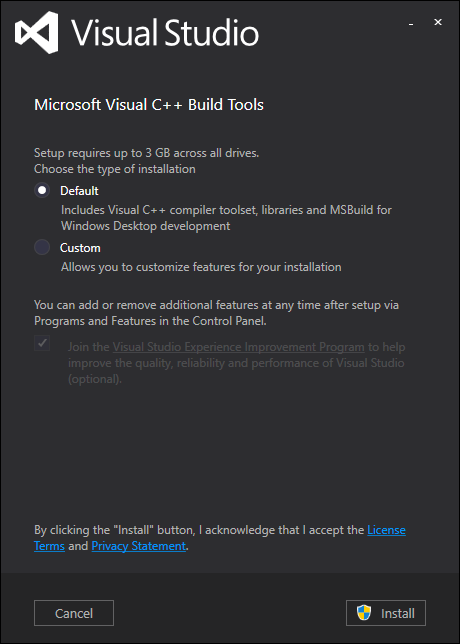 In order to get the download to display, on the page you reference, click on the Older Versions button.

The 2015 build tools were incorporated into the Visual Studio 2017 Build Tools.

Not the answer you're looking for? Browse other questions tagged visual-studio or ask your own question.