Why isn't Adobe Flash Player installing on my PC?

Security issues aside, I recently had a need to use Adobe Flash Player recently because I have some old .swf files that I created back in college and would like to watch again. I realised that I already had a version of Flash installed but that it wasn't showing up anywhere on my PC. I used IOBit Uninstaller to remove it and any related files and registry keys from the system. This went fine except for the small peculiarity that the uninstaller progress bar seemed to be going backwards.

I then downloaded and installed the latest version from the usual place. The installation seemed to complete as normal, but typing Flash in the Start Menu and checking the Adobe folder shows no trace of Flash Player. This behaviour is the same both before and after a reboot. The only trace that the program was installed at all was that it shows in IObit Uninstaller, albeit as an install from 2016: 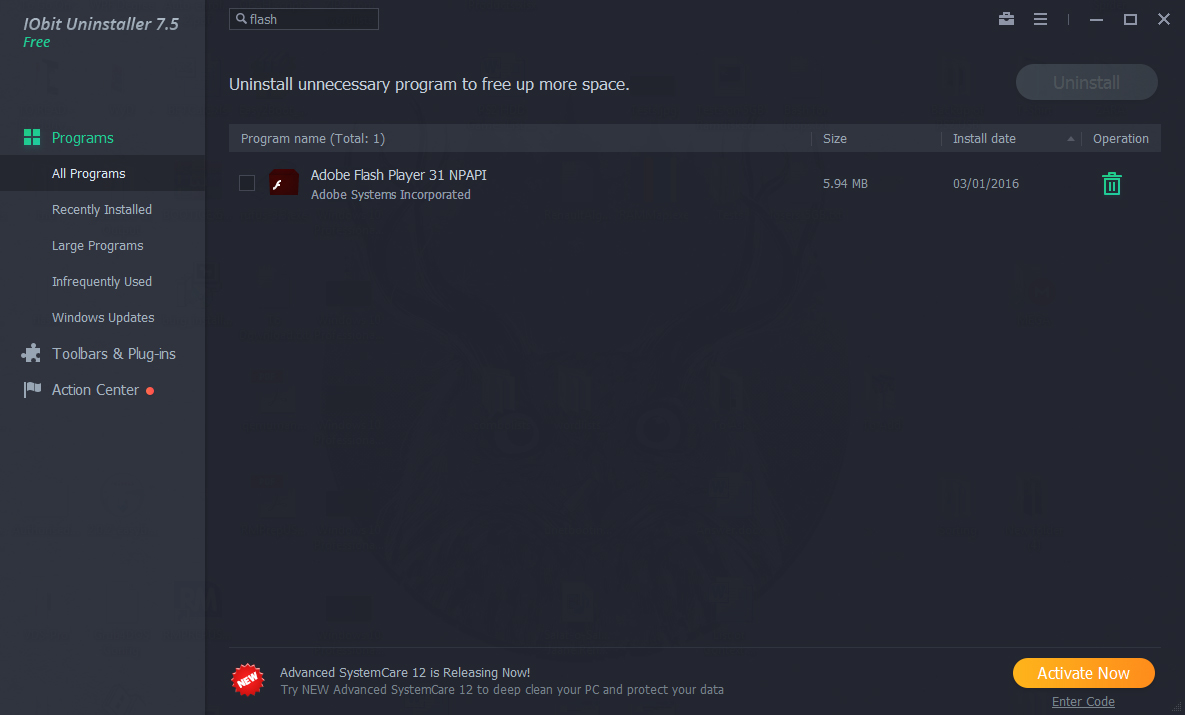 Apparently it's been so long dealing with Flash and its products that I'd forgotten Adobe Flash Player is first and foremost a browser plugin, and that I was searching for an executable on my desktop that was never meant to be there1.

Thankfully, I'm not the only person to fall prey to this mistake (though make sure you don't download the versions from that site).

This is because the version of Flash Player that's intended to be used to play .swf files locally, known as the standalone Flash Player or the Flash Player projector, is badly labelled and primarily marketed to developers as a debugging tool.

It can be obtained by downloading it from the official Adobe page here (look for the Flash Player projector). Ensure you don't download it from the blog linked above, which links to outdated versions and for some reason packages every single executable from the Adobe debugging page into a 400MB ZIP package that's 30 times larger than we need it to be.

Note that the standalone Flash player is a barebones, portable tool, so once you've downloaded the executable, clicking on it will run it - it's not possible to install it to the system permanently. If you need to make regular use of it and want to have it automatically open all .swf files, simply move the executable to somewhere like C:\Program Files and use the Open With dialogue to associate all .swf files to it.

Once you've downloaded and run the executable, click on File > Open and simply browse to the .swf files that you need to view. 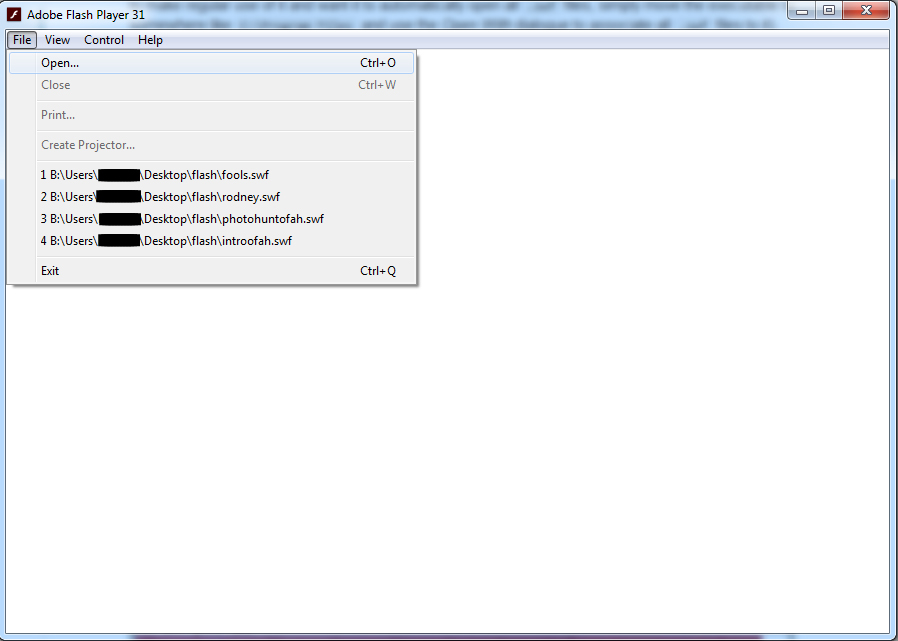 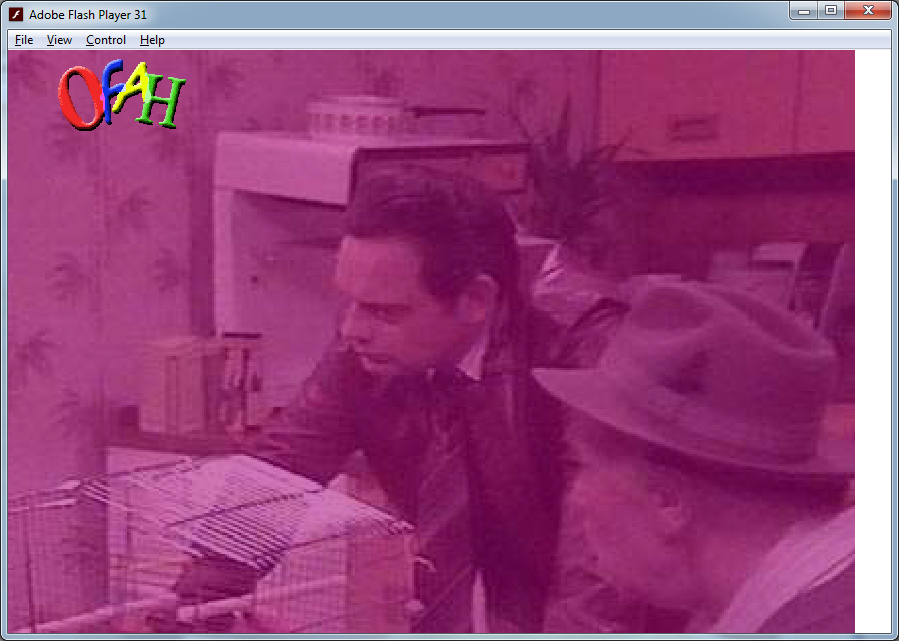 1. As an aside, there are two primary versions of the Adobe Flash Player plugin: Flash Player NPAPI, for Firefox browsers, and Flash Player PPAPI, for all Chromium-based browsers except Chrome (which comes with its own built-in version of the PPAPI plugin).

Not the answer you're looking for? Browse other questions tagged windows-7 flash flash-player or ask your own question.