Tmux on Windows WSL: unable to start a new pane at current directory

With identical settings, and a safety check command, firing shortcuts to create new panes in Tmux on WSL only get me new panes started at home dir. Settings as well demonstrations go as below: 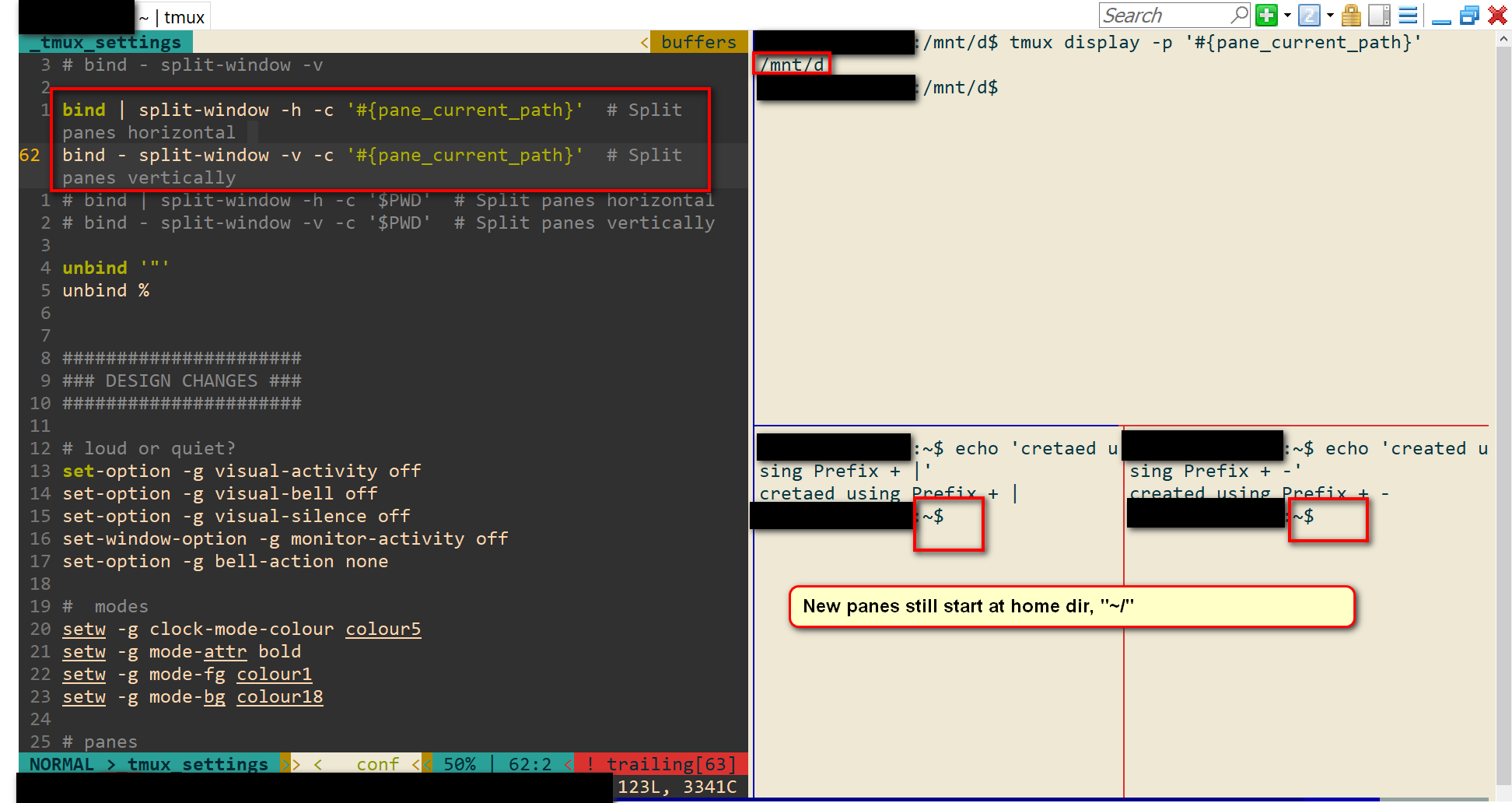 Clarification: I am sourcing the same _tmux_settings script on another Linux machine, and panes are splitting nicely: right at where they should have been, the "pwd" of where I am firing it.

How may I start new panes at current working directory, instead of being sent back to home directory? It is confusing as the return value from tmux display ... command does show that #{pane_current_path} is evaluated correctly.

I solved this issue! In my case it was caused by a cd ~ in my .bashrc.

I have to confess that tmux has been doing its job exactly as prescribed. It was a line of four characters (cd ~) that brought up the alleged trouble. I would like to endorse the great answer above :)

What had happened could be explained as the following:

I keep the original "answer" as below. Nothing was added or deleted. Keeping everything together in case someone runs into the same cd ~ trouble again. (Also, dear the administrator, please do not delete this post. I have spent hours trying to fix such trouble, and I do not want other people to suffer from the loss of such hours in their lives.)

An answer that is not a real answer

Well, after the following two concrete steps, the symptom I reported vanished.

By the way, I have also replaced the entire set of hardware :) In particular, I did not change anything in my ~/.tmux.conf, nor any WSL configuration files. (For WSL specifically, I did not touch anything in /etc/wsl.conf.)

Here goes the current versions of Windows & WSL, with another screenshot showing that the original problem has been resolved. 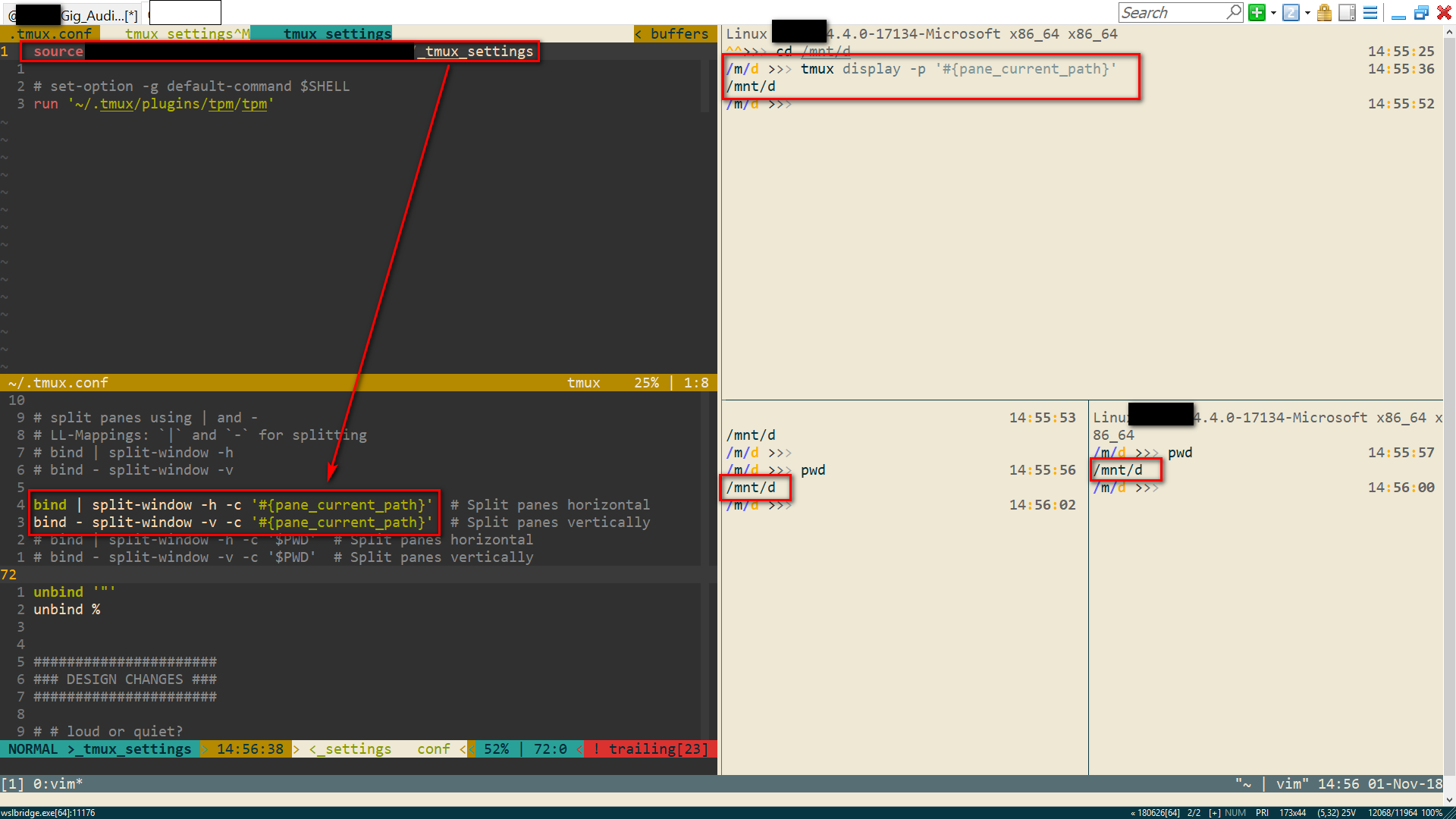 Not the answer you're looking for? Browse other questions tagged ubuntu tmux windows-subsystem-for-linux or ask your own question.