Process Monitor allows great power when it comes to filtering, but it doesn't do something which seems extremely simple and beneficial, which is to simply allow the option to remove rows which are nearly the same, and where there can be hundreds or thousands of these rows, and they really complicate trying to find other transactions.

For example, take a look at this image:= 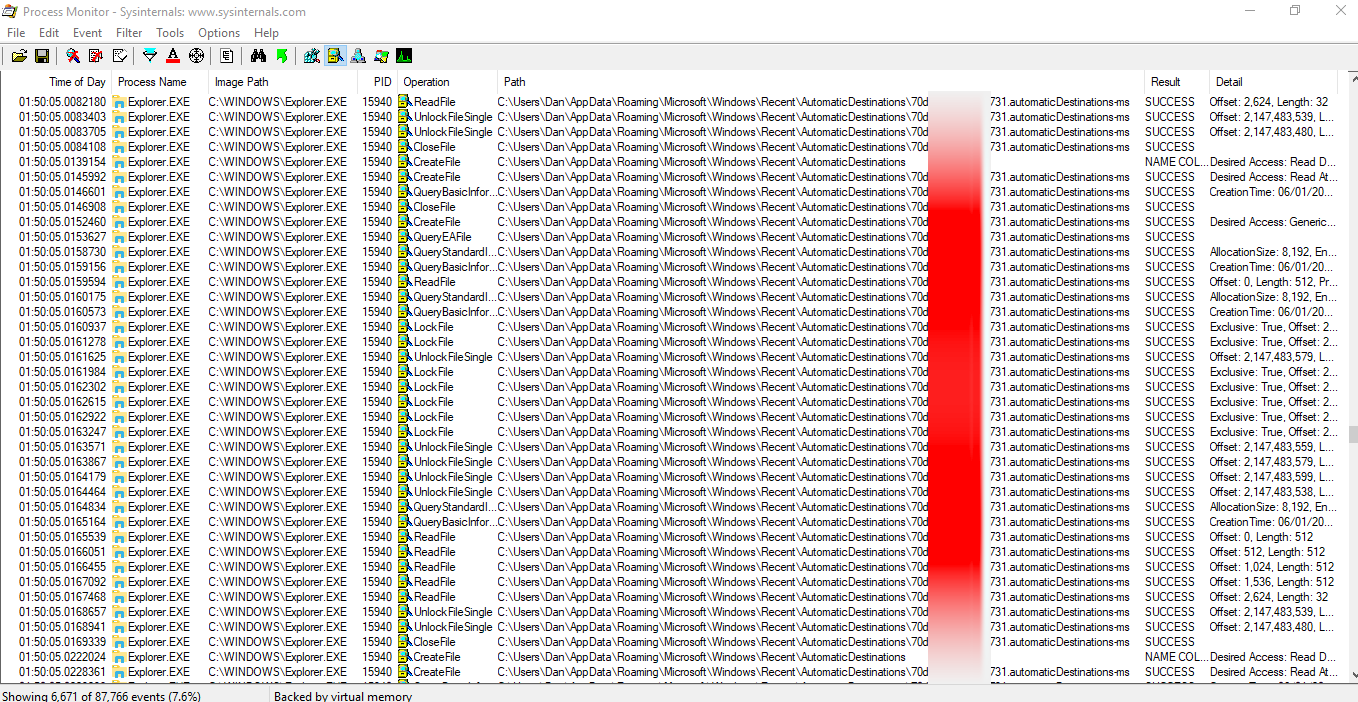 (I censored some info with the red bar, but they're all the same filename). 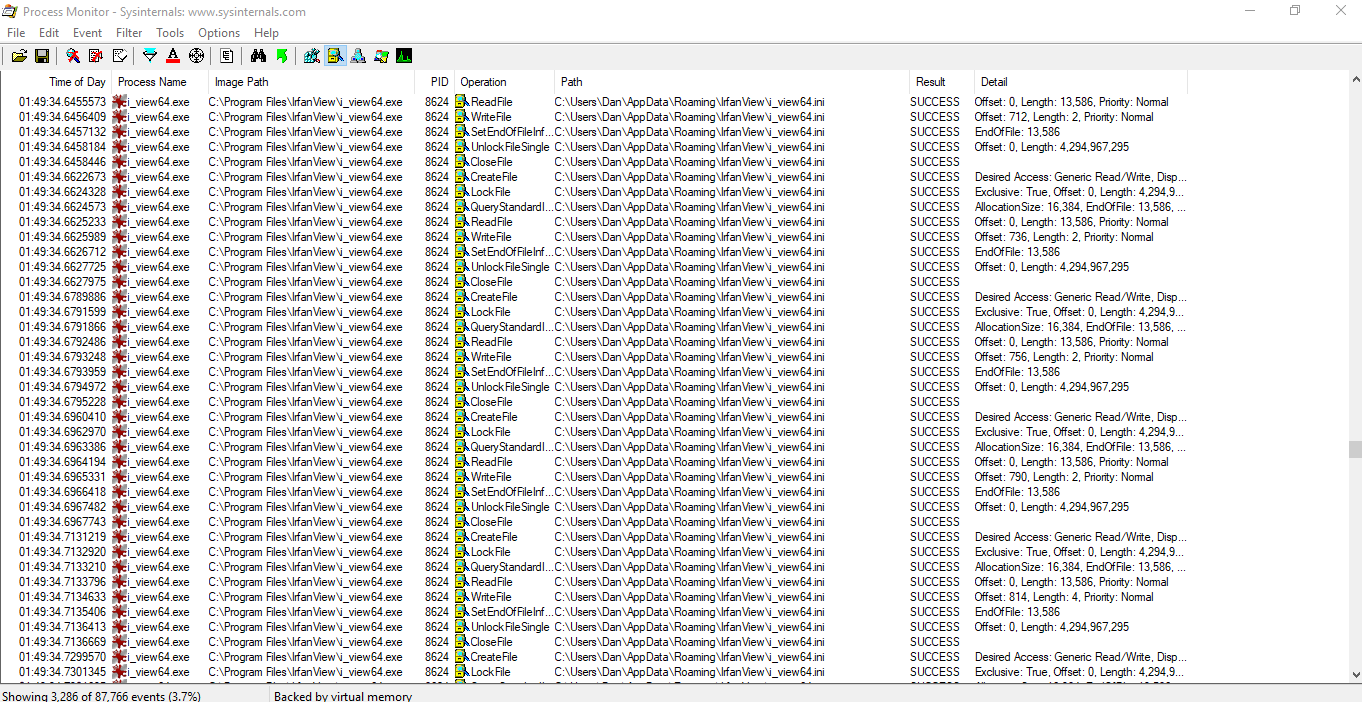 Again, I don't want to see Irfanview updating its .ini file 1 zillion times, specifying every single time it locks, queries, reads, writes, unlocks, or whatever else it apparently wants to do.

Is there a way to do remove these duplicates from within Process Monitor, or perhaps there's similar software that can perform this fundamental task on the fly? I don't want to have to manipulate the log file with other software.

To be clear, I only want the duplicates gone, I would still like to see one UNIQUE entry for any of these transactions.

Process Monitor contains several summary tools that can help in summing up the activity as regarding the targets. Unlike the main display of Process Monitor, these can at least be sorted on their columns: 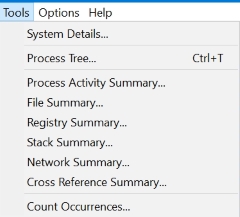 Here for example is the registry summary sorted on the key: 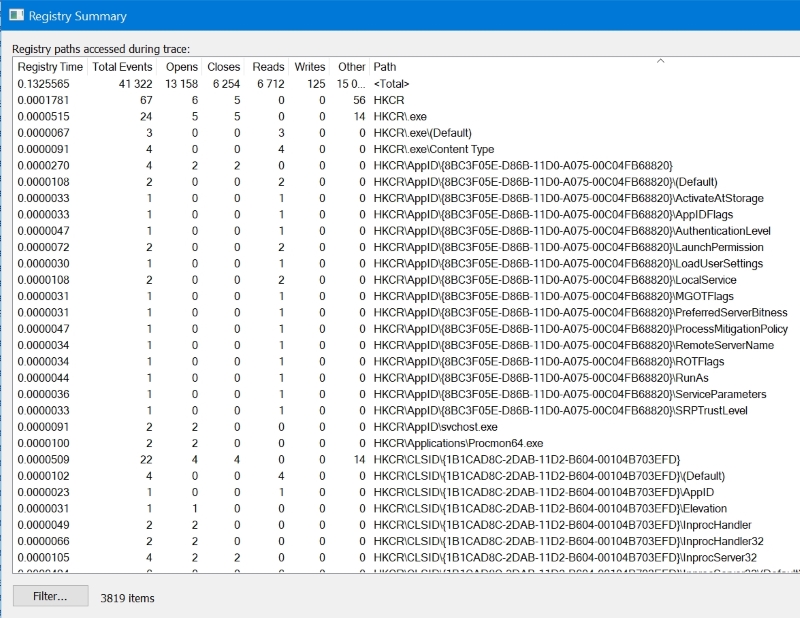 That is the limit of the tools available using Process Monitor. More advanced tools can only be found outside of Process Monitor, by exporting the data, converting the data file to readable format, and sorting that data while only keeping unique values.

I will be using Excel for doing the sort, but numerous other utilities are also possible.

There are other free utilities that can process .csv files besides Excel, if you don't have it available.