I recently purchased a Dell G3 laptop, and it has 2 memory slot. Slot #2 is populated with a 8GB memory module, and Slot #1 is empty.

Here are the screenshot of the memory tab in CPU-Z 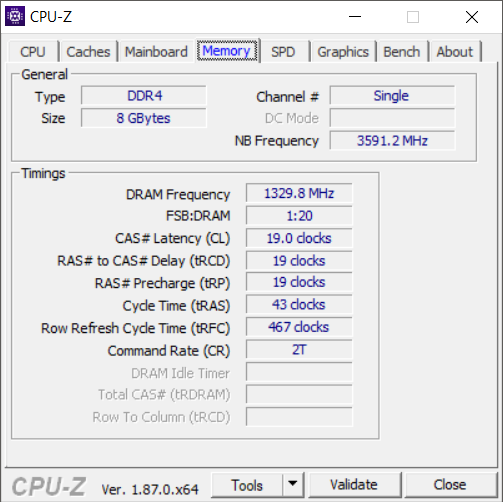 Also, I've checked using both AIDA64 and in the BIOS - and I've found that both reports that my memory is running in single channel mode. 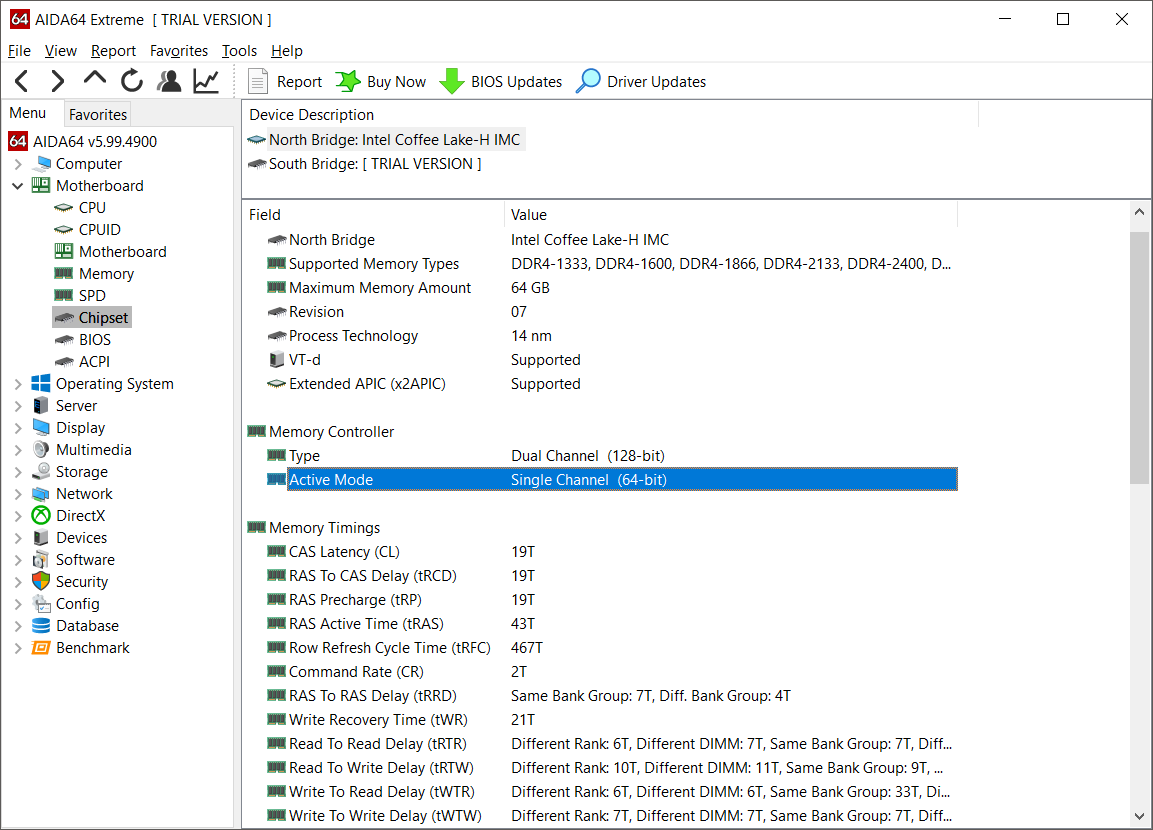 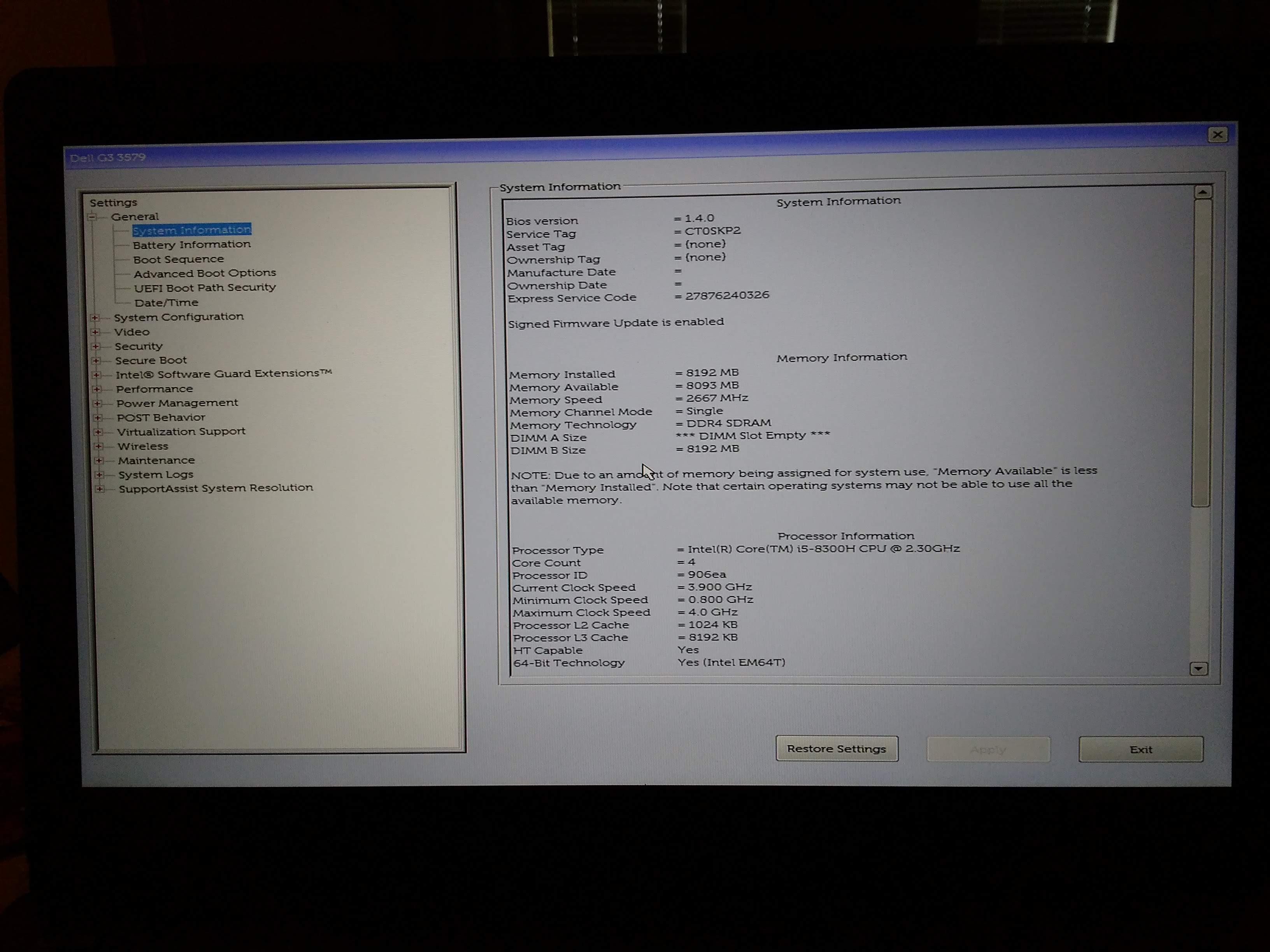 Also, here is a screenshot of the SPD tab(Slot #2) in CPU-Z 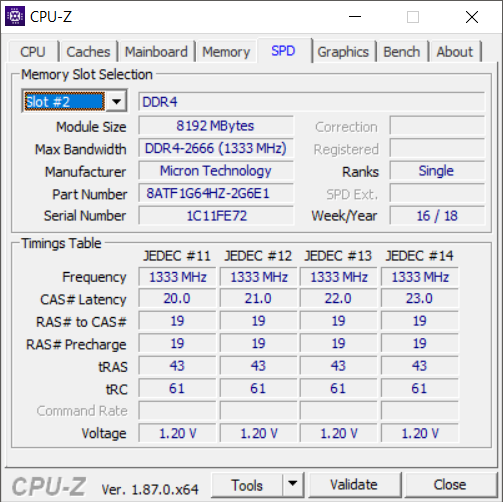 In the first screenshot, notice that the Channel says Single - will adding another 8GB memory of same speed would change it to Dual Channel?

Since CPUZ says 'Single Channel' - I am wondering if my memory is running at the half the speed since only one of the memory slot is occupied.

Here is the link to the Spec to the Dell G3 Laptop. Memory information is available in Page 11.

I've tried googling about it, but I got more confused.

The Dell G3 15 Setup and Specifications manual says this about your memory: 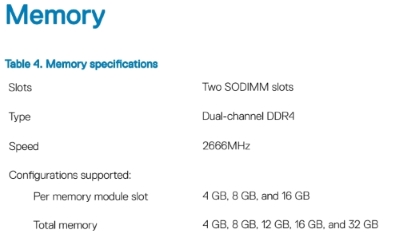 Therefore to answer the questions:

Question 1 - will adding another 8GB memory of same speed would change it to Duel Channel?

The processor, 8th Generation Intel Core i5/i7, is recent enough to have a memory controller that supports the multi-channel architecture, and the manual of the motherboard specifies as above that it supports this architecture. These are two of the three conditions required for dual-memory.

The third condition is that the two memory modules must be completely identical. This means not only of the same speed, but completely identical in all attributes (of which there are many). This is why most memory vendors also sell kits of identical modules for activating the dual-channel mode.

One should not confuse here speed and bandwidth. Your memory will run at the very same speed under both dual and single modes. Under dual-mode, the bandwidth is doubled, but read on for performance notes.

This is what Wikipedia Multi-channel memory architecture says about performance:

Tom's Hardware found little significant difference between single-channel and dual-channel configurations in synthetic and gaming benchmarks (using a "modern (2007)" system setup). In its tests, dual channel gave at best a 5% speed increase in memory-intensive tasks. Another comparison by Laptop logic resulted in a similar conclusion for integrated graphics. The test results published by Tom's Hardware had a discrete graphics comparison.

Another benchmark performed by TweakTown, using SiSoftware Sandra, measured around 70% increase in performance of a quadruple-channel configuration, when compared to a dual-channel configuration. Other tests performed by TweakTown on the same subject showed no significant differences in performance, leading to a conclusion that not all benchmark software is up to the task of exploiting increased parallelism offered by the multi-channel memory configurations.

This is because each 64-bit channel connects to one RAM module. To perform effective 128-bit accesses, the software must simultaneously address the two modules, which only specifically-written software can do. Most applications and operating systems are not built with such difficult to program optimizations.

As CPUs become more and more multi-core, performance will increase with the parallel execution of programs on more than one core, where the bandwidth may possibly be more fully exploited. However, the cases when several RAM-intensive programs do run in parallel at the same time are usually few enough.

Single channel runs on one 64bit channel (one ram slot)for a total of 64bits of channel access.

buy dual channel ram in pairs and your ram will run faster (because of the access to 2x channels, it will STILL run at the same speed, in your case 2400Mhz - but with 2x channels it can send receive 128bits at one time instead of 64bits at one time, effectively doubling your data throughput) and it most likely WILL be noticeable unless all you do is surf the web and get your email

5
Should I be worrying about Single Channel and Double Channel for my RAM?
1
Help with RAM speeds? and Is dual Channel worth it?
2
Can a “Dual Rank Memory Module” be used as a single module and not have it affect other slots?
1
RAM doesn't work in dual channel
0
Unequal size dual channel ram, and lower-than-expected frequency
5
Blank memory slot information in CPU-Z?
3
Can't get dual-channel memory status from Linux — why?