My folder turned into a 'USB***' file

A folder (not the disk itself) containing misc. things in my flash drive turned into a single USBC[]ÇNY file when I was running the Sublime Text app. It has no modified-date, nothing, looks like something corrupted and the file manager says it's both 3.42 GB and 0 GB large.

My question is now how can that happen? I rant disk-check (dskchk) and a tool like Recuva and yet nothing got back. The best I got is, thanks to dskchk, disrupt that file, but it just had a USBC... header with most content nulled, and were just 32 KB., meaning it had nothing! How could I at least avoid that to happen? 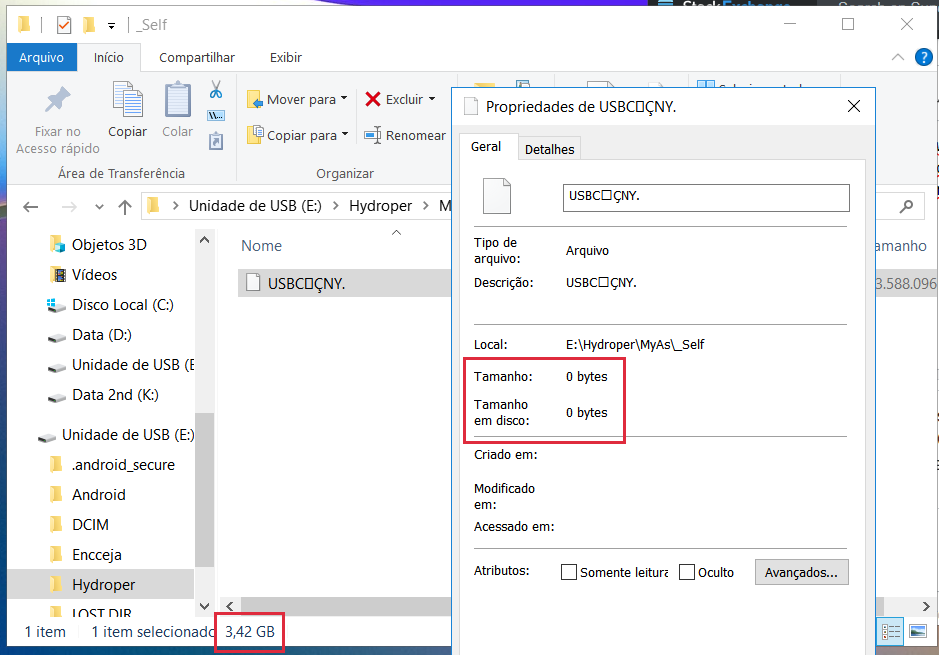 Before I tried dskchk and Recuva, I used WinRaR to open the USBC file and it said the file doesn't exist. I've tried renaming it too and it were still n't existing. Only the command prompt found it:

Yet more, that _Self folder just had a ascargo folder. That ascargo folder was open in Sublime Text (a workspace), so maybe that could be the issue?

Now I doubt I can really recover the content, but lucky it was just an experiment... I'd like to know how that happens.

Browse other questions tagged windows-10 usb sublime-text-3 or ask your own question.