In macOS can I show the program name in the title bar?

If I have a terminal window open and edit a file with vi, or cat a file.

And I have textedit open with that or a similar file.

The terminal doesn't say terminal in the window, though does at least say 'bash' at the top, or would say vi if I opened vi). Though the textedit window does not even say that.

I have to click a textedit window and look to the top of the screen, to see that it's textedit.

I don't need the whole menubar attached to the window. But there is a program called MenuEverywhere which would in theory help me since apparently it does at least attach the program name to a window. 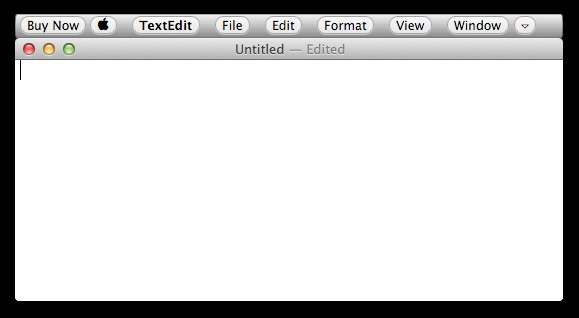 But when I try to install it it says

To rename your Terminal window, you can try to copy/paste the following command in the Terminal:

It will insert a new line in your ~/.bash_profile (so it will be permanent) that rename your Terminal title, then source the file to make it effective.

You can later edit your ~/.bash_profile to change the title as you wish.

Not the answer you're looking for? Browse other questions tagged macos macos-sierra or ask your own question.

18
MacOS Sierra - Full screen/multi desktop WITH menu bar
2
How can I determine the number of pages in multiple PDF files simaltaneously (mac)?
0
Investigate reason why MacBook became ultra slow after OS update
2
Running 'cat' on a file opens the print dialog?
7
Less seems to no longer accept mouse-scrolls in the Terminal in macOS
0
How can I run a single Terminal window or tab with zsh in macOS?