Can the serial-u16550 module be used with USB serial converter for MIDI?

For old PC's that had an onboard UART (I suppose one called U16550), there was a kernel module called snd-serial-u16550 that could be loaded and configured to exchange MIDI data between the Linux running on PC and the PSR550. Apparently one had to do the following:

Which would allow ALSA to recognize /dev/ttyS0 as a serial-MIDI interface, and in turn would be visible in JACKd as Serial MIDI (UART16550A).

However, since modern day PC's do not have onboard UART, I am using a generic (el-cheapo, PL2303 based) USB-Serial adapter that looks like this: 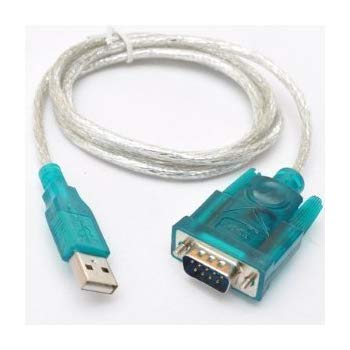 To first add the serial interface to the PC, and then use the Yamaha to-host cable to connect the Yamaha PSR550 keyboard to my PC to exchange MIDI information.

Given this approach, I suppose the USB-Serial adapter is firstly visibly as a different device i.e. /dev/ttyUSB0 (instead of /dev/ttyS0) and the UART I'm not sure can be considered as being fully compliant with U16550, wondering if the same set of command can be used to set it up, to become a valid ALSA serial-MIDI device and thus be recognized by JACKd as a valid Serial MIDI (UART16550) port? Or do I have to do something else to make this work ?

The snd-serial-u16550 module works only with 16550(-compatible) hardware, i.e., with COM ports accessed through the ISA bus on a motherboard.

There is a "ttyMIDI" tool that can bridge between any serial port and a software MIDI port, but it is intended for custom Arduino firmwares and speaks a simplified protocol that is not quite the same as MIDI. (And the Hairless MIDI to Serial Bridge appears to be designed to be compatible with ttyMIDI.)

As far as I am aware, there appears to be no software that would allow to use a To-Host cable with a modern computer. You have to buy a USB/MIDI adapter.

Not the answer you're looking for? Browse other questions tagged linux usb audio serial-port midi or ask your own question.

7
What would multiple serial ports be used for?
4
How can I find out what chip is used in USB <-> Serial (RS232) converter from FTDI?
1
Usb to Serial RS232 adapter with full handshake/flowcontrol support
0
FT232 USB-Serial not usable with deamon
2
Can I use an UART (serial port) as a MIDI device in Linux?
1
USB to wireless
0
Extra created /dev/ttyUSB blocks usage of custom udev config-ed dev-file
0
Putty serial port access to RS-232 console showing double character display with USB/Serial cable