I bought a Lenovo Thinkpad X270 2 month ago and I needed to use Windows and OpenBSD on 2 differents hard drive. Fortunately, this Thinkpad had a free PCI-e port available NVMe compatible (M.2 2242 format), I bought a Transcend TS256GMTS400.

After 3 weeks without any kind of issue, the Transcend seemed defectuous and after a simple smartctl test, my system (running OpenBSD at this time) crashed. The Transcend hard disk was not usable anymore and my OpenBSD data was gone.

I decided to try another brand, I bought this time a Toshiba RC100 240G. I installed OpenBSD on it for a first time, but, this new disk did not appear when I press the F12 key at startup for choosing the boot device. Strange thing, because the transcend was present on the boot list. So, I decided to try to reinstall OpenBSD a second time: same issue. I tried to install Linux Mint and... I still can't see the disk on the boot device list!

For your information, if I plug an USB drive, I can see it on the boot device list, I can also the other NVMe disk (samsung), my first transcend disk was also present on this list.

The disk is present during the BIOS diagnostic at startup, but I cannot choose it when I want to select my bootable device. I tried different configuration on the BIOS with UEFI, Legacy method and nothing work.

Do you have an idea why? Maybe I missed something during the configuration or NVMe devices are not seen like a disk by the bios?

I don't find a clean solution, and does't solve my first issue: where is my NVMe hard drive in the boot list, but it gives the opportunity to switch from windows to OpenBSD on the UEFI boot list.

On Windows, I used diskpart tool to mount the EFI partition and remove ubuntu directory, moved also Boot directory to Boot.old. I did not touch the Windows directory.

On OpenBSD, or whatever unix system, I created a Boot directory in EFI partition and copied the file bootx64.efi in it. I can now boot on the Toshiba hard drive with the Samsung one. I did the same with an USB flash drive, and work.

At boot, you should see the OpenBSD bootprompt, you must set manually your booting device, sr drive for NVMe. Here the code sample:

Only one NVMe disk can boot

If you have 2 NVMe disks on your Thinkpad X270, it seems you can only boot on one of them, here the solution given by incidentflux on the Lenovo Forum:

A dual drive SSD config is possible as follows:

When ordering, the SATA or m.2 NVMe option, the cable Lenovo provides, for m.2 nvme SSD is key to your future expansion.

Does not answer my question, but give you some hints of you need to buy a Lenovo Thinkpad X270 and add another drive. Anyway, if you are like me and don't really understand what is B or M keying, you can find more information about that on Republic of Gamers website. The big picture: it is the numbers of pins (socket) on the PCI-e connector of your NVMe SSD. 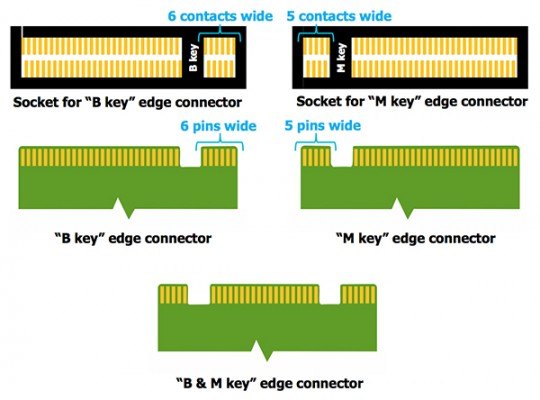 I would check the X270 Hardware Maintenance Manual. It seems that it is possible to have 2 NVMe, a person has described his solution on Lenovo Forums site here.

Not the answer you're looking for? Browse other questions tagged linux windows boot uefi openbsd or ask your own question.