How does one remove the BIOS password (I know the password)? The reason I am asking is that the BOOT priority on my laptop is messed up in my BIOS settings and installation disks are not booting now, it goes straight to the OS (can't access the BIOS menu anymore).

Boot from CD/DWD and USB is not working currently. - main issue

I can't enter BIOS pressing F2 before or after the password screen (right password). The F2 key is working fine - I can rename files with it, tested it as well here- w3keys, key-code 113 (F2)

BIOS is not accessible w/ or w/o SSD. I was able to get into F10 (boot menu), it seems that having USB bootable inserted on system start + F10 did the trick (BIOS is still not available). However, the Boot Menu is empty with exception for "ubuntu" and App Menu is empty as well (image of the Boot Menu below). 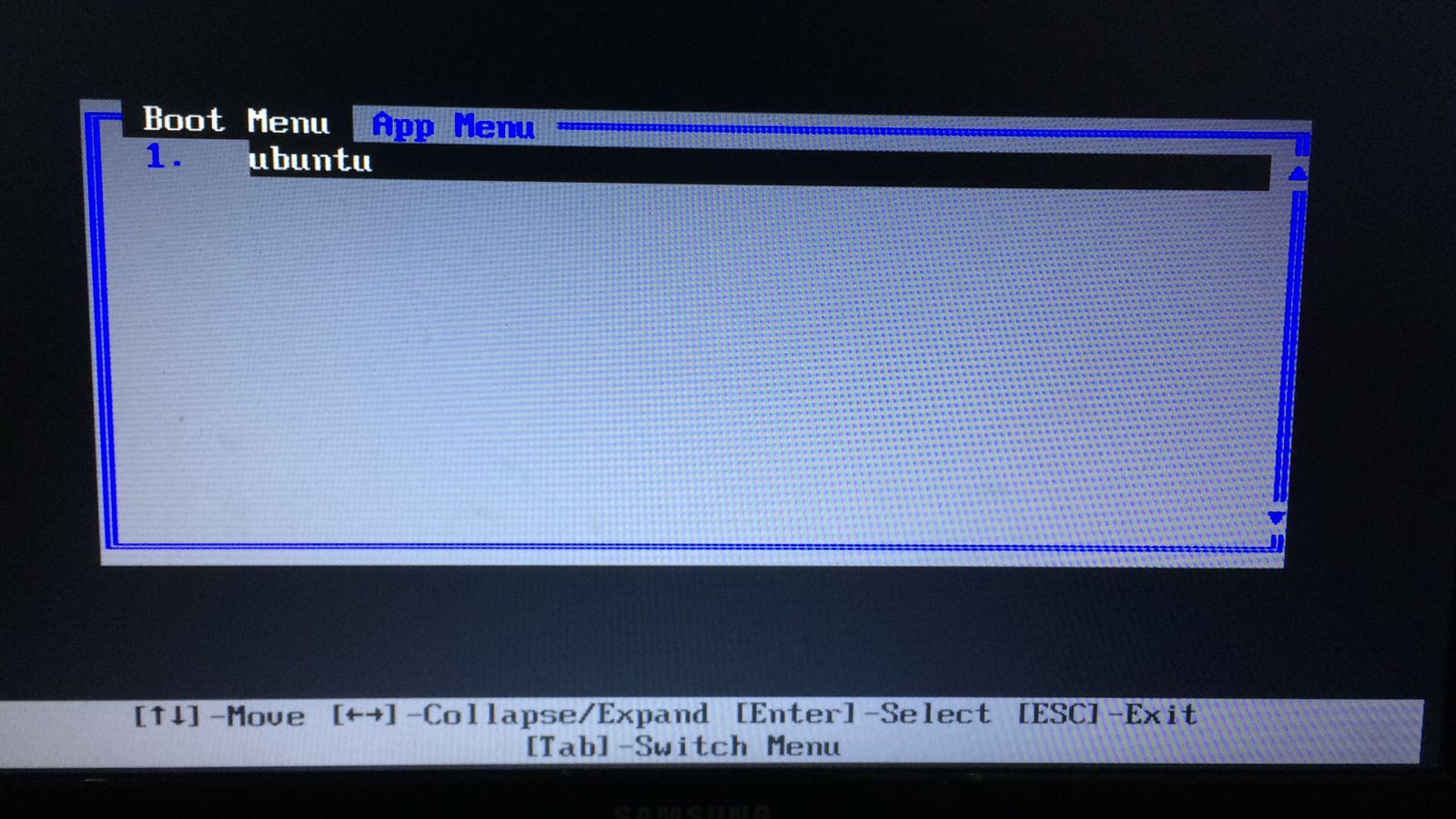 Screenshot of my SSD drive (it might be helpful). 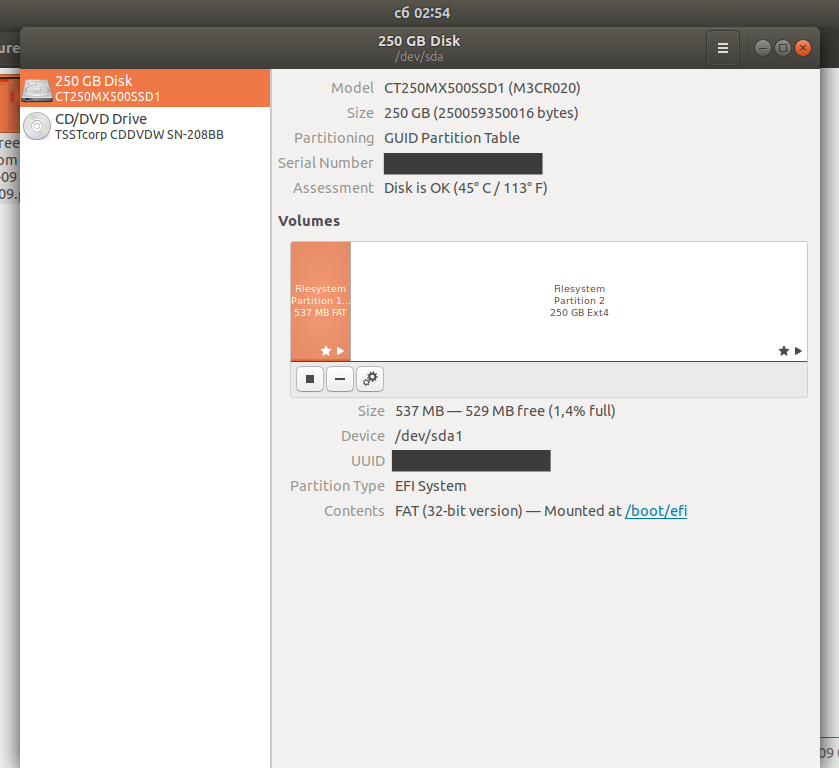 There are two courses of action that you can take. As others have said, flashing your firmware is an option, but it may not be enough. Flashing the firmware is writing to its flash memory, rather than the CMOS, which stores the actual user configurations/settings. A good option here would be to reset, rather than flash, your firmware. This is done by opening up the computer and removing your CMOS battery. (Also, a misconception: this is the UEFI, not the BIOS; those are two completely different things).

A little bit of background: the CMOS is a type of RAM that needs constant power to store its settings. If it loses power, then it loses its changes and resets back to its defaults, which are hardcoded into the CMOS itself. Removing the CMOS battery is basically resetting it to factory defaults, but it is more foolproof than resetting it from your UEFI, which you cannot do anyway.

The process may vary from computer to computer, and you may have to crack open your case with force on some newer laptops. Make sure you have a grounding wristband or at least ground yourself before opening up the case, because static electricity can damage your motherboard (grounding wristbands are super cheap, you can find one readily on Amazon for $5). When you find the UEFI chip(s), the CMOS battery is somewhere around; it is a circular, almost flat, silver cylinder. Take it out gently (making sure you are grounded before), and wait for 5 minutes before inserting it back in.

Reference this for a detailed explanation and pictures.

I believe you have gotten the BIOS itself somehow in a bad shape. Perhaps flashing it again will reset it to default values.

The BIOS for the NP300 is for the NP300E5A model, with this direct download link. If you may give me your exact model I could be more specific, as the one I found may not suite your computer model. This BIOS update dates from November 24, 2011, version 1.0.0.2.

The problem is that this BIOS is to be used with Windows and is distributed as an .exe file, so you will need a Windows environment for executing it.

You may create a bootable DOS USB using Rufus on Windows or UNetbootin for all major OS, then copy the BIOS update executable to the USB disk. You will need a DOS boot ISO file, you could maybe use SeaTools or find another one.

Please see external link to discussion about various ways of getting into BIOS (source - ifixit.com).

Can't get to BIOS boot menu

I see you've tried it without the SSD/HDD which I'd hope would afford you more time to hit key to get into BIOS. Glad to see you've also tried Fn+F2, but without luck :(

Have you tried an external keyboard? I see another Samsung (Tablet) PC has you hit ESC repeatedly

It seems you only gave us part of the PC model, can you give us more details? I can attest the difficulty of getting into BIOS on some brands since it stumped me for 15-30min & I've been in the industry for over a decade.

The first answer with a superuser link suggest external keyboard & F10 amongst other things, please take a look at that.

Edit: Looks like that first answer no longer exists. It pointed to this superuser answer about trying Esc or F10, also with external keyboard & spamming those keys on the internal & external keyboard simultaneously. That page has another answer seemingly pointing out this issue & it may not be resolvable :( Thanks Samsung!

Another idea: remove the SSD/HDD as you really SHOULD be able to get into the BIOS/UEFI-setup regardless if that is connected. I'd also do a static discharge if you can: remove power cord, battery, hold power button 20sec, reconnect things & try again. If you can't do static discharge at least hold power button down to be sure you're getting a full shut down since many of Samsung's guides (link 1 & 2) mention doing something like this.

Not every laptop will erase password with battery remove. I've met lenovo, which has unknown bios password that cannot be reset, via unpluggin battery, main battery and a PSU power cord for a day. As their admin said (somewhere on lenovo support forums, sorry cannot remember a link): "that is done to prevent device theft". But I feel more that it is done to tivoify their hardware, so only them can control users. For example - to embed trojans (like "Windows Update" trojan program) - any updater is a trojan program, which remotely installs and runs desired software. And also to performsome kind of user spying - eg "what apps you lanch", "what games you play", "what payment systems you use", "how many money you have there", so on...

Nowadays that is given under a "Know-Your-Customer" sauce, and is tied purely to marketing/advertisements (Which I feel is a industry close to terrorism: terror/narcotics/ads has essentially same goals: "hard user GANG").

So sometimes you cannot remove bios without soldering iron: you may have to look at instrucitions like these, with your model. But better sell this piece of.. hardware, and buy yourself a good hardware which is "unlocked"by default.

Not the answer you're looking for? Browse other questions tagged bios ubuntu-18.04 or ask your own question.