What 'speed percentage' is referred in Windows update delivery optimization, 'interface' speed or broadband connection speed? I ask this because I'm on a good LAN, but network connection is slow ~4Mbit/s, so I want to still be able to work even though Windows is updating.

Also is there a way to tell Windows to download updates at night because working time works only for install time and bandwidth is really limited.

Example: My PC has a gigabit ethernet card connected to a gigabit cable router, but with only a 4 megabit/s DSL. Does 5% refer to gigabit LAN speed, so 5% is 50 megabit/s (de facto useless in my case) or to DSL broadband so 5% is 200 kilobit/s, and lets me use the network while Windows is updating? 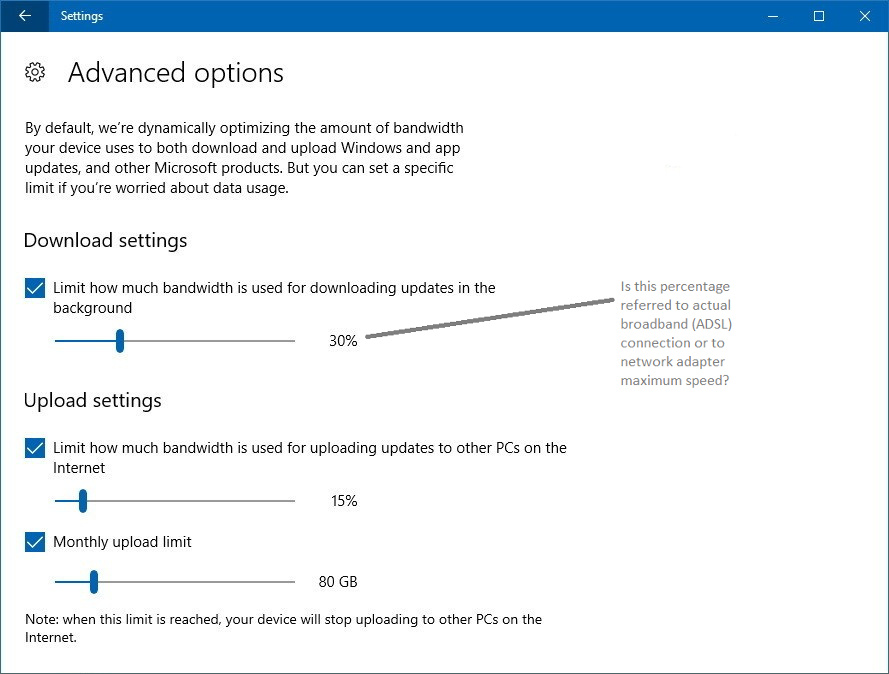