I have an HDD I removed from an old Toshiba laptop that I had way back which had a problem with its power jack. I managed to switch the HDD with another external HDD's docking station. I gave the laptop to a cousin of mine and when I was at his place, his Windows 7 laptop was able to read the HDD without problems.

However, when I connect it to my Windows 10 laptop, it shows up as an unformatted drive with 0 bytes. In Disk Management, it comes up as RAW. There's absolutely nothing wrong with the drive. It's just that Windows 10 can't read it.

I used MiniTool to browse the HDD and sure enough it was able to list the partition and files. The scary part is that MiniTool was able to read files that I had long deleted before entirely formatting the drive and installing a new OS. :/

So, is there a way to make Windows 10 to be able to read the disk without having to backup/restore? Thanks. 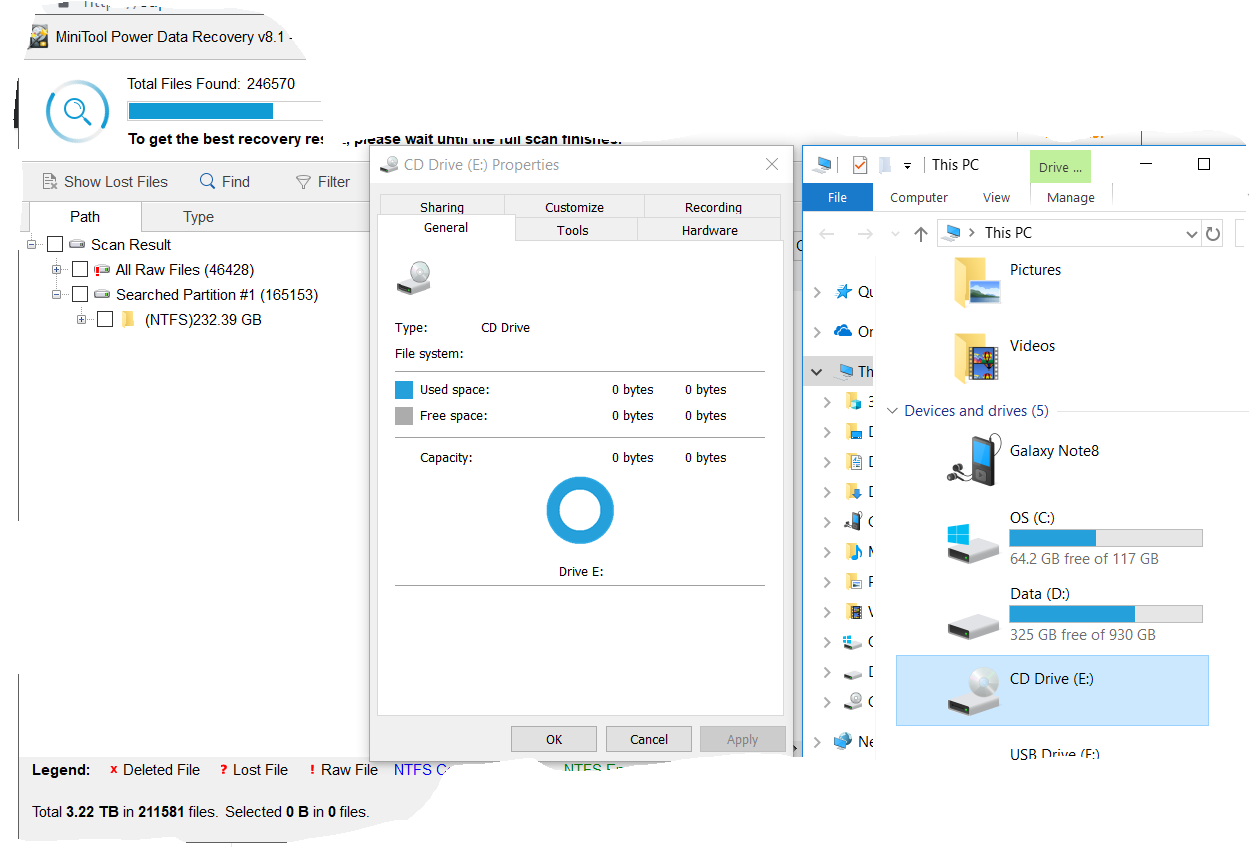 Browse other questions tagged windows-7 external-hard-drive partition-recovery raw or ask your own question.

0
External HDD disconnects whenever computer try to access any files
1
Parted Magic filesystem went RAW of external HDD
0
How to simultaneously use 2 external monitors and the laptop screen with Dell Latitude E5430
11
How to fix a partition detected as RAW, when Chkdsk correctly reads it as NTFS?
0
How to connect External Linux HDD to Virtualbox VM