Can a monitor with Thunderbolt 3 have video-in and power-out using the same cable?

It is my understanding that the laptop can be charged using as little as 45W using USB-C or Thunderbolt 3, the monitor has a Thunderbolt 3 port capable of 85W and therefore the screen effectively can charge the Laptop, but what's not clear is can I output video from the Laptop to Monitor, and then from the same cable power the laptop? I am aware that Thunderbolt is bi-directional for DATA but not sure if this includes power.

These are the ports on the devices:

Both Thunderbolt 3 Description of both ports:

Supports USB 3.1 Gen 2 Type-C, DisplayPort 1.2, Thunderbolt 3 and also enables you to connect to an external display using a display adapter. Provides data transfer rates up to 10 Gbps for USB 3.1 Gen 2 and up to 40 Gbps for Thunderbolt 3. Supports Power Delivery that enables two-way power supply between devices. Provides up to 5 V/3 A power output that enables faster charging. 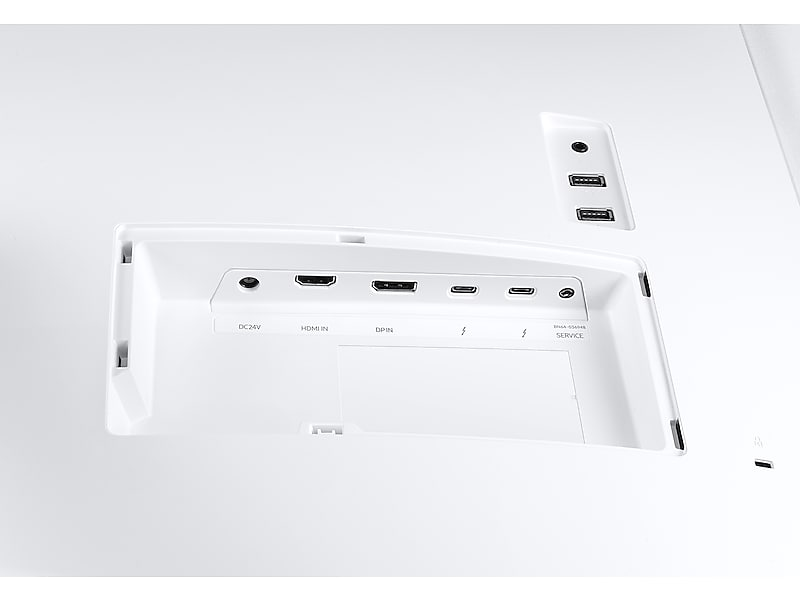 The ports that you see on the back are:

When connecting two USB C devices together with an appropriate cable the following happens:

I've used Thunderbolt connections to connect two computers before, getting what was in effect a very fast Ethernet connection. This shows that Thunderbolt is not only bidirectional but also peer-to-peer.

The ports will source and sink power but this is more a function of the USB-PD protocol on the ports than Thunderbolt. The amount of power a device can source will rarely match how much it can sink.

If I connect a 100W 40GBPS capable Thunderbolt 3 cable from the Laptop to the screen, will it charge the laptop?

USB-C cables will be rated as 3 amp or 5 amp. Some cables will be listed as 60 watt or 100 watt but internally the device sinking power will use USB-PD to query the cable on current carrying capacity (not power), query the power supply on voltage and current, then determine safe power draw from that.

and will it send video to the monitor?

The idea is to have the screen powered by the included Samsung AC-DC 24v Adapter and the laptop via Thunderbolt 3 from the screen, ideally, using just one cable!

It will do that.

It's been a while since this question was posted and no answer has been accepted. I thought I'd add my own answer.

Above is the TL:DR. What follows is more technical details.

USB-C groups three relatively independent functions together in one connector. There's contacts for a USB 2.0 connection. There's contacts for power transfer, including a means to negotiate which device will sink or source power and at what voltage and power. The third part is the "superspeed" data lanes which can be broken down further to allow each of the 4 lanes to work independently, in pairs, or bundled all together to appear as a single data path.

There are non-Thunderbolt displays that will use USB-C to connect to a host. It appears that they will negotiate if there will be lanes available for USB 3.1 downstream based on the screen resolution and refresh rate. Each lane supports up to 10 Gbps and if the DisplayPort video channel needs more than 20 Gbps then it will take another "superspeed" lane and not leave a pair of lanes for USB 3.1. USB 2.0 devices connected to the downstream USB ports on the display will still work as USB 2.0 has a separate channel on the USB-C connector. With Thunderbolt a USB 3.1 controller in the display can fit Thunderbolt packets carrying USB data in between the DisplayPort packets on the cable to the host. Technically it's not USB and DisplayPort sharing the data lanes but in effect this is a distinction without a difference.

USB-C displays can certainly source or sink power. Displays that source power will be like the one you are asking about, displays that are relatively large and built to sit on a desk. These will not sink power from a computer, and since USB-C ports on computers provide 5 volts at 3 amps and such large displays will need more than 15 watts to work this is not likely to change. I have yet to see a computer that sources anything other than 5 volts at up to 3 amps, and for a number of reasons I expect the chances of finding anything different to be slim to none. There are small drawing tablets with built in displays that will use USB-C for the connected computer to source power and video. They then allow for input from the user by fingers or a stylus on the screen.

There's many other modes that USB-C ports can go into, some of which don't break down into a trio of USB 2.0, USB-PD, and "superspeed" connections. That would require a much longer discussion and this is already long enough.

Not the answer you're looking for? Browse other questions tagged laptop video thunderbolt usb-c or ask your own question.

1
USB-C (thunderbolt) on XPS to Displayport: What is the trick?
0
Can a USB-C port be used for video (maybe audio too), data and power transfer simultaneously?
1
Can a computer output video and charge on the same USB-C Thunderbolt port?
2
What's the compatibility story for DisplayPort 1.4 and Thunderbolt 3.0?
1
Thunderbolt 3: Can I get "Power Delivery" *output* on a TB3 hub/chip?