Yesterday I installed windows 10 from a bootable USB (which contains a folder named efi so I think this bootable USB support both boot modes). But later I learned that UEFI mode is better than legacy (BIOS) mode. So I first confirmed which boot mode I am in by typing msinfo32 in run dialog and it display legacy.

I also checked my hard disk partition style, its MBR. I know I would need to convert to GPT partition style before I install windows 10 in UEFI mode.

But it says error disk is not convertible.

So how would I reinstall windows in UEFI mode ? Any help would highly appreciated. 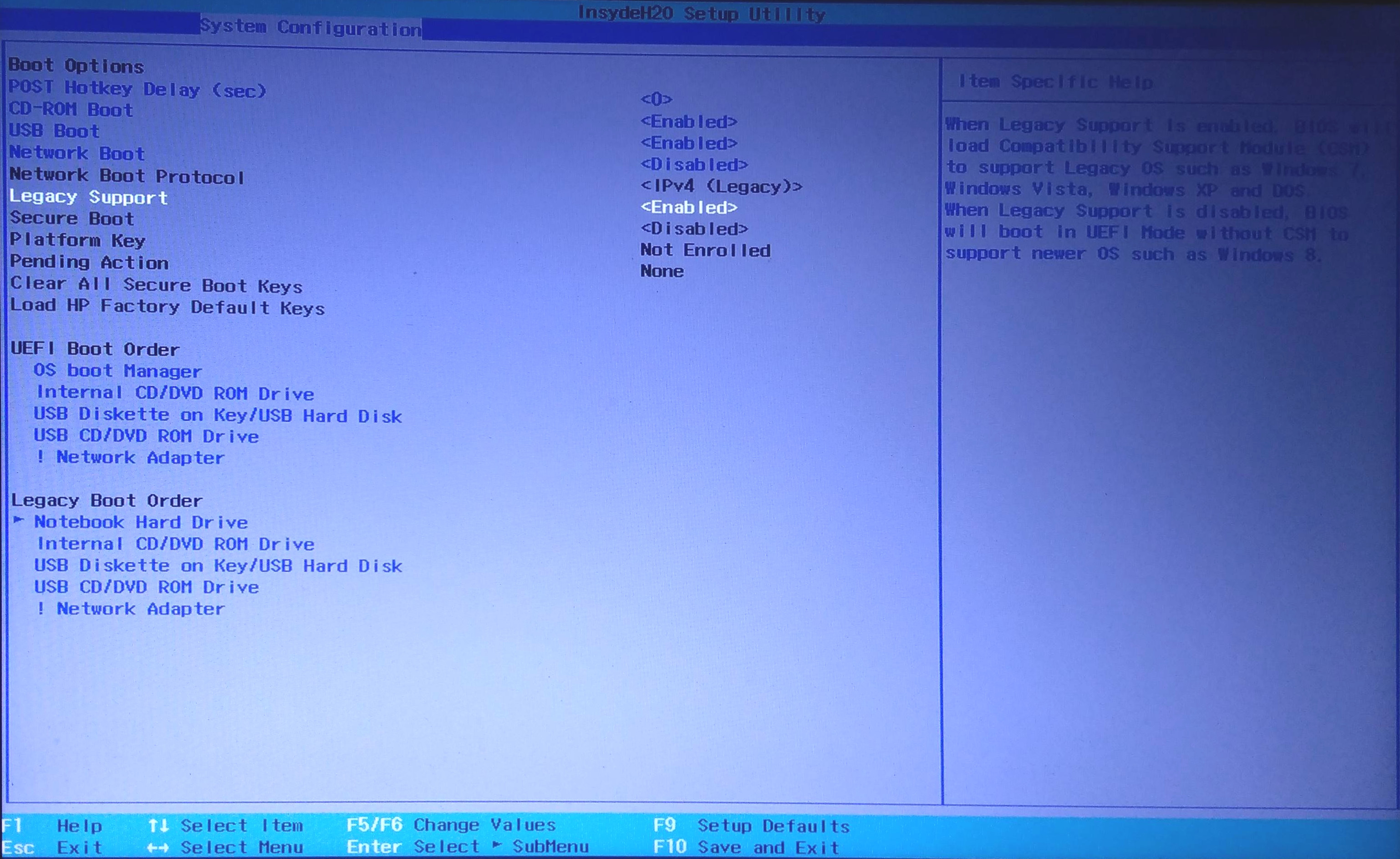 If I disable the legacy support I am still not able to select secure boot its still grayed. Would that cause any problems when installing windows in UEFI mode ?

it says error disk is not convertible.

diskpart only allows "converting" empty disks, so you'll need to delete all partitions using the clear command. If the disk has data that you want to keep, then your only choices are to upgrade to a Windows version that has mbr2gpt, or use third-party software.

also all of the third party softwares are paid

The most common third-party tool for in-place conversion is gdisk (aka gptfdisk), which costs $0.00. It has a Windows .exe version but is primarily a Linux tool; you can find it already present in many "live CDs/USBs" such as the Gparted CD.

At this point you can delete the Windows partitions and reinstall. Alternatively, you can manually create an EFI System Partition and use bcdboot (as documented in other threads) to convert the existing Windows installation to UEFI mode.

But if you don't want Windows Update to be slow, then why are you installing a three-year-old release in the first place?... Better just make a new Windows 10.1809 USB stick so that you'll get the features immediately after installation. (Preferably using the Media Creation Tool if you want UEFI support – I can no longer recommend Rufus.)

No need to reinstall at all. Recent Windows 10 versions ship with the MBR2GPT tool.

It has some prerequisites:

Given these are met, usage is straightforward:

The tool needs to be invoked from an elevated command prompt. The quickest way to get one is Win, type cmd, press Ctrl+Shift+Enter.

Secure Boot is not required for Windows.

I’m by no means an expert, but I think what you have to do is disable legacy support, to my understanding “legacy support” enables support for BIOS/MBR partitioned hard drives only and not UEFI/GPT partitioned hard drives, based on this, I would advise you to disable “legacy support” or if there is a UEFI option select that one, once that is done, you should be able to install Windows 10, and as soon as it’s finished installing, hit the Windows+R key, both keys at the same time and in the dialog box type “diskmgmt.msc” right click on drive 0 (or whatever number your hard drive is), then click “properties”, then click the tab “volumes”. If you see (GUID partition table) GPT you’re all good to go. Hope this helps you out!

Not the answer you're looking for? Browse other questions tagged windows-10 boot uefi or ask your own question.

2
How do I install Windows 7 32-bit on a UEFI-based system?
2
Normal ISO to UEFI bootable ISO converter?
2
Make Windows bootable in both UEFI and Legacy mode?
1
Can Windows 10 have a partition type of GPT with a UEFI boot mode?
0
Cannot boot with UEFI and cannot install image with BIOS - What do I do?