I just installed Android Studio and tried to run "Hello World!" for the very first time on the Android Studio Emulator.  The emulator works but the app isn't installed at all and doesn't run.  I got this message at the 4:Run tab:

I didn't find a solution so far; all solutions are concerned with Eclipse, not Android Studio.  I tried everything I could. 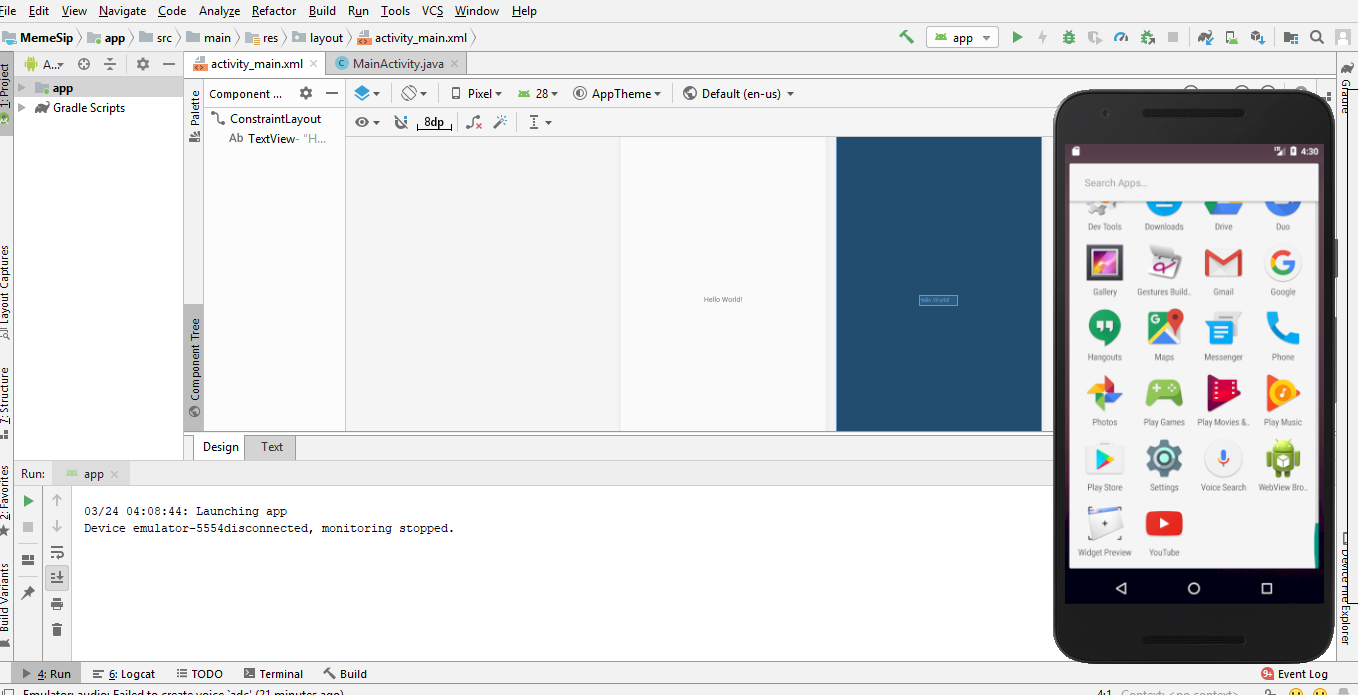 Had the same problem, and it seems Android Studio's list of devices does not match what is actually possible to use. Running avdmanager list avd on the command line told me this about the device I was trying to emulate:

The strange thing is that the emulator was running just fine, but the debug connection was dropping immediately after starting.

Running avdmanager list device gives me completely different options from the AVD Manager inside Android Studio. I don't know how to make them agree with each other, but I got around it by emulating a device I found in both lists (the Nexus 6P in my case).

Android Studio is based on Eclipse, so that one of the suggestions you didn't try might actually have helped. You should have also listed the solutions you already tried, because there are many reasons for this error code. Below is a small list:

These are only some of the solutions, and might not solve your problem.