I have Dell Latitude E6420 with Dell E-Port Replicator PRO3X (on the picture at the bottom).
I have two Lenovo L24q-10 monitors with maximum resolution of 2560x1440 (QHD).
One display (main) is connected via Display Port (DP) cable, other is connected in two similar ways over DVI-D (Dual Link) port: either DVI-D cable to DP, or DVI-D adapter to HDMI. HDMI supports QHD.

However, after PC boot, the second monitor stays in stand-by mode. If the resolution is set to the 1080p (1920x1080), it works normally.
Windows didn't offer higher resolution, but I have added QHD via Nvidia Control Panel (after drivers update, second monitor appeared normally). 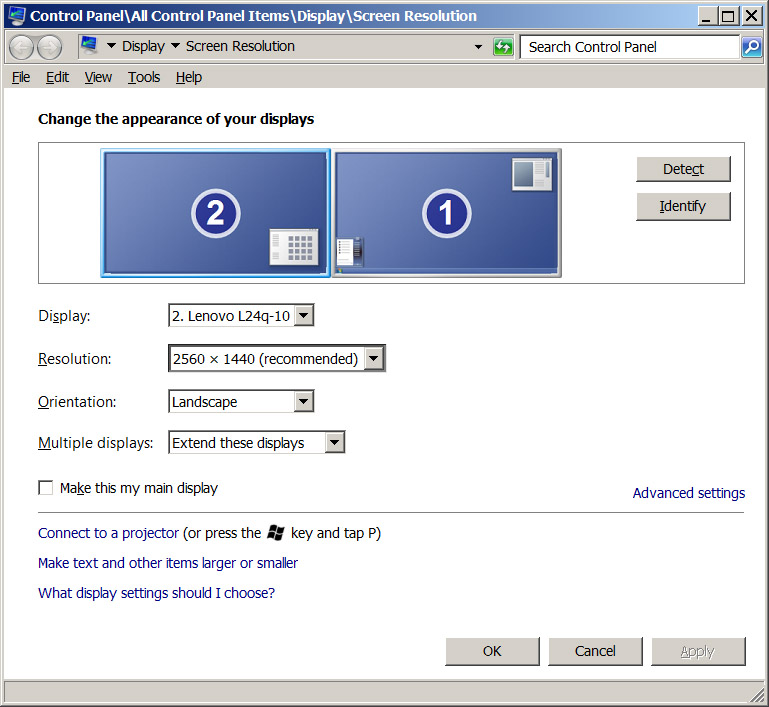 change resolution to 1600x900, click to the button "Apply", and after Windows asks to keep this settings, I click to the "Revert". After that, second monitor turns on and stays active until reboot.

My question is: why this is happening? Why the second monitor goes to the stand-by mode after PC booting? I have the latest BIOS update (A25) and latest drivers from Dell site. 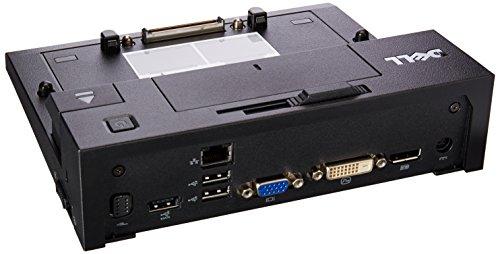 I did a quick google on the supported resolutions of your port replicator. It looks like only the display port can provide the resolution that you want.

Not the answer you're looking for? Browse other questions tagged windows-7 multiple-monitors dvi displayport dell-latitude or ask your own question.