How to change language for already written text in Microsoft Word?

I have several languages in a text document, and I want to fix the selected language for each word automatically. Already written text, not new text when I'm typing. Can I do it? If yes how to do it?

Yes, obviously. Just select the text and press the language button in the status bar 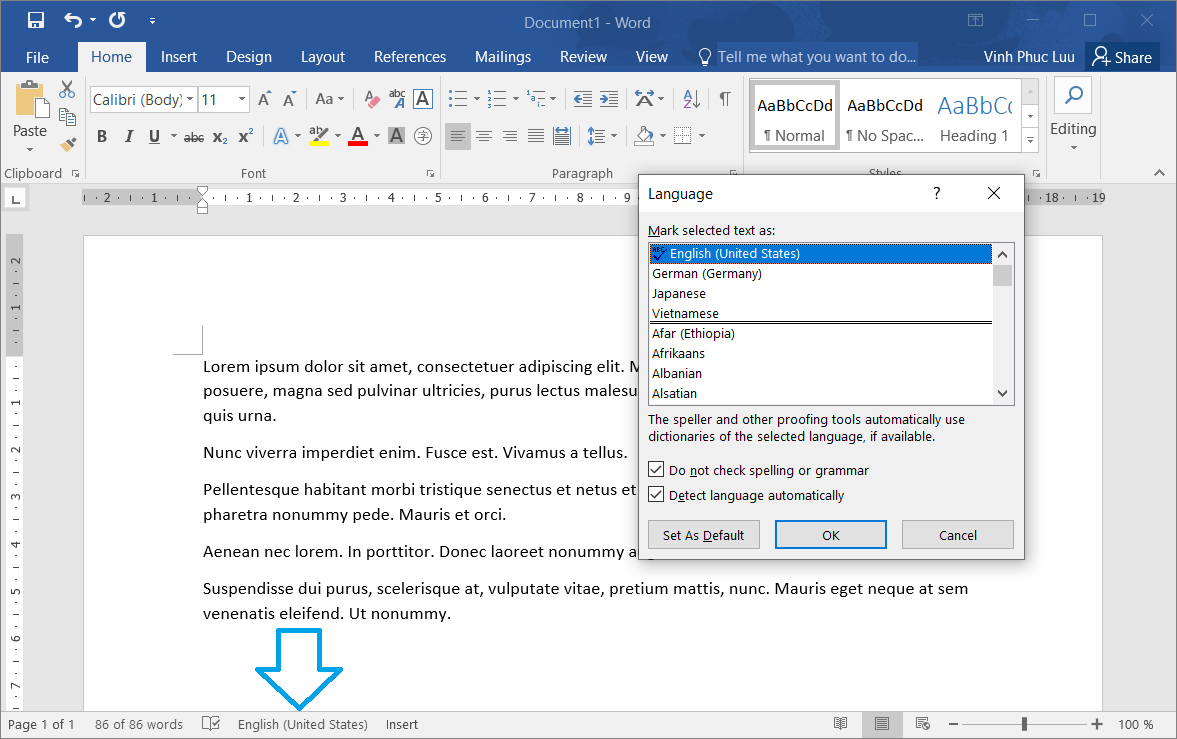 If your document has been written in multiple languages then things are trickier.

However the "Detect language automatically" feature often fails to work when you switch language during typing, or when you paste text in another language. So unfortunately you'll still have to use some VBA to change the language. You can call some external service or use the built-in language detection feature, but with finer tuning to make the result more desireable

Not the answer you're looking for? Browse other questions tagged microsoft-word microsoft-office language or ask your own question.