I thought it was just a registry error at first, but now another device on my network has the same "update" startup programs. Recently the other user also installed MS office 2016 free student edition. So maybe its associated? Though, her device also has another startup program called "program" with no other description either and her device is running very slow and showing signs of a breech.

When the desktop loads 3 black cmd windows pop up for a second. Nothing new in her programs list though and no positive correlation in task man to a process with high usage. 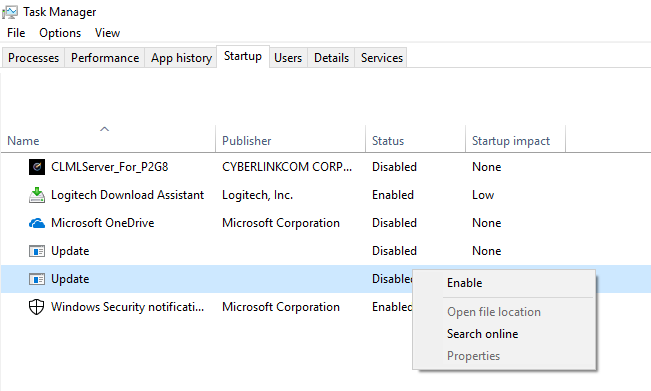 So, task manager>startup than on the upper row right click on "name" and click on "Command line" to show the file path aka file location. 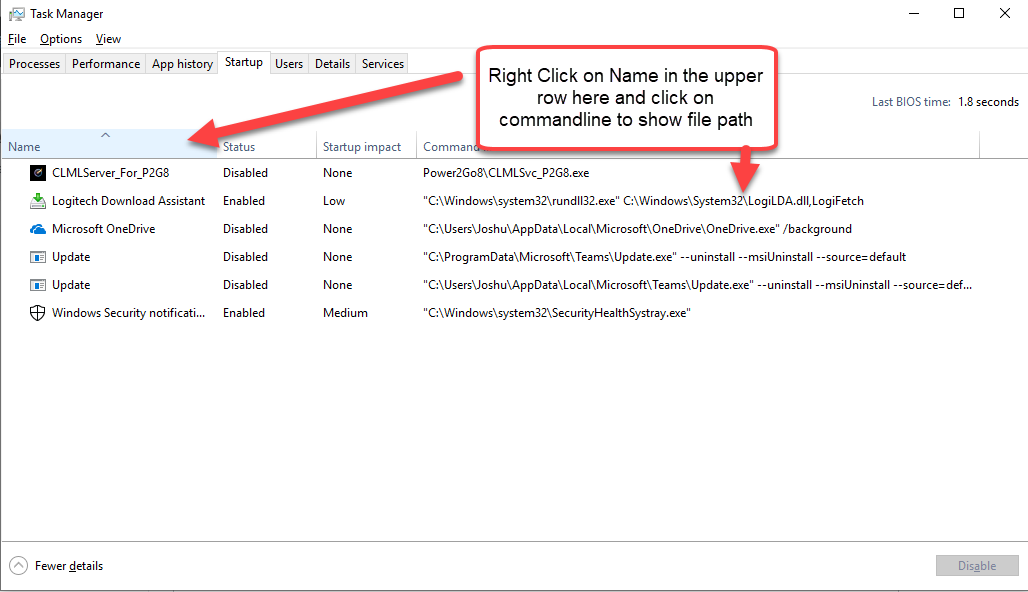 Not the answer you're looking for? Browse other questions tagged windows-10 virus updates or ask your own question.

0
Is it risky to give the option to make and install a new Linux kernel and driver on reboot?
6
How to provide sufficient permissions to the context menu entries of nVidia Control Panel in Win10?
5
finding location java_home in Windows 10
6
Thunderbolt™ Software installed itself on my laptop
1
How to find Skype in Windows automatic startup
2
Stop “Welcome To Office” screen from appearing