I use CTRL+SHIFT+F in various programs to perform a 'Find in Files' function. (Visual Studio & Atom for example)

I'm not sure what else to try. It stopped working when I upgraded from one Visual Studio version to the next available however it also simultaneously stopped working in Atom. Are there some other areas of settings that need to be flushed? I have to assume that was just a coincidence...

windows-10 keyboard keyboard-shortcuts
Share
Improve this question
asked May 6 '19 at 3:54

The culprit was Razer Cortex which had an FPS toggle claiming the hotkey...

I'm not sure why it worked through Chrome when testing the keyboard online however.

Or you could change the shortcut that Razer Cortex has like: 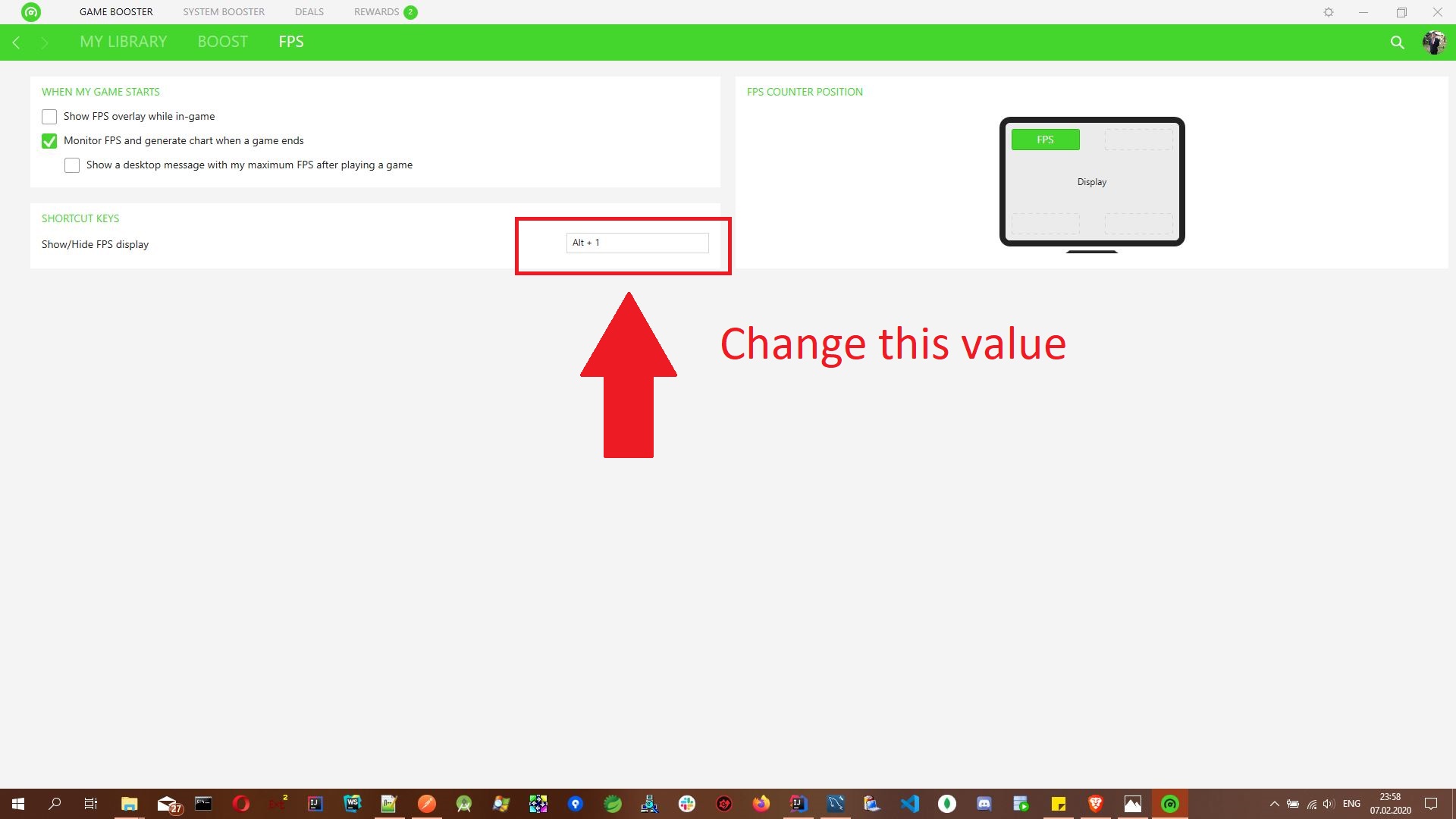 For the archives: I tripped on this bug with a software of mine today, I was still running Windows 10 1909 (not sure why Windows auto-update hadn't happened yet). I updated my Windows to 20H2 using the Update Assistant, and joyfully note: the bug seems to have been fixed by Microsoft: KeyDown-events for CTRL-ALT-SHIFT-F do occur again.

Not the answer you're looking for? Browse other questions tagged windows-10 keyboard keyboard-shortcuts or ask your own question.

131
How can I determine which process owns a hotkey in Windows?