There are 2 SATA ports on my motherboard (ASRock B450 Fatality K4) where HDDs are sometimes detected and sometimes not.

I've read the manual and it says that if one M.2 slot is occupied then SATA3-4 ports won't work. Ok, but I have no M.2 cards and SATA ports that don't work are A1 and A2: 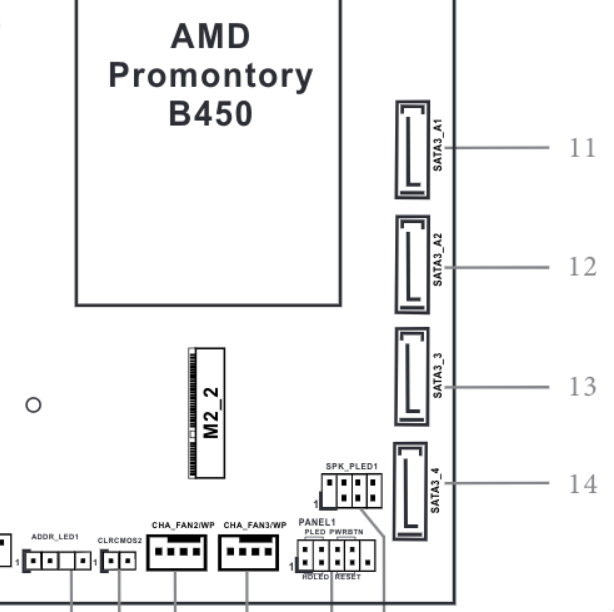 Here is one lucky boot with A1 detected: 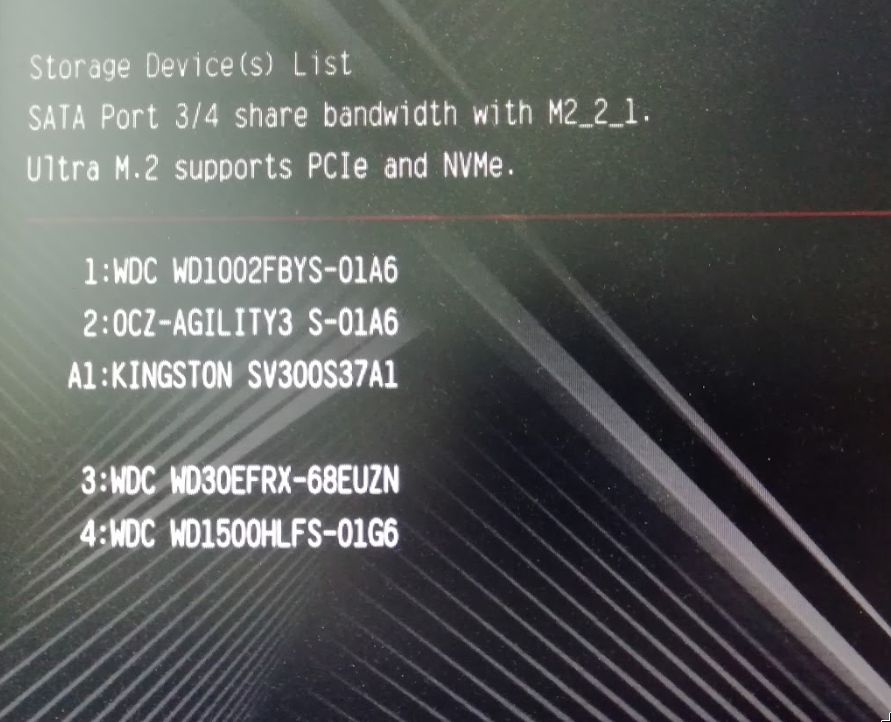 But I can reboot and it will disappear; or not. But in most cases it will.

PS. If I shutdown the PC there is a high probability that all HDDs will be detected on boot. The problem often happens exactly after rebooting.

In the picture - there is an SSD in A1 slot, but all of this happened with HDDs. I just want to test every case.

Those two SATA ports are controlled by ASMedia ASM1061.

I don't know if this controller is garbage or if exactly these 2 ports (controlled by ASM1061) were improperly made. But these 2 SATA ports don't work as they must.

that is very NOT likely to be fixed with a bios/efi update. Especially for a SATA disk, which is not new technology.

your problems are likely to be, because the connection is intermittent

systematically switch things out between sata data cable, sata power cable, different disk, and different sata port on motherboard until you determine the cause. It could also potentially be a bad disk (bad sata contoller on disk) but my experience is something like that doesn't manifest as a frequently intermittent problem, they just stop working altogether and the disk doesn't show up.

there is nothing wrong with ASmedia.

You could try disabling the "fast boot" option in bios. This function speeds up boot time by leaving some devices uninitialized during boot.

In my case, I remember it resulted into similar problems - some HDDs could sometimes be detected and other times not.

Not the answer you're looking for? Browse other questions tagged hard-drive motherboard sata or ask your own question.