Way to reset application after Windows 10 shrinks the virtual desktop?

We have a LG 4k TV connected to a laptop, to be used as a second monitor connected via HDMI. Generally speaking, it works well.

The only issues arise when the monitors shut off to save power (this was set in Power and Sleep Settings / Screen / When plugged in, turn off after X minutes). The PC is not set to Sleep at all, because we often need to log in remotely, and it needs to be awake to do do. We have a particular app running, which spans both monitors.

Usually, if the PC reaches the idle time, and powers off the monitors, the TV will stay on a while with a "No Signal" message. After a while, the TV decides to power itself off.

Usually, when we 'wake' the computer (not actually waking, because it wasn't sleeping, just monitors off), and power on the tv, it works as expected.

The problem is that about 20% of the time, Windows apparently momentarily perceives the monitor as disconnected, because it resets the virtual desktop to be just the native laptop monitor. It then realizes the TV IS connected, so ultimately the main application we run can still span both monitors, but going forward, all drop downs (menus or comboboxes) only appear on the native laptop monitor, even though the actual GUI items may be on the other monitor.

It's as if the application was told by windows of the reduced available monitors, then never gets re-updated when the 2nd monitor again gets perceived by Windows.

This particular app is fairly slow to open or close (1-2 minutes), so just restarting the app isn't the most optimal solution.

I know this is a strange, convoluted issue. Any suggestions would be greatly appreciated, either on how to get the app to show menus dropdowns in the correct positions, or to prevent Windows from resetting the virtual desktop in the first place.

In one very long thread on this problem, started in January 2010, Disable 'Monitor Off' detection, how?, one solution that more than one person found to work, was disconnecting pin 19 of the HDMI cable (you might consider buying a cheap cable for testing) : 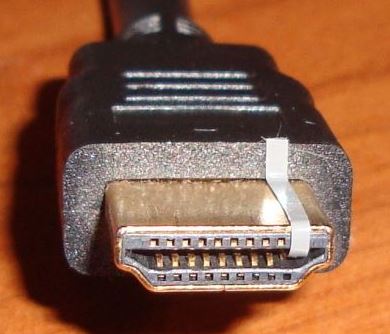 Not the answer you're looking for? Browse other questions tagged windows-10 multiple-monitors tv virtual-desktop or ask your own question.

3
Windows 10 virtual desktops, make second monitor not change/static
0
Monitor keep goes ON and STANDBY while screen turned OFF
2
Windows 10 cycles between waking the external monitor before going back to sleep when using USB-C
0
When using a secondary monitor with Windows 10 gaming PC, the computer freezes when waking from sleep