How to upgrade to Windows 10 1903 with Users and OS on different drives?

How to upgrade to Windows 10 1903 with Users and OS on different drives?

I have an Ausus FX503VD which has a 128GB M.2 SSD and 1TB HDD. I initially installed Windows 10 on the SSD (C:) and changed the Program Files and Users path to point to the HDD (D:). I did this because I migrated from a single drive PC whose Users directory was well larger than 128GB. So I though I could separate the operating system and other files and also take advantage of the SSD for faster startup while at it. 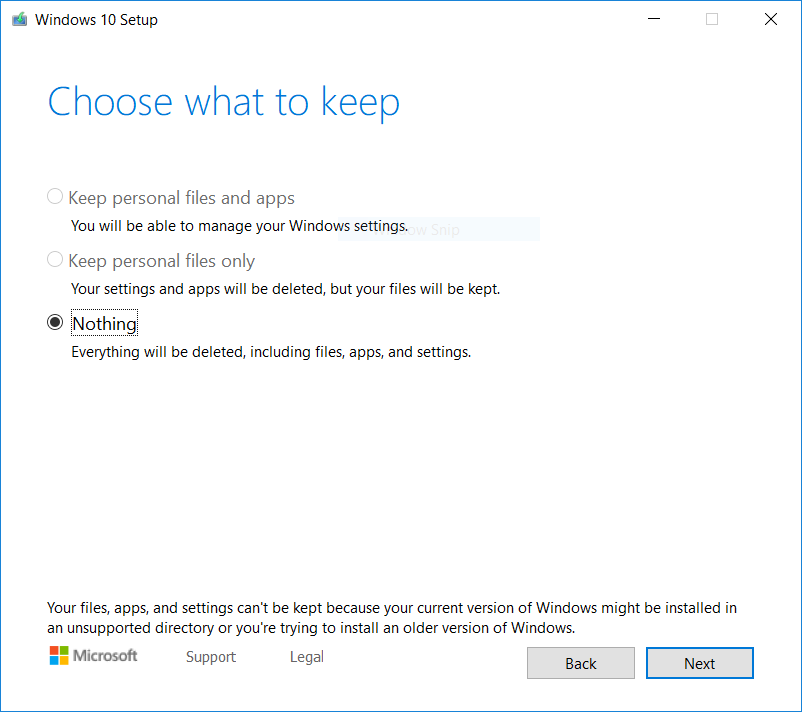 The languages are all the same: en-US.

It's obvious it's because of this change, yet I have been using this PC for a long time now that if I changed the Users path back to point to the C: drive some programs might break and I don't know which ones.

By the way, for the Programs Files directories, I simply created symbolic links from C:\ to D:. I couldn't do that for the Users directory because when I installed Windows on C:\ it created the default Users folder there.

Is there a way to force the update without losing my settings and files rather do an upgrade? And in the even that I do change the settings back, would I break access the Program Files and USers on D:\ due to incompatibility issues?

I was able to upgrade without losing any changes. Here's my detailed solution in order:

And the results (redacted some) of DIR C:\

Also, not sure whether this is relevant but I did the installation under the user profile that's on the same drive as Windows, since it's the same profile that was used to initially install Windows.

So, before moving/deleting the folders, make sure the destination folders have the same permissions as the source folders. You might want to do this before changing the paths in the Windows Registry because once Windows reboots, the new directories will be marked as read-only and the only way to modify some of them would be to log in as an Administrator or alternatively reboot into recovery mode.

Not the answer you're looking for? Browse other questions tagged windows-10-upgrade windows-10-v1803 windows-10-v1903 or ask your own question.