What are these Google SHA1 images? [closed]

If you look at this page you'll see an monochrome image. 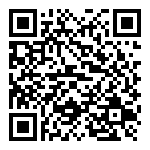 Tip: Use the SHA1 checksum shown to verify file integrity.

However, I don't know if that's related. What are these things?

It's a two-dimensional barcode (or QR Code). They are commonly used to encode a URL, which can be read by, for example, the camera on a mobile phone (with suitable decoding software).

In this case it is used to encode the URL of the zip file that can be downloaded on the same page. This can be confirmed by looking at the URL of the image itself:

which uses a Google API to generate the image, based on the file's URL. Or, one could decode the image online.

The image has nothing to do with the SHA1 checksum of the file. It is an image encoding of the URL.

As explained in other answers, the image could be used to transfer the URL from screen to a device with an optical input mechanism.

The SHA1 checksum of the file is printed below, and should be used to verify the integrity of the downloaded file (that it has not been corrupted in the file transfer).

On Linux you can generate the SHA1sum with sha1sum filename.zip and then see if your download went correctly.

3
Is there a utility to verify the checksums of every Windows file?
12
How does one verify the PGP RSA and/or DSA checksum signatures for putty?
2
Checksum for file rebuild
8
How to get Btrfs verify checksum for one file?
0
check whether (recursive) directory copy is identical
2
Are 7z-included checksums enough to verify backup integrity?
0
Are these strings the correct output to verify keys for file checksum?
0
PowerShell script to compute partial MD4 checksums