Is there a way to enter 'tab', 'function' or 'escape' keys as keyboard shortcuts for voice control Mac OS X?

I am using voice control in Catalina OS beta 5 to map various keyboard shortcuts to custom commands. Most key shortcuts like "command-f" work just fine, but any key shortcut that uses either the 'tab', 'function' or 'escape' key cannot be mapped.

I would like to make a command to use 'function-right arrow'/left arrow, but it isn't accepting the function button...

I've tried copying and pasting key codes from the list included in the accepted answer of this question:

I am thinking about using AppleScript to tell 'System Events' to do a key press, but I would like to use a keyboard shortcut since it is simpler to implement.

Wenter image description hereould also like to automate hitting 'command-tab', but when I hit tab it unselects 'picker' (not sure what to call it..).

When creating new Dictation Commands, sometimes you need to be a little clever with your approach.

In Script Editor app, I pasted this following AppleScript code into a new Script Editor document and saved it as "Function Right Arrow.scpt"

Now with your new "Function Right Arrow.scpt" file selected in Finder (and with Enhanced Dictation enabled and active) speak the phrase outloud "Make This Speakable". As in the following image, you will see the options to set up your new Dictation Command 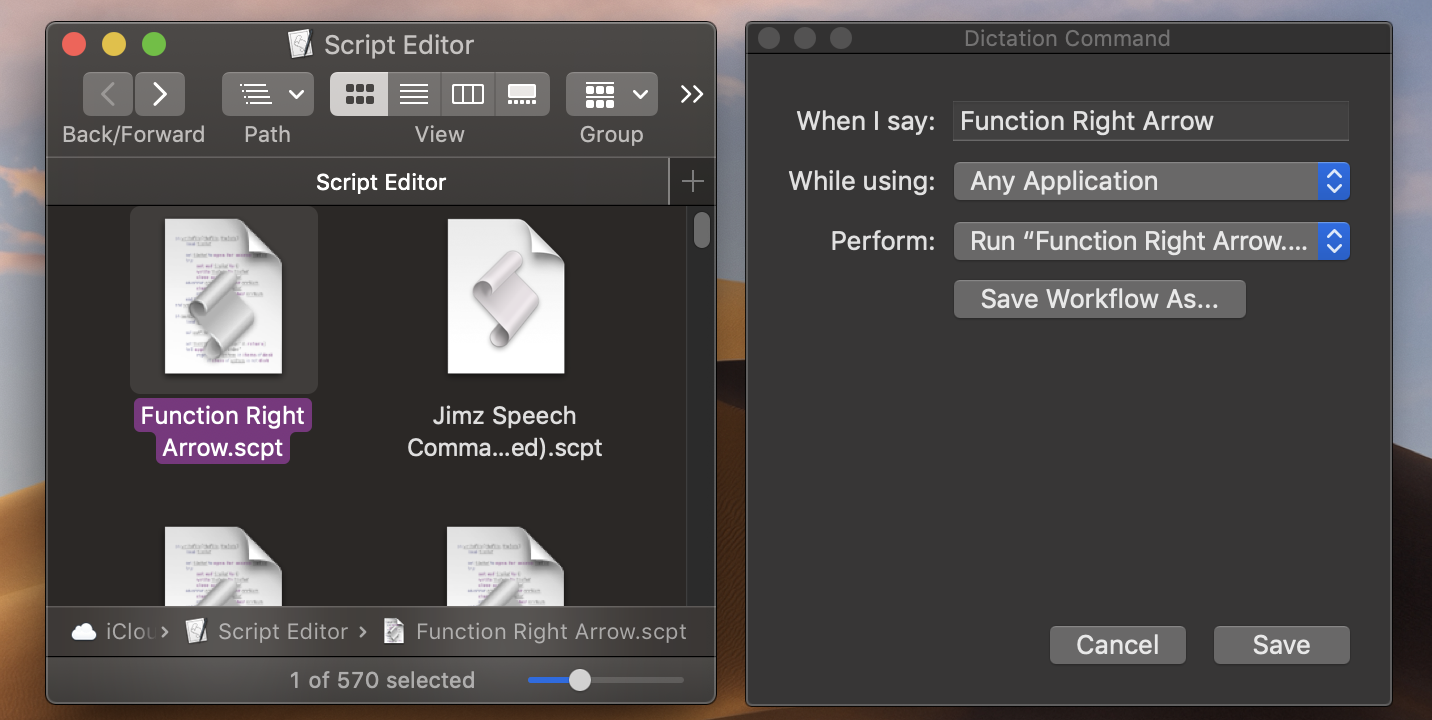 Then you would follow the exact same procedure a second time for fn + left arrow. The AppleScript code for that file would be...

Not the answer you're looking for? Browse other questions tagged macos keyboard-shortcuts applescript macos-catalina or ask your own question.