Just as a bit of a clarification, I have installed Linux on laptops in the past, as well as having a decent amount of experience using Linux distributions in VirtualBox, and I haven't seen this before. (Small edit: I have also managed to, without any problems or weirdness at all, install Ubuntu as my operating system instead of Windows 10. I have saved my Windows 10 product key in case I need it later though. For some reason, Ubuntu is the only distributions which has worked.) 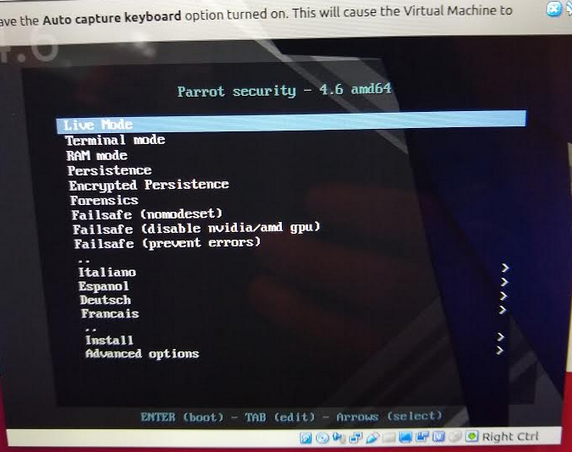 But instead, what I see is a very old-looking Grub screen which has the correct menu text, but doesn't have all of the things I otherwise expected to see. (I realize that these images and things don't really matter, but this is the main way I thought something might be going wrong).

I then select live from the menu in order to boot into a live version of Parrot, and I see this error: NVME0: missing or invalid SUBNQN field. I'm also attaching a photo of the boot message in case that's not the key message I should be looking at. 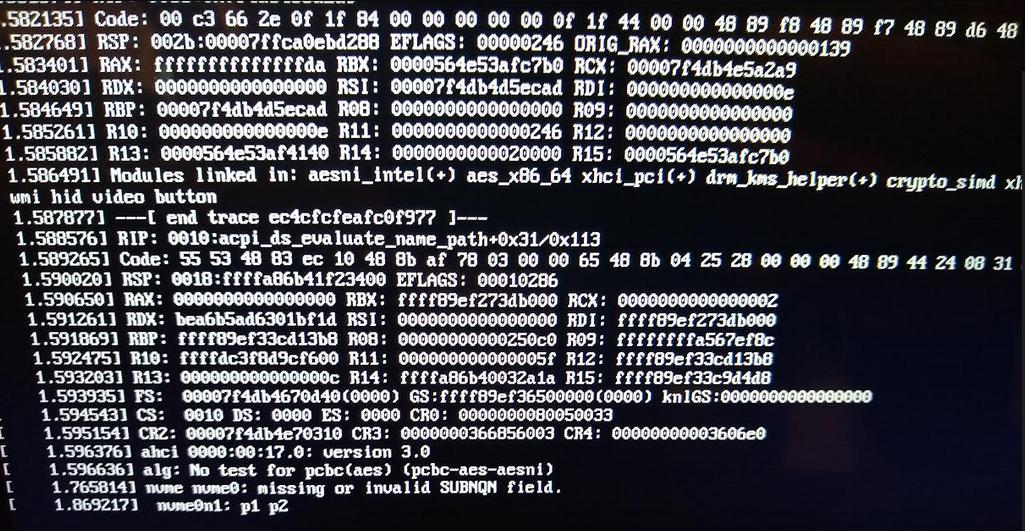 After this, the installation essentially freezes. Sometimes I can type text into a small white bar at the bottom of a pure blue screen, but that's it.

Also, if I leave it alone after clicking live, I will be given a cmd called BusyBox v1.30.1 (Debian 1:1 30.1-4) built-in shell (ash) with a prompt called (initramfs). When I type help to get the commands available, I am shown the following:

I just also noticed another thing which pops up with the BusyBox.

After which the BusyBox shell mentioned earlier is started. I can't figure out how come the live image can't be found, as the ISO was attempted to be booted live.

I used the dd operation and got a different error this time. It relates to the ACPI issues mentioned in the comments. Here is a picture. 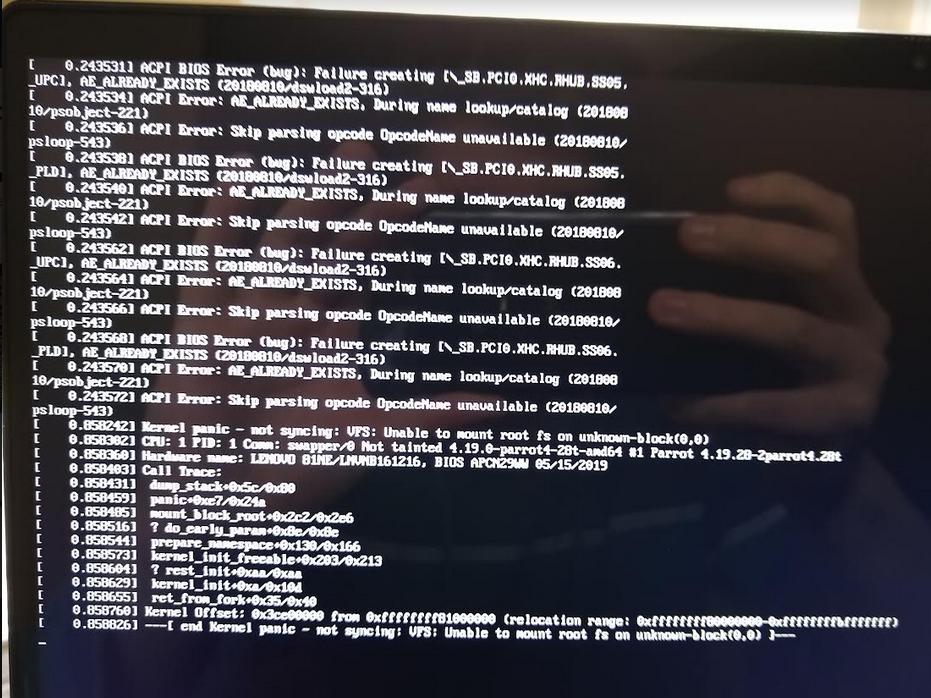 Any help would be appreciated, I am really hoping to get Parrot working on my laptop.

UPDATE: I haven't gone back to update the BIOS. I discovered that various flavors of Ubuntu work without issue on my hardware, and to prevent any screw-ups, I was content with that. It is interesting though, that Ubuntu is, as far as the distros I've tested, is the only one that works on my hardware. I expect it has something to do with the Ubuntu kernel being different than base Debian, since Debian itself also gives the errors described above. Distros I've tried are: Debian, Arch, Parrot, Ubuntu. I believe I tried a few others as well, but it's been long enough I don't remember anymore.

The added photo shows an ACPI BIOS error message. ACPI are the basic routines and API that the OS uses to work with the hardware: device detection and configuration, power management.
If it's buggy, stuff doesn't work.
Getting a BIOS update, with hopefully fixed ACPI tables, is the best first step.

And then, Linux can work around a lot of such bugs, or even install completely new tables. That means it can depend on your linux kernel version if there is a workaround or not (which is probably why your Ubuntu distro worked, but Parrot doesn't seem to). Trying the latest kernel is a fine second step.

As the previous link explains, ACPI tables can be upgraded via initrd, that also means different distributions can ship their own and different bugfixes and Ubuntu has a very widespread hardware user-base, so possibly the most diverse workarounds.

In order of effort, you could try to

Personally, I would consider going with Ubuntu, as it apparently works on the hardware. All the same tools that Parrot/Kali/... can bring you are most likely packages from the Debian base anyway and will also be available for install from the Ubuntu repositories. With enough effort, you could even make your Ubuntu look like Parrot, or even better, something that looks and works best for you.

(I certainly never had to switch from debian for the reason that another distro had some software I wanted, and I think a lot of people install these distros more for bragging rights than actual need.)

You can try to add acpi=strict option to kernel command line.

This issue was discribed in debian wiki InstallingDebianOn

Not the answer you're looking for? Browse other questions tagged linux boot laptop grub parrot-os or ask your own question.