Which exceptions should I add for WSL and Hyper-V in Avast Firewall?

I have my firewall blocking the WSL server (Ubuntu 18.04) only when running on Visual Studio Code. It is also preventing my Hyper-V VM (Ubuntu 19.04) to establish almost every connection to internet, for example sudo apt update or browsing (for some reason I can ping successfully though but I would't focus on this as of now).

After many trail and error efforts I have isolated and concluded that my firewall (Avast Premier) is the only culprit for this. Disabling the firewall for 10 mins allows me to do these two different operations, connect to WSL server from Visual Studio Code and also to navigate and update packages in my virtualized Ubuntu from Hyper-V.

What I have done so far:

I have checked that VSCode has all connections allowed in all ports (inbound and outbound): 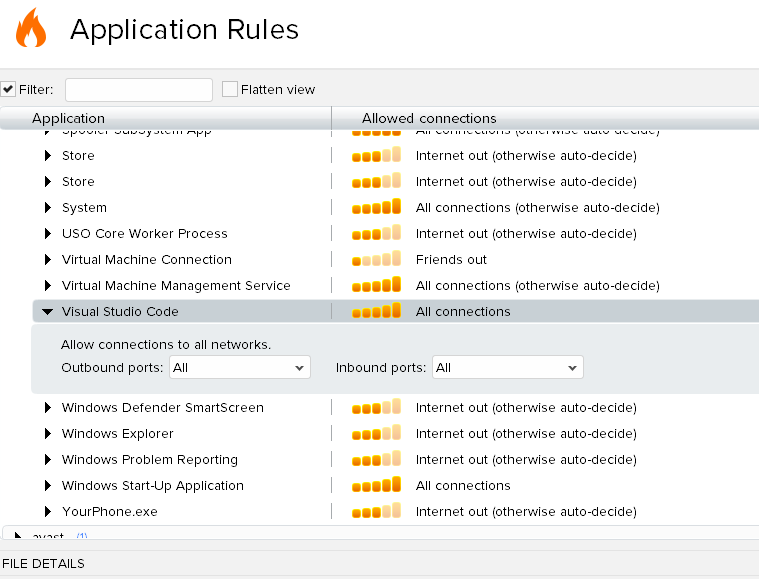 Allowing rules seem to be in place: 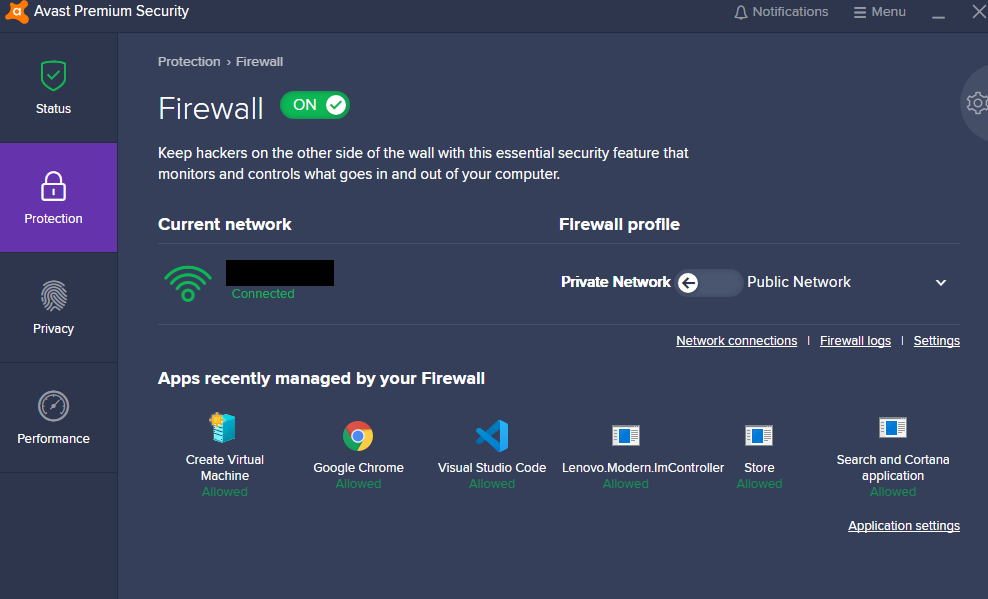 And also added VSCode to the antivirus exceptions list: 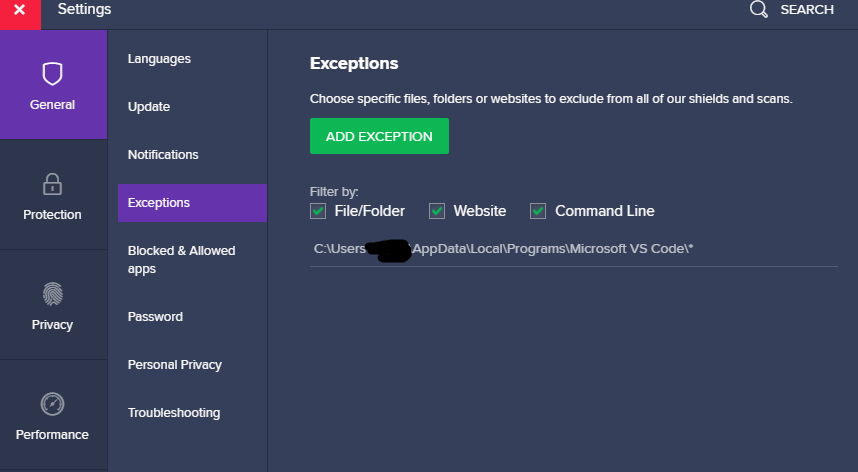 None of the actions above worked, only disabling the firewall.

What rules should I add to the firewall for allowing:

Notes: WSL works perfectly outside VSCode. I can even start a batch terminal from it (the connection from the left of status bar is what is the issue).

This is the output I get from WSL terminal in VSCode: 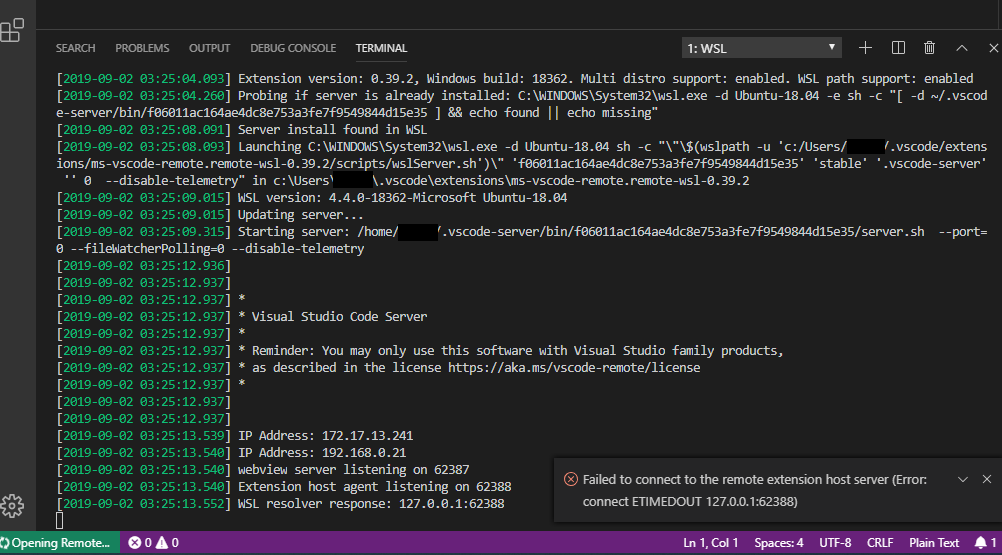 Avast. much like Windows Defender currently requires the entire Linux distribution to be exempted in order to run pico processes. This is an unacceptable risk to security in any corporate environment. What Avast needs to do is treat Pico processes the same way as Windows processes. Microsoft will soon be releasing an update to Windows Defender in "Skip-Ahead Insiders" builds that manage rules at per process/port level. Avast should implement a similar setup. There is a blog from 2016 Microsoft has provided to assist third-party vendors such as Avast to integrate with WSL. Here's the blog: https://blogs.msdn.microsoft.com/wsl/2016/11/01/wsl-antivirus-and-firewall-compatibility/

This post discusses pico processes, the foundation of WSL. It explains how pico processes work in Windows and goes into the history of how they came to be, the abstractions we decided to implement and the various use cases beyond WSL that emerged.

As far as I could find, the Ubuntu release in Windows resides in the following folders:

If the Avast Forums post is correct, these are the folders that are need to be exempt in Avast in order to allow the execution of Ubuntu.

As far as Avast settings are concerned, it has been advised to enable the following:

A reboot is required after enabling these settings.

These are all only workarounds, until Avast releases an update to support WSL. If the above workarounds don't work for you, you need to disable the Avast firewall while using WSL, or suspend Avast until they fix the problem. Until then, Windows Defender is good enough for most purposes.

Now restart VSCode and it may work. The full folder path will be different for different GNU/Linux distribution name. Do not mix the slashes in full path. See this Q&A to know how to get that path.

Not the answer you're looking for? Browse other questions tagged firewall hyper-v anti-virus windows-subsystem-for-linux avast or ask your own question.

24
Where is the Linux Subsystem's filesystem located in Windows 10?
2
Accessing Ubuntu data (like “/etc”) from Windows
1
How is WSL 2 different from a Virtual Machine?

4
SSH from a Ubuntu VM on Win 10 Hyper-V to Ubuntu on WSL
2
Unblocking Windows 10 Defender Firewall for MS SQL Server 2014
1
How can reverse-SSH be established with Windows Subsystem for Linux (WSL)?
0
VS2017 not downloading headers from WSL
1
Cannot PuTTY into Hyper-V VM (Ubuntu 18 server)