As stated in the title, I’ve got an ATA security-locked hard drive that I cannot seem to unlock. The locking happened after I started an ATA security-enhanced erase from Ubuntu’s Disks utility. The power went out in the middle of the process and upon the next boot, I could not do anything with the drive other than view its SMART status. I’ve chased a number of leads and tried some solutions that have worked for others in a similar predicament, but haven’t found any success. (I don’t know the exact nature of the problem, so I’m posting here rather than AskUbuntu.)

Output of SeaChest_Erase -d PD1 -i (the Seagate-supplied software for manipulating its hard drives): 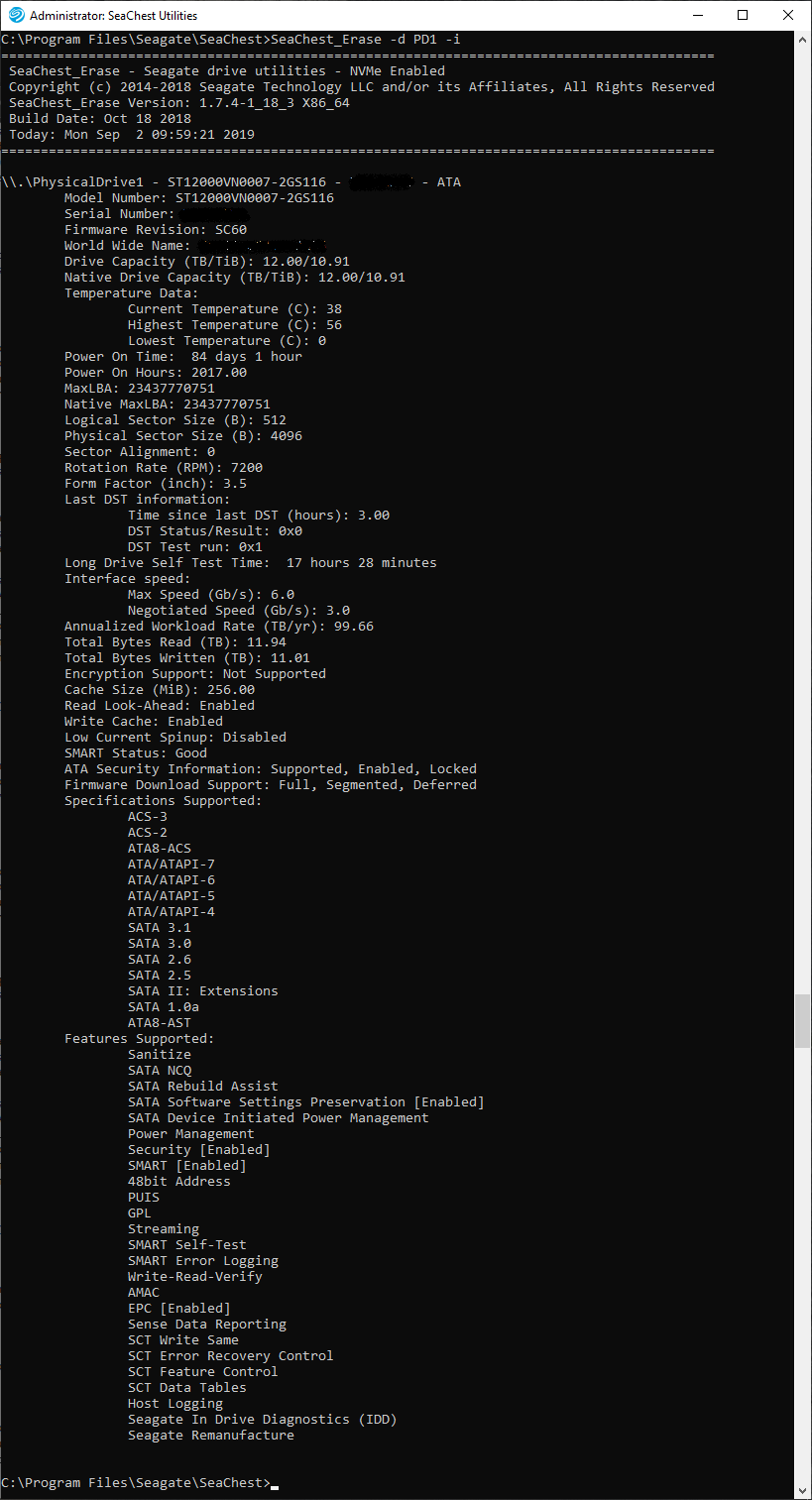 Solutions that other people have tried:

From the way the others solved their lock-out problem, I assume I will have to get/do any of 5 things:

But I find it unlikely that I set the password myself since all unlocking and password setting actions resulted in failure messages. Parted Magic uses “password” as the password. Synology uses “synology” as the lock password. Does Ubuntu’s Disks utility use some known default password in the background to lock the drive? Would the drive automatically resume erasing to completion if left alone?

Both these links were helpful to me in solving the issue:

This was the command I used:

Simply replace the question mark with the letter which designates your locked drive.

"lsblk" should tell you which one it is.

0
My Crucial SSD is locked after an erase attempt and can't seem unlock even with correct password. Is there such a thing as a master password?

1
Secure Hard Drive Erasure Revisited in OS X
3
Executing an ATA Secure Erase command to SSDs on OS X
0
Hard drive password reset on Lenovo T520 / secure erase
0
How to unlock an ATA-password-locked hard drive?
7
How to unlock an ATA password-locked HDD with an upper-case password if the BIOS accepts only lower-case?
5
How to unfreeze drive in Linux?
0
My Crucial SSD is locked after an erase attempt and can't seem unlock even with correct password. Is there such a thing as a master password?
1
Any way to erase and use password locked (ATA secure) SSD? (bought used)