Where does power consumption go in a computer?

Today we had a weird discussion over lunch: What exactly causes power consumption in a computer, particularly in the CPU? (ETA: For obvious reasons I don't need an explanation why a hard drive, display or fans consume power – the effect there is pretty obvious.)

Figures you usually see indicate that only a percentage (albeit a large one) of the power consumption ends up in heat. However, what exactly does happen with the rest? A CPU isn't (anymore) a device that mechanically moves parts, emits light or uses other ways of transforming energy. Conservation of energy dictates that all energy going in has to go out somewhere and for something like a CPU I seriously can't imagine that output being anything but heat.

Us being computer science instead of electrical engineering students certainly didn't help in accurately answering the question.

Electrons are being pushed around, that requires work. And the electrons experience "friction" as they move around, needing more energy. 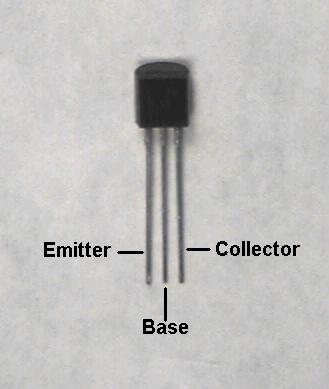 Electrons lose energy as they bump around, generating heat. And overcoming the electric fields of attraction and repulsion requires energy.

There's an interesting article on wikipedia about Landauer's principle wich states that (quote):

"any logically irreversible manipulation of information, such as the erasure of a bit or the merging of two computation paths, must be accompanied by a corresponding entropy increase in non-information bearing degrees of freedom of the information processing apparatus or its environment"

This means that (quote):

Specifically, each bit of lost information will lead to the release of an amount kT ln 2 of heat, where k is the Boltzmann constant and T is the absolute temperature of the circuit.

So, as a consequence of the Second Law of Thermodynamics (and Landauer), some types of computations cannot be done without generating a minimum amount of heat, and this heat is not a consequence of internal CPU resistance.

To add to the other excellent answers:

Figures you usually see indicate that only a percentage (albeit a large one) of the power consumption ends up in heat. However, what exactly does happen with the rest?

Actually, almost everything ends up in heat. By the law of Conservation of energy, all the energy (which is power multiplied by time) has to end up somewhere. Almost all processes inside a computer end up turning the energy into heat, directly or indirectly. For example, the fan will turn energy into moving air (=kinetic energy), however the moving air will be stopped by friction with the surrounding air, which will turn its kinetic energy into heat.

The same goes for things like radiation (light from the monitor, EM radiation from all electrical components) and sound (noises, sound from loudspeakers) a computer produces: They too will be absorbed and transformed into heat.

If you read of a "percentage" that ends up in heat, that may have referred to the power supply alone. The power supply should indeed turn a large percentage of its input into electrical power, not into heat (though it does produce some heat as well). This energy will then be turned into heat by the rest of the computer :-).

A lot of it also goes to moving your hard drive and fans, and lighting up your monitor.

Some of it goes to transmitting data over the network. Think about how much power a large radio station needs for this. The computer is doing the same thing with network data, even if it's on a much smaller scale over an ethernet line or wifi antenna.

Moreover, paths within the cpu and motherboard work pretty much the same way as the network transmissions. It takes energy to move electrons down those paths. An electron may not have much mass, but you're moving billions of them, and doing it billions of times per second.

I am a CPU designer. Let me provide a simplest explanation I can think of.

"All electrical energy is converted into heat."

You may ask; if all electrical energy is converted into heat, who provides energy for computation?

In a CPU (or any other semiconductor circuit), electrical computation needs two things:

You may now ask: so my electric burner expends all electrical energy as heat but it doesn't compute. Why other way is true (computation expending heat energy).

This is because electrons flow in the burner randomly with no specific path (not useful for computation), but in a CPU electrons flow in a precisely defined path (useful for computation) dictated by HW/circuit design. Either way, electrons move around, causing heat dissipation. In other words, the only difference between a burner and a CPU is that former has no specific electrical path ways for electrons to flow and latter does; just because electron path ways are different, it is not a reason for latter to expend less heat energy.

Let's continue hypothetical questioning. Can we pick something very different from CPUs and see how they contrast? Let's imagine a parked car on road. If I push the car forward, the work done by me (the energy supplied by me) gets converted into two things: a) Car's new momentum and b) Heat due to tire/road friction. Wait a minute, you say, Car's momentum. Something physical I can see which happened solely because I expended energy towards it (minus heat/friction). The heat from friction is lost (just like CPU heat) but momentum generated is still useful (say charging electrical battery in the car during regenerating breaking). CPU's usefulness is in operating on some information (a certain arrangements of bits) and generating a set of new pieces of information (input and output binary bits); information is abstract though; not physical. Car's usefulness is in physical world. Information is for CPU while physical world is for cars. Both radiate heat when they do something useful for us but cars do one more thing: they physically move us around. What does CPU do in physical world beyond generating heat? Nothing. Just another way to see how CPUs convert all electrical energy into heat and nothing else.

Wait a minute, this actually means; I can use CPUs as burners? What if my electrical burner is instead a CPU and I put a cooking pan over it to cook dinner. You bet! You get two things: Food and Information computation with same energy cost! Just very expensive burner though!

There is also energy used in in turning memory bits on and off, plus the CPU memory must continue to use power to maintain the current memory even when nothing else is being processed. I was unable to find figures, but you have me interested now so if I do find something I will add it.

My understanding is that the vast majority of the energy use by a CPU is output as heat. To do work a physical system converts or moves energy - the CPU does work by converting electrical energy into heat, changing it's internal state a large number of times along the way (so some of the energy is effectively stored for a time that way).

Caveat: my practical electronics and physics training stopped around age 20 over a decade ago, unless you count reading New Scientist, so a passing physicist may be about to tell me I'm completely wrong!

An eariler respondent indicated almost everything ends up in heat. That's almost correct. In fact, all the power input ends up as heat eventually. The fan was a good example. The fan will turn energy into moving air (=kinetic energy), however the moving air will be stopped by friction with the surrounding air, which will turn its kinetic energy into heat. The same concept applies to light from the monitor etc. If you put a computer system drawing 250 watts of power into a sealed room, the net result is the same as putting a 250 watt heater in the room.

Computation is heat. While of course not all heat is computation. So the only logical answer to; How much is lost to heat? The answer is all of it.

Computation is organized heat. In the form of data. What we consider to be waste heat is just disorganized data and not used for computation.

I wanted to respond to this comment above " Think about a simple electric circuit: a device (any device) attached to a battery. Where does the electricity go? It doesn’t stop at the device; some of it is used to do whatever it is the device does, but the rest continues through the wire, back to the battery (hence the closed circuit)."

This comment is correct if we are talking about electrical current; it flows through the circuit (does work aka dissipates heat) and goes back to the battery (or power source). The current here is actually referring to the flow of electrons.

However, the original poster was referring to heat aka energy dissipated. Heat/energy-dissipitated doesn't go back to the battery. Energy is consumed from the battery and dissipated entirely through heat in the CPU. Electric current is a different matter.

Yes yes, a CPU converts a lot of the electricity it absorbs into heat. We all know that; that’s why we have such crazy cooling devices attached to the CPU now.

However you’re missing the most basic principle of electronics.

Your debate makes it sound like when electricity enters a light or motor, all of it is converted to light or kinetic energy, which is not the case. Think about a simple electric circuit: a device (any device) attached to a battery. Where does the electricity go? It doesn’t stop at the device; some of it is used to do whatever it is the device does, but the rest continues through the wire, back to the battery (hence the closed circuit).

A computer is no different. Charge carriers come in through the mains, enter the PSU, then to the CPU where they do their work, create heat in the process, then the rest comes out, back to the PSU, and back out to the mains.

Ian Boyd had a good start by pointing at a transistor, but did not follow it up with a tangible explanation of what exactly the electricity is used for (the “payoff” of the device, specifically as an analogy to the movement of a fan or light of an LED). You can do a little research into how a transistor works to really understand it, but suffice it to say that the electricity is used to physically alter the atomic arrangement of part of the transistor to allow or block electron flow. Granted its “action” is not nearly as clear or obvious as movement or light, but the energy is still used to do something (and as Ian mentioned, a bunch of heat is created when you push atoms around). I’ve seen some SEM photos of a CPU gate in action which really helps to visualize things; if I can find one, I’ll add it.