I would like to know how to put in percentage trend lines for individual levels in a stacked bar chart using the data below. I want a usage trend line for the total, as well as certain specific levels.

I appreciate any tips you can give me and am sorry I cant describe it better in words, but believe the images will clarify. 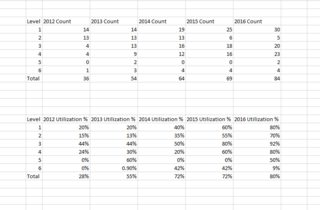 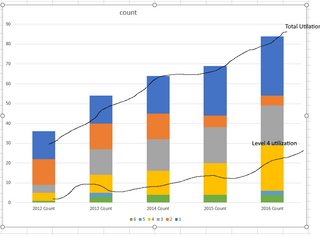 It's a little irregular to compute trendlines for stacked series; Excel doesn't even want to do it. But we're smarter than Excel, so here's how to do it.

I'll do it for the top data set; the protocol is the same for the other set also. 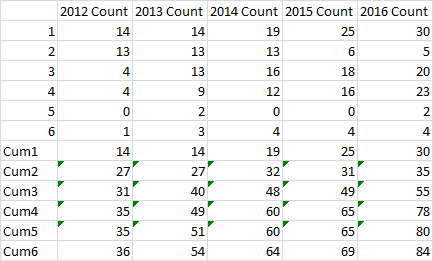 I built a stacked column chart from the first six series in the first chart.

I would probably format the trendlines with solid, not dotted, lines. I would also try to do something with the colors, because series 5 and 6 are not distinguishable. But you get the idea. 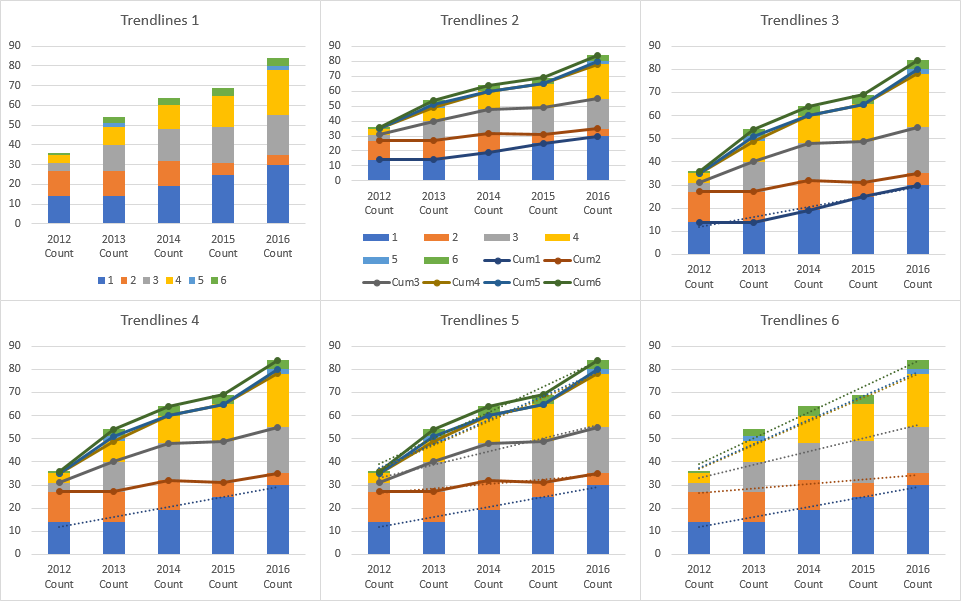