After Windows update, notepad app misses its icon. What could be wrong/how to fix this?

After a recent update, notepad app lost its icon: it is not displayed in the corner of the window:

in the file system and basically everywhere (the screenshot below is for C:\Windows)

What could be wrong and what can I do about this? Notepad is not an UWP app if I understand correctly (and notepad is the only app that lost its icon as far as I can see); for start menu (I'm using Open Shell) I tried to set the icon manually and it tells that "notepad.exe doesn't contain icons": 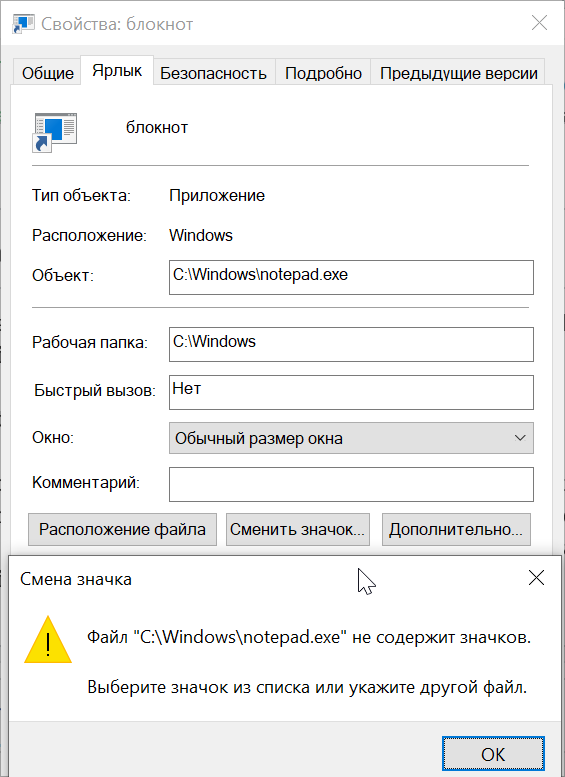 and the list from SHELL32.dll doesn't seem to contain the icon as well: 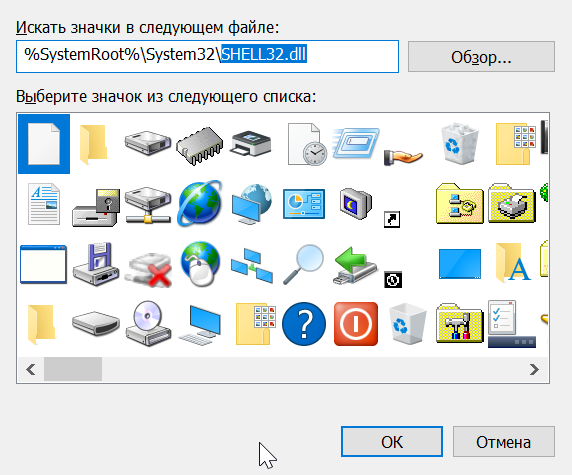 (well, I won't make screenshots covering the whole set, but you got the idea)

May be somebody knows where it should be located? Could it be located in C:\ProgramData\Microsoft\Windows\Start Menu\Programs itself? (since I have Programs organized into folders of my liking, I've deleted some folders with links "restored" in Programs by update; but it would be weird to store the icon only there)

Try refreshing the icon cache by executing the following command

Alternatively try this or this tutorial

In the Properties of Notepad, click the button of Change Icon.... 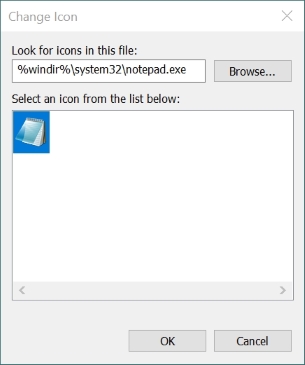 In my opinion the correct settings for Notepad.exe should better be:
Target: %windir%\system32\notepad.exe
Start In: %HOMEDRIVE%%HOMEPATH% 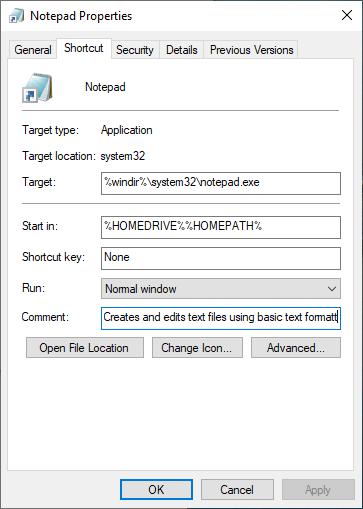 Not the answer you're looking for? Browse other questions tagged windows-10 icons or ask your own question.

13
Some Windows 10 UWP icons not displaying on search, or in settings

1
Windows 10: where do items in the “Search programs and files” box come from?
3
Windows 10 Creators Update pin to start strange result
13
Some Windows 10 UWP icons not displaying on search, or in settings
0
Start menu shortcuts and settings not appearing in start menu search
0
Where I can find the icons from start menu in win 10?