I recently updated Windows Feature update to Windows 10, version 1903. It was right after the update that the unwanted change occurred. Now when I press start + space to change the keyboard/language I see the following three options. 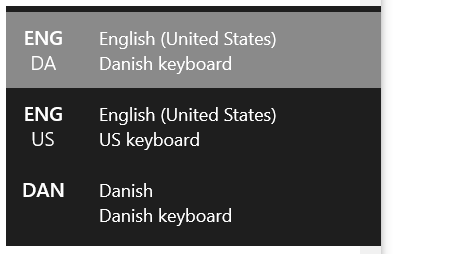 I would like to get rid of the first one, i.e. i want to remove the option of having English language and Danish keyboard layout. How do I do that?

Reinstalling all keyboards, within each language pack fixed the issue for me. It is done in the options for each