Windows 10 windows/dialogs now have no frame at all

This question - Is it possible to turn visible the invisible window's borders of Windows 10? - does not appear to address the same issue. Things appear to have got (even) worse.

I just underwent a dreaded update.

I now notice that the ghastly aesthetics now apparently mean that some applications (e.g. Windows Explorer) now have no frame whatsoever, not even a 1-pixel border, when they have focus.

This (surprise!) frequently makes it difficult to know where the window in question ends and another begins.

Is there anything at all that can be done about this? I have searched quite a bit. I found that you can set the border colour (1-pixel border) to a custom colour supposedly. So I did that. But it only applies to the frame of Windows Explorer when it does not have focus (and when it is stationary). 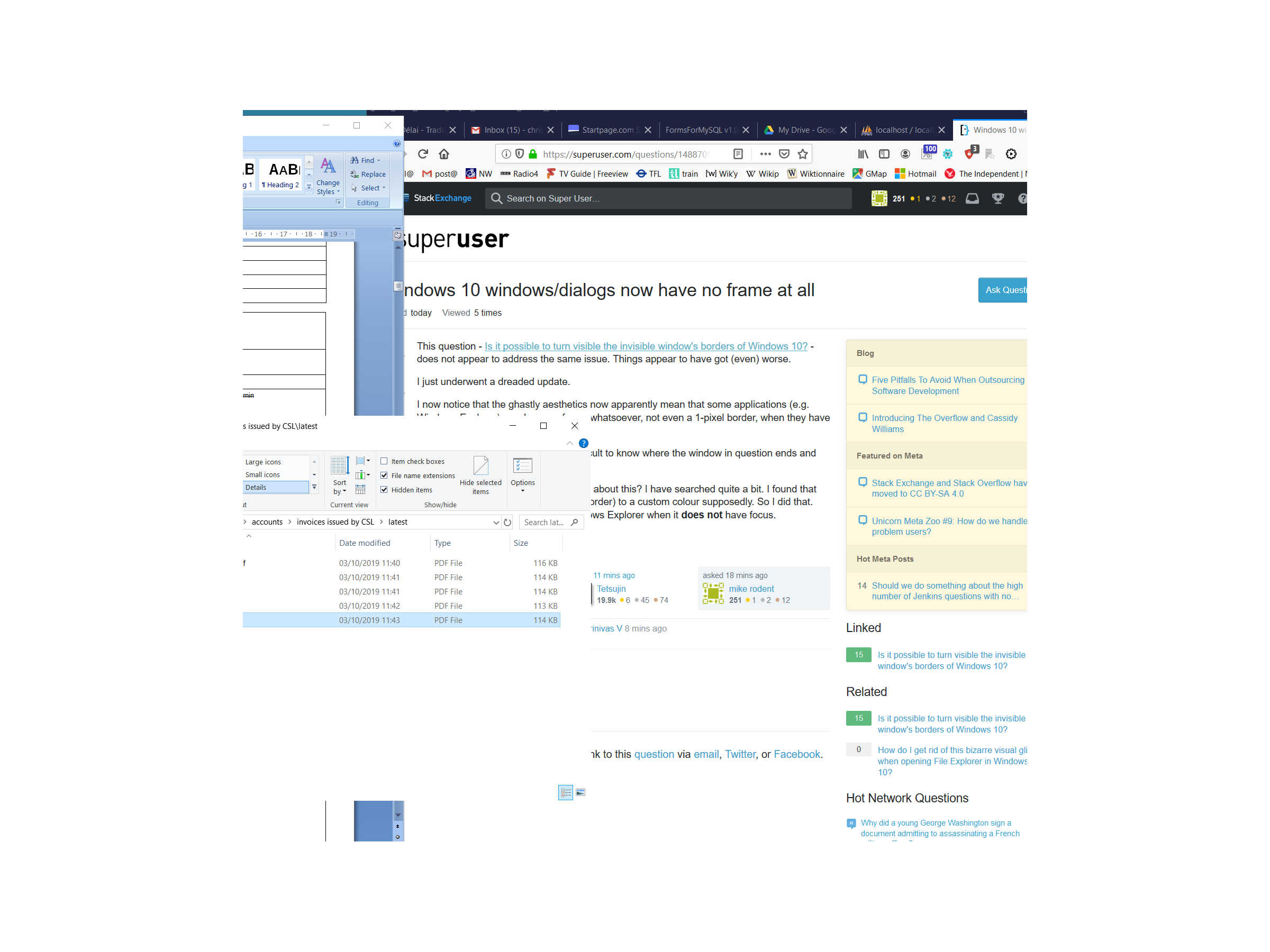 I was asked for my Windoze "update history". Here it is: 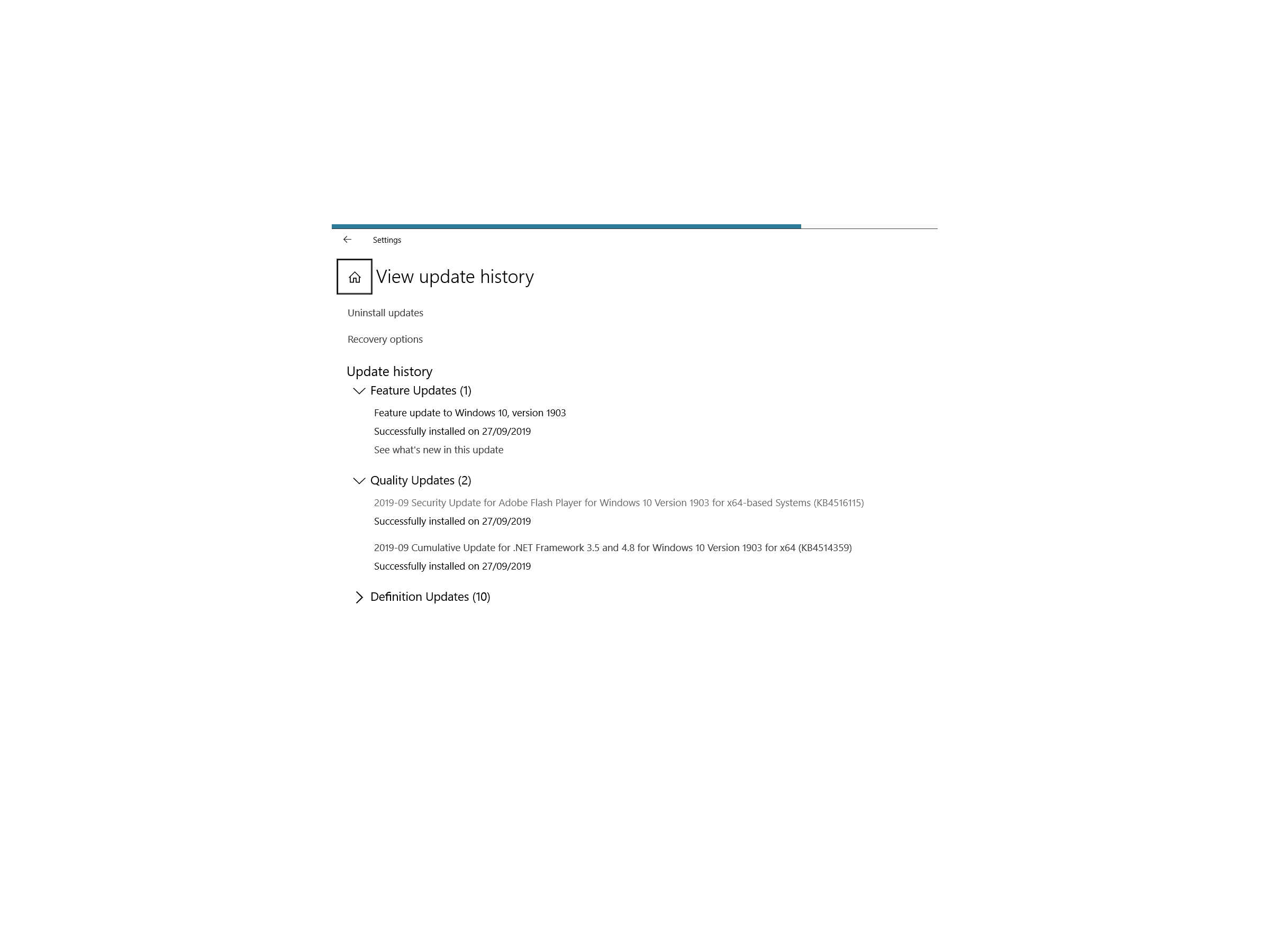 I just fixed this myself.

Mine was checked already, yet I didn't have shadows. I had to uncheck it, Apply, then recheck it.

To change the thickness of the borders requires a registry change:

The units for these values are in twips. Enter a value of any negative number up to 0. A value of 0 will produce no padding, while a value of -300 will produce a very fat border. PaddedBorderWidth should be larger than BorderWidth. The limits are:

It is always a good idea to create a System Restore point first before trying any registry tweaks, to be able to revert to a good state if something goes very wrong.

26
Is it possible to turn visible the invisible window's borders of Windows 10?

26
Is it possible to turn visible the invisible window's borders of Windows 10?
68
Window in focus doesn't minimize when I click on its icon in the taskbar (Windows 10)
5
How to troubleshoot OpenGL on Ubuntu under Windows 10 (WSL)
2
Insert a black frame between each frame and double the output FPS
4
Automating installing all Windows Updates and restart right now
0
Cannot copy any larger files to a Google Pixel 4a with Win10 PC, other files work