Extra battery in the bay of an HDD

Is it ever possible to install an extra battery in the bay of the HDD, so as to have two internal batteries? I'm all for long battery life, and SSDs have become affordable. It's a pity that a bay remains empty when you don't need the HDD. It seems like a waste to me, especially when designers work hard to make laptops thinner and thinner.

Some Dell laptops are designed like this, in particular I've noticed this on the XPS 15. Depending on the configuration you get, you may have a smaller battery with an HDD and a small SSD, or a larger battery with no HDD and a larger SSD. 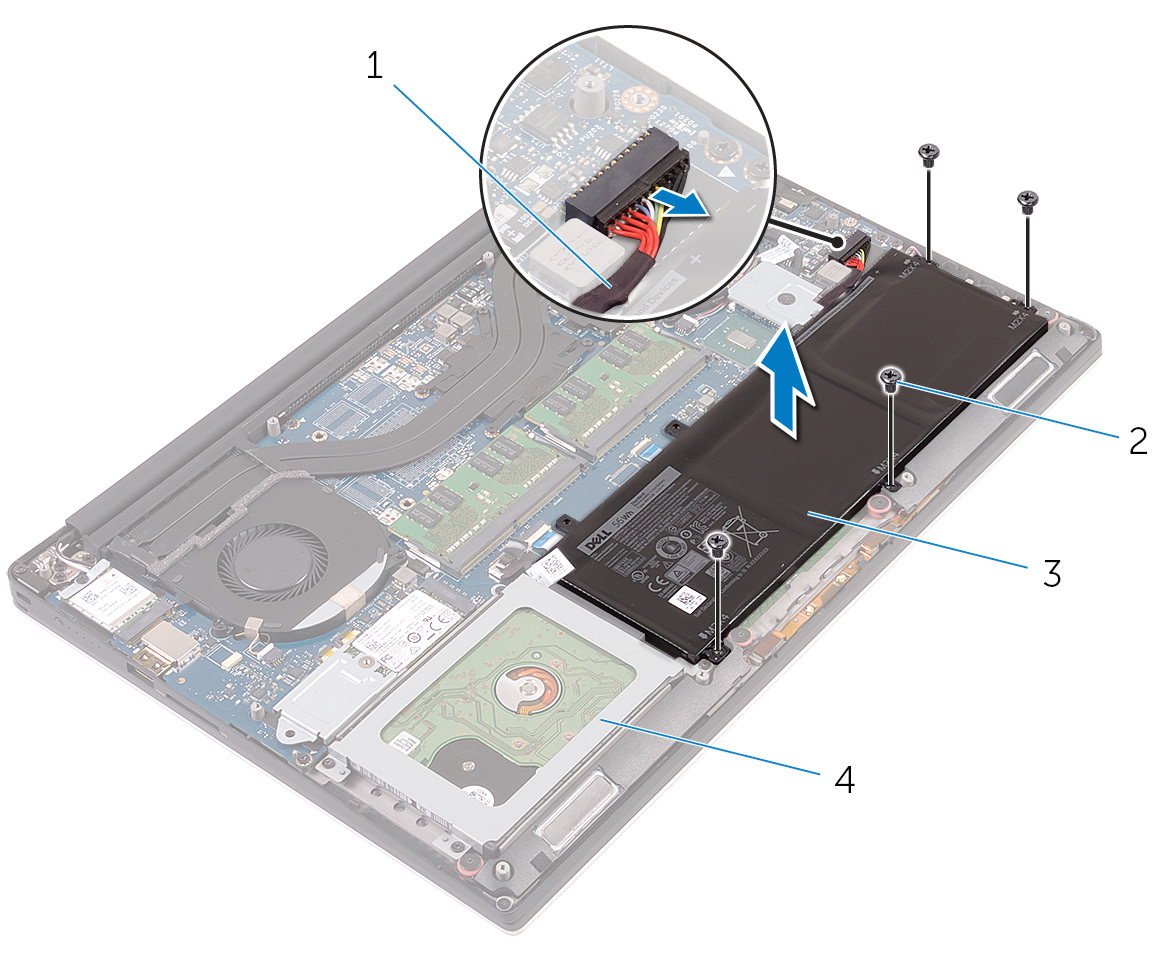 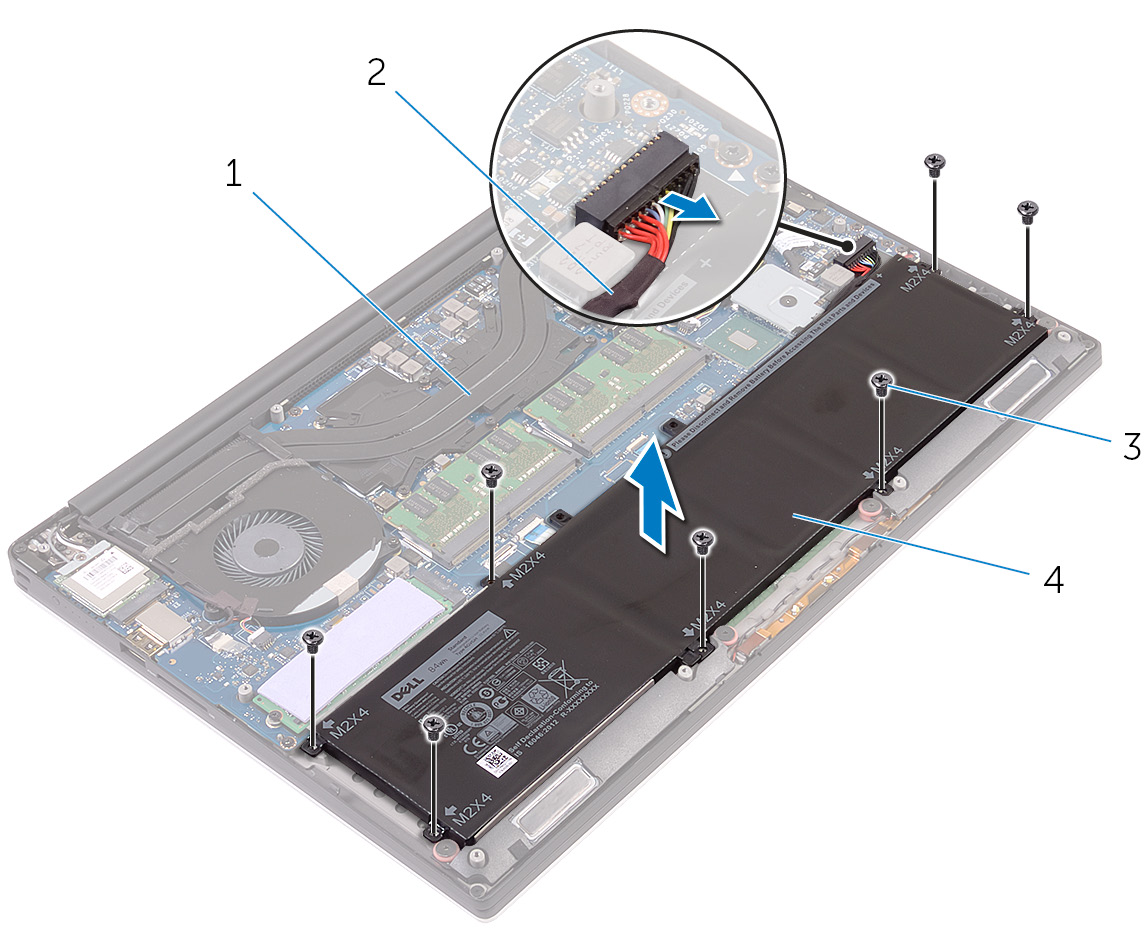 Some configurations come with the smaller battery and only an SSD, so you end up with an empty space where the HDD would have gone. You can then install an HDD of your choice, or buy an aftermarket replacement battery of the larger size.

Or if you do get a configuration with an HDD, you can take it and the battery out, put in a larger battery, and optionally upgrade the SSD.

This is an interesting idea but isn't feasible for multiple reasons.

The laws of physics aren't on your side here.

Battery energy capacity is directly proportional to size and weight. In this case, the dimensions are particularly small and the weight can only be increased to compensate for the small size to a very limited extent: 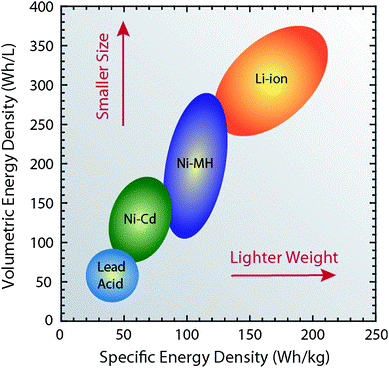 Another problem would be connecting the battery electrically, which would be difficult, if not impossible. Battery connections vary from manufacturer to the next, making it impossible to design a one-size-fits-all solution.

For some laptop models, it's possible to buy oversized laptop batteries that extend beyond the laptop chassis: 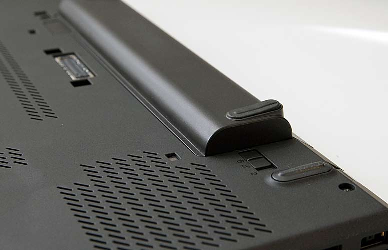 Alternatively, many ultrabook lines, such as the HP Envy 13, are designed without a redundant 2.5" hard drive slot altogether, offering only M.2 NVMe storage.

For these models, the problem has already effectively been engineered out of existence and there is no wasted space to begin with: 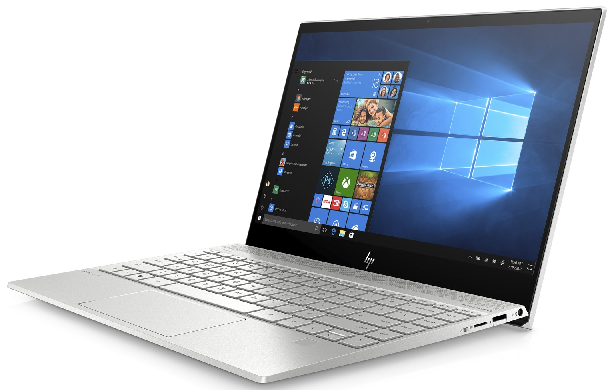 There's no standard connector for extra batteries - they need to interact with the charging system which not standardized across laptops.

Devices like a 2.5" SATA HDD / SSD plug into a power connector that supplies them with regulated 12V, 5V, and 3.3V power. That's the same power bus that powers other devices.

You can't usefully connect a battery to the regulated output side of the laptop's internal power supply. The laptop will maintain the 12V rail at about 12V regardless of whether it's plugged into the wall or not. A hypothetical battery wouldn't know whether to charge itself or try to supply current on the 12V rail. (And it can't just wait until the laptop's main battery runs out; at that point the laptop will power itself off and continuing to supply +12V isn't useful.)

So you would need a special connector to make it possible to plug in extra batteries into the charge / battery side of the laptop's internal power circuitry. I think +20V is pretty common for laptop AC power adapters, so probably many of them run their internal batteries in series at that voltage, but IDK how standard any of this is.

It might be plausible, but it would require a whole bunch of standardization work between industry players to create a standard for batteries that work across laptops in the 2.5" form factor. Including physical connector layout, electrical stuff, etc. These are potentially high-current cables where we want to minimize resistive losses.

And then manufacturers would have to add an extra internal connector or cable to laptops they sell, which for the large majority of laptops would get no use. So it would be extra stuff on the bill of materials, an extra step in assembly, extra design work, and a small amount of extra weight.

Plus it introduces the possibility of cheap batteries that catch on fire, and nobody wants that possibility for their laptops. Airlines might start banning laptops from brands that had an internal extra-battery connector...

So the only really sensible thing is @Saxon Druce's answer: make the main battery optionally larger and fill the 2.5" bay, on a per-model design basis. Or other per-model battery options like sticking outside the chassis, or simply a cost+weight vs. capacity tradeoff for internal batteries.

Airspace inside a chassis wastes space, but not weight.

The reason for not having a second battery is twofold.

It requires a charging system than can handle two batteries. This requires knowing which battery is connected, how much charge it has, and if it needs to be recharges. This also requires enough of a power supply to handle charging both batteries at once, or restricting to only charging one battery at a time, which all of this requires extra development time. It also requires extra connectors within the laptop, extra components to be designed for the battery, and a lot more.

The large majority of laptops aren't used as mobile devices. They are used as replacements for desktops* and never/rarely see actual battery usage. As they are on corded power most of the time, it doesn't mean much to extend battery use. This is from business and individual use as non-battery, stationary devices. For some people, battery usage is critical, yet, for most people, battery life is just another statistic/function of their laptop they'll never use. I'm typing this now on a laptop that's basically permanently plugged in, and my personal laptop only sees battery drainage when I forget to turn on the power strip or when I purposefully drain it to try to "power condition" it.

Because manufacturers know this, they don't spend the time, effort, and other costs into designing and manufacturing a product they know very few people will purchase. They realize this due to poor sales of the "standard" extended life batteries they do make. This goes back into the first section of cost and makes the return on investment (ROI) not very good.

Weight is a large factor, as barely mentioned in the first section. People have been complaining about weight of their mobile devices since Ugg first used a tree limb to club his dinner. "If only this was lighter, I could run faster and catch the deer/wombat/goat sooner." Soldiers complained about how heavy their shields and swords were. Now people complain about how "heavy" their 2.5 lbs. laptop is. A significant part of that weight is the battery. Lithium is a light(er) metal, but that doesn't mean it's helium light. To double your battery life, you need to double the size of the battery, so taking a 2.5 lbs laptop people already seem to think is "too heavy" and making it +3 lbs. is "unacceptable". At least by some people's standards. I'm pretty sure my gaming laptop is close to 10 lbs., and I like it that way.

*"Replacements for desktops" are different than "desktop replacements". The former is simply a way to get rid of the space requirements of a desktop while the latter is intentionally getting just as good (or better) performance out of a smaller package. The first idea is just a smaller cost and smaller space requirement, and the second is purposely spending more money on an all around better product, ideally anyway.

Not the answer you're looking for? Browse other questions tagged hard-drive battery or ask your own question.

0
How do I install an HDD caddy in the optical bay of a Dell Studio 1745?
0
7mm drive in 9.5mm HDD bay - Causing loud humming noise?
1
Replacing my hdd with ssd and placing hdd in odd drive bay
0
Extra HDD dramatically decrease battery?
1
Optical bay HDD caddy makes my drives behave weirdly
0
Raid 0 life expectancy and how to access 2 disks from Raid 0 outside of original computer