So I installed GIT and I'm in a GIT repository and I added a simple test file in the folder. I'm trying to connect to Azure DevOps. My Source Control says that I have made some changes, but it doesn't display those changes. Does anyone know why?

Looking at the information you provided, you have a clone of a repository but you are not connected to one. Below is what you should see if you are connect to a DevOps reporsitory. 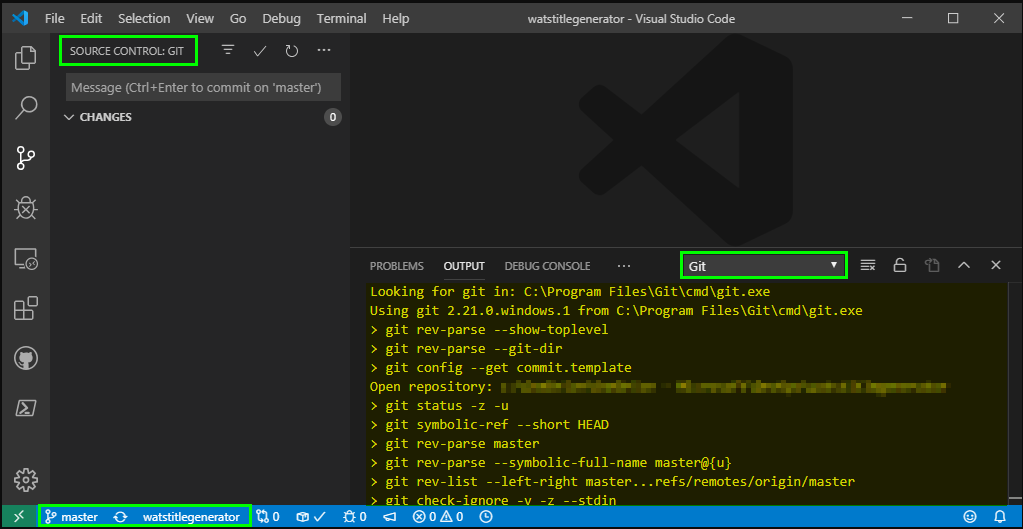 The issue has been fixed. It was a bug in VS Code.

Not the answer you're looking for? Browse other questions tagged windows-10 git visual-studio azure visual-studio-code or ask your own question.