I tried the cmd to change all my pictures but it didn't work because the naming of the pictures is difficult for the computer to rename it by the cmd trick.

This is my corrupted pictures naming: 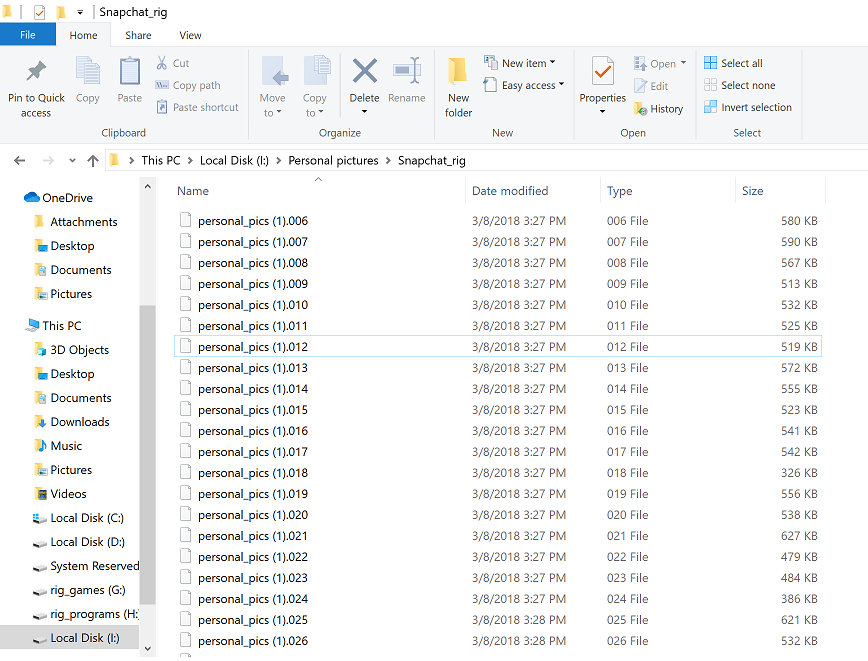 Is there a solution for this ? as naming each one would be a lot of work, because there are hundreds of pictures in the folders.

Here's another picture that explains how difficult it's to rename the file with simple methods; like, the cmd renaming command.

I'm mean if anyone can tell what kind of algorithm I can use to follow the different file extension renaming pattern.

You may just select all files in the folder, then click Rename (from the right-click menu or on the top) and add a file name like pers_pic.jpg; this way the files will have names like pers_pic (1).jpg, pers_pic (2).jpg etc.

Alternatively, you may use cmd in the following way:

This will add a .jpg extension to all files.

With Total Commander (it is shareware, downloadable at https://www.ghisler.com/), you have a quite comprehensive Multi Rename Tool, where you can change the file name, extension, using regular expressions and many other items. See the screenshot of the dialog below.

Not the answer you're looking for? Browse other questions tagged file-corruption pictures naming or ask your own question.

5
Files downloaded with Firefox are often corrupt
6
Why are bits in an oddly-consistent position being flipped when I read files?
0
photoalbum in libreoffice v5
1
How to repair .zip files?