How to convert DICOM images to PNG?

I have some DICOM medical imaging files downloaded from Cancer Imaging Archive. I can convert them from DICOM to several other formats, but as you'll see the conversion isn't working as expected in most cases.

These are the various conversions I've figured out so far:

Of those, the .pbm is the only one that seems to give great results. It looks like this: 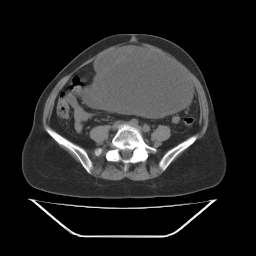 The .pnm looks like this, which is not quite an inverse image, but somehow looks wrong: 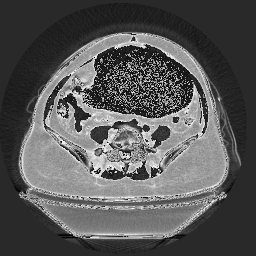 And both of the .png conversions look like this, which is a very washed out image, perhaps due to problems with an alpha channel, gamma, or...? 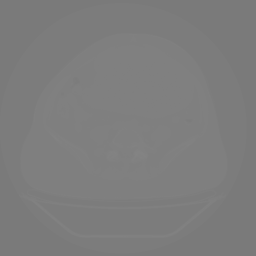 The problem is I need these to be in PNG, not PBM. And while I could add an additional conversion from PBM to PNG, I'd rather call convert only once and do the full conversion in a single command.

Anyone know what parameters I might be missing in the calls to dcm2pnm or ImageMagick's convert to get the images looking as expected?

I'm guessing the PBM program is mapping the 16-bit to 8-bit by rescaling the pixel values. It looks like the PNM version is only taking the lower 8-bits and ignoring the upper 8. The PNG image probably has the entire 16 bit data, since PNG supports it, but your viewer displays only the upper 8-bits, ignoring the lower 8.

You can do this using SimpleITK in Python like so:

If you're on or have access to a Mac, https://DICOM-converter.com is a free utility that does drag and drop conversion of files or complete folders structures, to JPEG, PNG, (animated)-GIF, MOV, or MP4.

If you can use GIMP https://www.gimp.org/ you can easily open image and export to other formats.

Why it didnt work with your converter is another question. I had same problem (not with this format or converter) that converter expected different bitness that sources image had (8-bit vs. 16-bit)

1
How to use dcmcjpeg to convert DICOM to JPEG?