I've got a folder called "Movies" with several subfolders inside it, each having the title of a movie + a description as a name, let's say: "Blue Velvet (1986) - The Criterion Collection".

Inside each movie subfolder there's a number of files, typically a video file (with extensions such as .mkv, .mp4, .avi, .wmv etc.), a subtitle file (.srt extension) and sometimes a .jpg image. Those files have an alternative format of the movie title as a name, different than the name of the folder they are into e.g "Blue Velvet - David Lynch (1986)".

What I want to achieve is:

1. Create a text file inside each movie subfolder. The text file should have the exact same name with the subfolder in question.

2. Rename the movie subfolder, having it adopting the same name with the video (without the extension of course).

Or to put it in another way, since AFAIK there's not such thing as renaming folders when it comes to cmd and bat files but moving files between folders instead, I'd like to create a text file named after the movie subfolder then move it in a new folder named after the video filename, along with all the other files from the initial folder.

Ideally I'd like the process to initiate by selecting folder(s) and fire up a bat. file either by a context menu action or "send to" the bat file, I know how to do both, I just want help with the command in the bat file. That way, using the previous example, I could process only the "Blue Velvet" and other selected movie subfolders and not necessarily everything in the "Movies" root folder in case some don't need sorting but if that's not possible, no problem. Special characters/symbols, numbers and spaces could be included in the folder and file names though. I've searched around and I couldn't find an answer to apply in my situation, I guess the trickiest parts are the subfolder "rename" and a way to perform the action only with selected movie subfolders and not every subfolder in the "Movies" root folder.

Any help would be greatly appreciated, thanks a lot!

Hm, I guess it would be something like this: 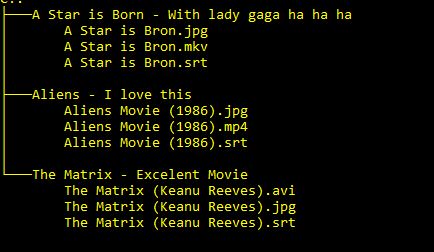 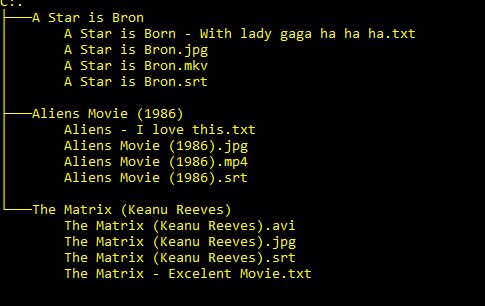 Not the answer you're looking for? Browse other questions tagged batch rename or ask your own question.

2
How do I open a random file in a folder, and set that only files with the specified filename extension(s) should be opened?
9
Add folder name to beginning of filename
0
Delete a file inside subfolder using bat
0
MKVMerge add .srt subtitle in batch
2
How to mkvmerge all videos and subtitles with the same file name
4
Rename substring of filename based on partial filename match in same folder
0
Find text in files and then rename the files, in Batch