This question is SIMILAR to this post, but the solution presented there isn't applicable because I have Windows 10 Home and not Pro. The Hyper-V & Windows Sandbox deactivation solution that the accepted answer leans on isn't available for me.

Before upgrading windows from version 1903 to 1909, everything I needed to do with VirtualBox was working well, but it seems I've encountered some post-upgrade issues. When trying to start my VirtualBox Ubuntu VM, I get the following error message:

I've tracked down a resource on the virtualbox.org forums which leads me to believe the problem could be related to the fact that I've been trying out the Windows Terminal Preview on my computer, but I can't figure out how to resolve the problem because the solution presented also relies on disabling Hyper-V in the Windows Features manager, which isn't an option for me. 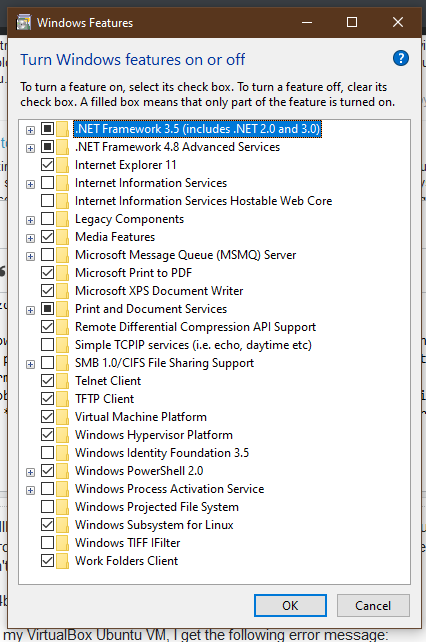 Does anyone know how to fix this problem? All of the literature I've been able to find online relies on disabling Hyper-V either temporarily or permanently. Is there a way to do this safely from a PowerShell prompt?

You need to go into Windows Features and uncheck BOTH Hyper-V as well as Containers. I had the same error message as you, but after removing the Containers option, everything worked like normal.

Let me know if this works for you. 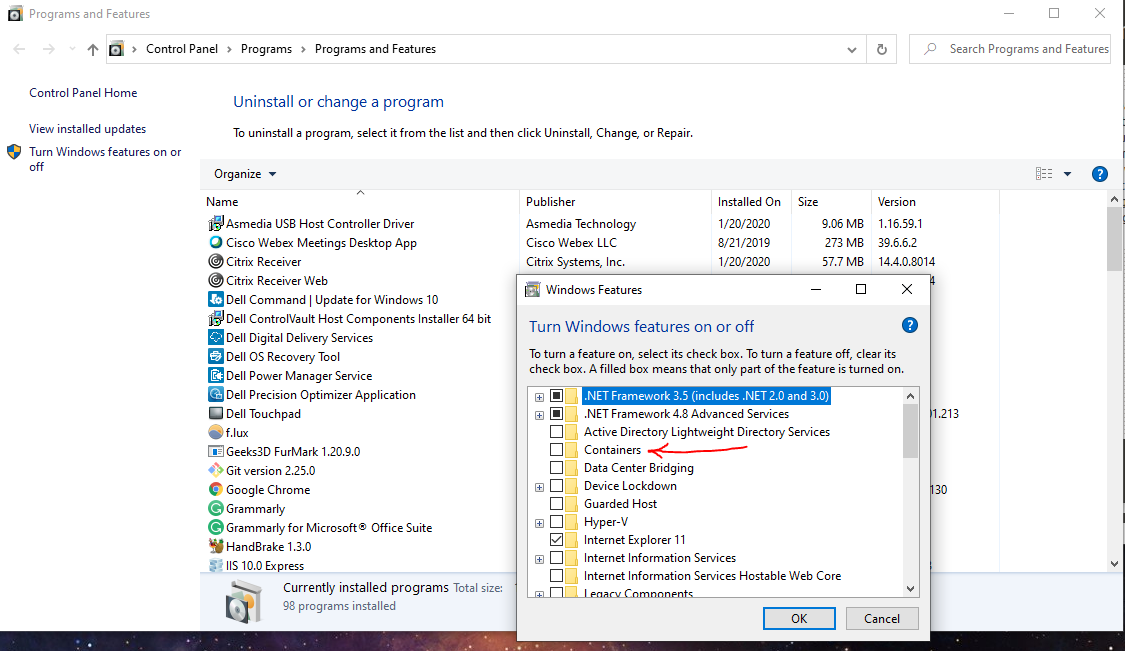 I'm using windows 10 home and I didn't have Containers and Hyper-V feature, but I disabled Virtual machine platform and Windows Hypervisor platform and that made the problem go away without having to re-install VirtualBox.

You don't need to disable Containers! Here's how to do it based on this article