I used to cycle between three keyboard settings:

I removed French AZERTY from the list, but since then, whenever I boot Windows I get contradicting information.

The keyboard layout popup screen (Win + Space) and the language bar (in the taskbar) both me I have the two AZERTYs available, but the language settings window tells me that I have the Belgian AZERTY and QWERTY (which is what I want): 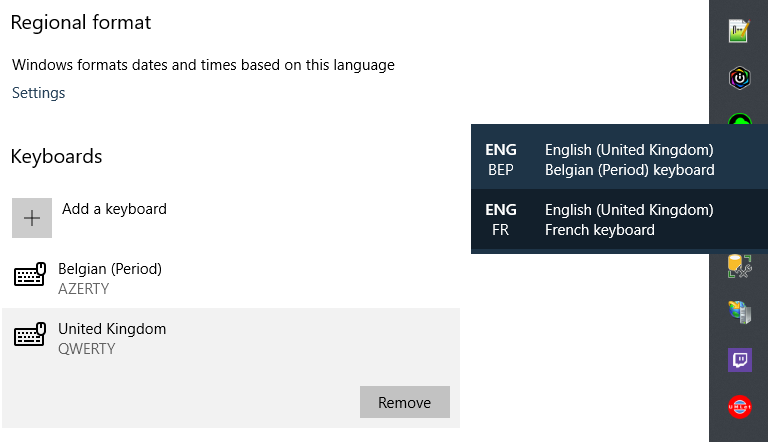 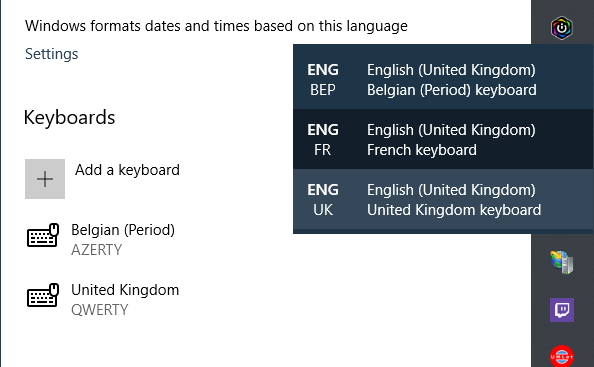 This seems to fix the popup screen and the language bar (well, partially), but when I reboot I have to do it all over again.

How do I get Windows 10 to actually give me the keyboard layouts that I've configured, instead of some presumably cached version?

To pre-empt a possible comment, I only have one language (and thus keyboard layout list), this isn't a confusion with using the wrong group: 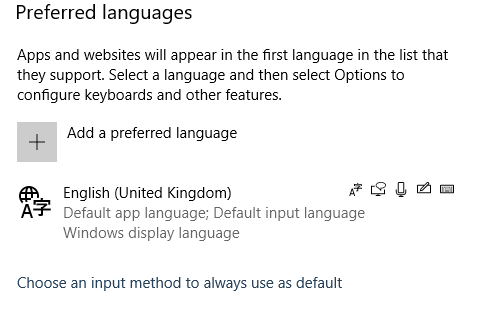 The link posted in a comment on the question led me to an acceptable (though not ideal) solution.

I had to perform this action for both HKEY_USERS\.DEFAULT and HKEY_CURRENT_USER.

After that, the two expected keyboard layouts (QWERTY/Belgian AZERTY) were being shown on startup.

There are a few side effects though:

But this at least solves the core issue at hand. If anyone finds a solution that doesn't have these side effects, I'll happily give them the answer tick.

Not the answer you're looking for? Browse other questions tagged windows-10 keyboard keyboard-layout or ask your own question.

144
How to delete a keyboard layout in Windows 10