Why does dd give me an error at the end of zero-writing a disk?

I was using the following dd command to securely erase a 1TB mechanical disk:

About 2 and a half hours into the wipe, around the time I was expecting it to complete and after successfully writing about 930GB (or GiB, more likely) to the disk, I got the error:

I ran the command again with seek to try and reproduce the error by zero-writing the last few gigabytes of the file:

...and sure enough I got the same error:

It seems that the wipe ran successfully, but if that was the case, then why is the error being generated?

Is it normal? If not, how can I avoid it?

My guess would be a bad sector. AFAIK that's one of the cases that could lead to I/O error.

Anyway, it is unlikely that the error is given is because dd was trying to write past the end of the drive. Even with my answer to your another question, you should still see No space left on device instead: 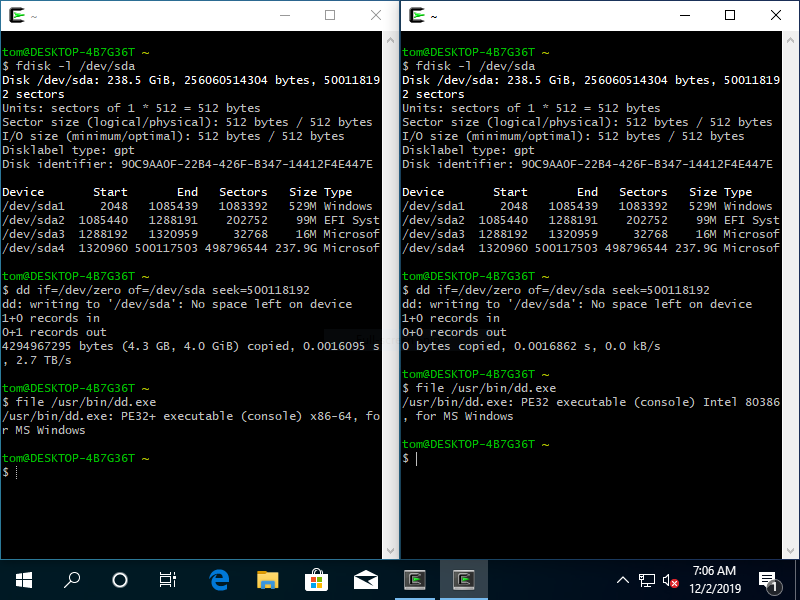 On further investigation, this appears to be a Cygwin bug that prevents the last 48 sectors of a drive from being wiped, although it's possible that this bug is entirely unrelated to the error message.

I tested by first writing a single pass of ones to the entire disk with:

I verified that this was successful on the disk by running:

...on the entire disk. This failed with the typical I/O error. Inspecting the disk using a hex editor shows that the entire drive was successfully zeroed apart from the last 48 sectors: 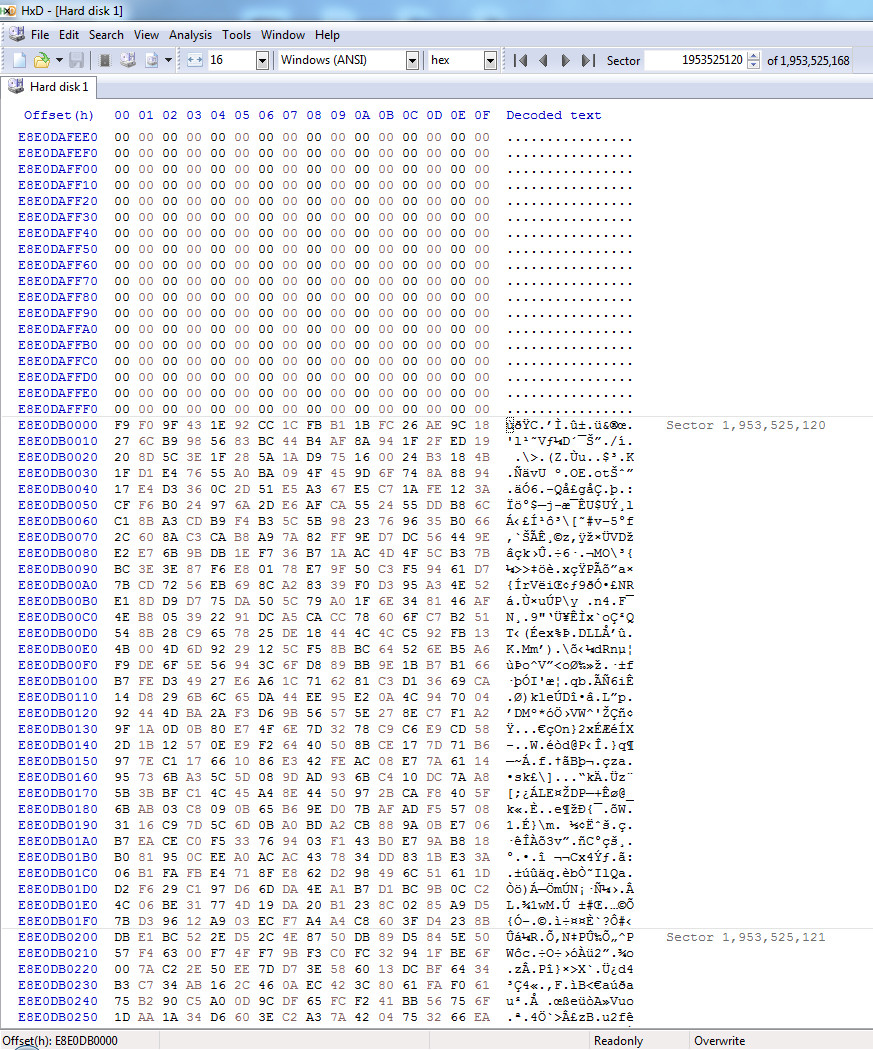 This successfuly zeroes the disk from sector 48 all the way until the end, which I again confirmed using a hex editor and od /dev/sda. Note the I/O error still exists when it reaches the end, indicating that the error does not necessarily indicate a bad wipe.

Finally, I booted Linux Kali from a bootable USB and wiped the entire disk with the same command:

Checking the wiped disk with a hex editor again confirms that the command wipes the entirety of the disk with no non-zero characters remaining.

For confirmation of this bug, I also ran the same dd command on the only other spare drive I have available, a 128GB SSD, and here it also wipes all but the last 48 sectors: 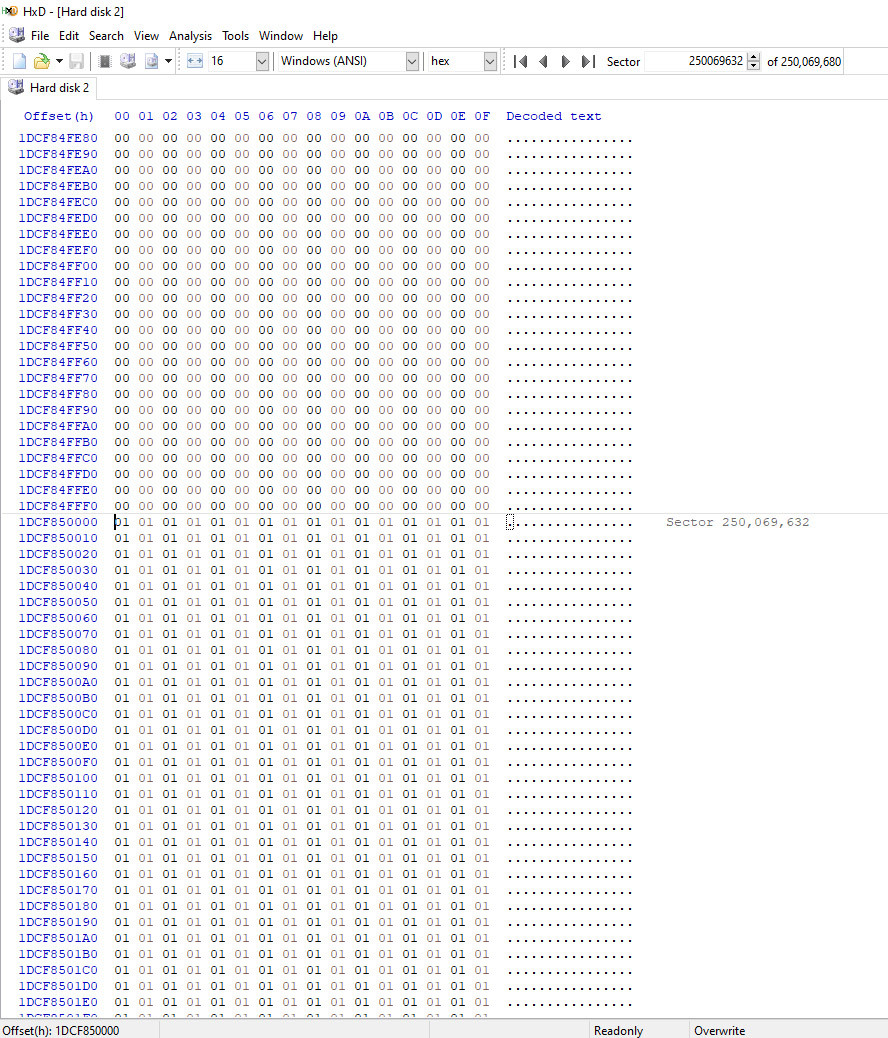 Not the answer you're looking for? Browse other questions tagged hard-drive cygwin dd wipe zero-write or ask your own question.