I am using a fresh install on my laptop. After setup, there was no audio output and the pavucontrol app was giving me the message:

After hours of load nothing happened and I tried the command pulseaudio --start, which temporarily gave me access to pulseaudio through pavucontrol. When I played a song, there was still no sound but it showed audio playing from both the output and playback.

I assumed it had something to do with alsamixer. In terminal, I then used alsamixer. I came to this screen: 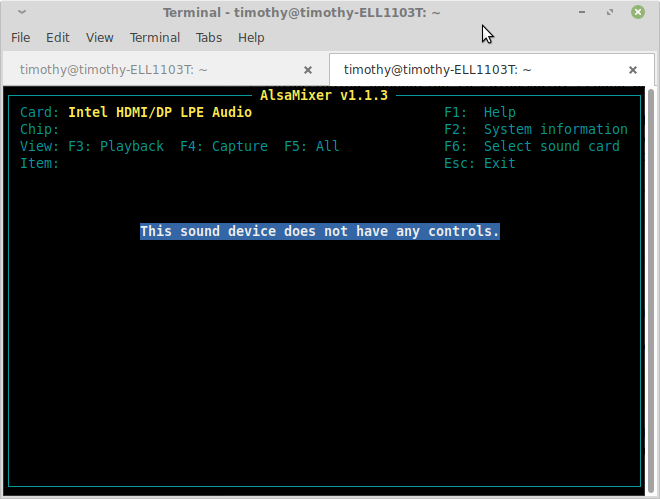 I also found this soundcard in the alsa mixer soundcards: 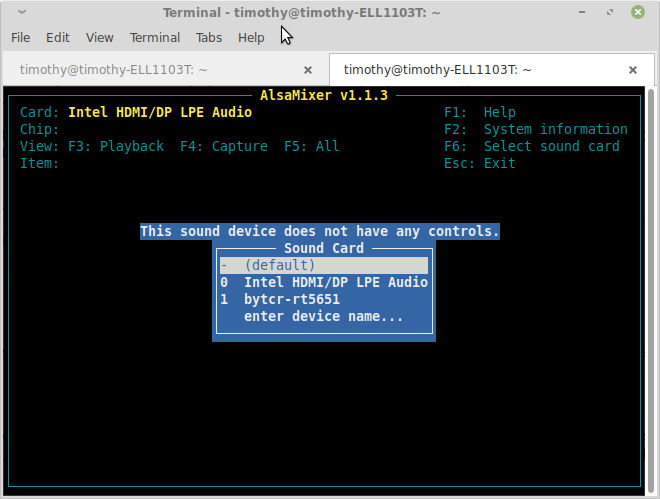 There were a lot of devices there where some were muted(MM) and some were unmuted(00). That's in the playback section. I tried to change all to 00, but the ones that were on MM returned to its default state MM.

With the alsamixer proving useless, I tried to uninstall and reinstall pulse and alsa by using the commands:

No result. I also attempted to use:

No result either. I ran this:

which gave me the lines:

How can I fix this issue?

I need this laptop for school, which requires me to be able to use audio. Any help would be gladly appreciated.

If you need my system specs, here is a pastebin link to it: https://pastebin.com/VburGFWs

4
ALSA: Audio playback is clipped and has low volume
3
Why can't I play audio from two or more sources?
0
Systemd service start error
0
VLC Not able to detect/choose default audio device output
37
How do I figure out why systemctl service "systemd-modules-load" fails?
0
Error bluetooth with systemtcl
1
Collectd does not starts after activating Oracle Plugin
1
systemd service not executing script?
0
Systemd service cannot find user files even though with correct absolute path