Sometimes my text cursor in Firefox changes shape. Normally it is a straight vertical line, but sometimes there is additional short horizontal line near the top: 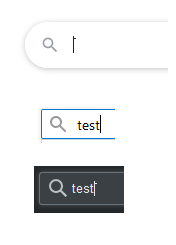 What happened? In what situation such cursor would be used?

I think this started after I was trying out different display languages in Windows. But when I returned to original language the original cursor didn't go back. Is that cursor maybe used in one of languages that I tried?

A possible explanation is that this is the cursor for internationalized language, where text can be mixed for languages of different directions.

2
Strange firefox bug
3
Pointer shape in Firefox
1
Cursor is not blinking
4
Change the width and color of Mac OS X text caret (cursor)
2
Text cursor disappears in Firefox
4
Firefox on Windows: How to make the text cursor indicate text direction?
1
How to change text cursor color in Windows?
3
Delete button (del button) is broken in Firefox when sites are blocked from overriding keyboard shortcuts (i.e., permissions.default.shortcuts = 2)
0
Text cursor scrolling me as I am pressing arrow keys