Can a new motherboard be damaged because of slight electrostatic discharge from my hair?

I know there are a lot of posts and questions regarding electrostatic discharge (ESD) when building a PC but couldn’t find a specific answer for the case I’m encountering.

Today I built a new PC(my first), had bought a strap to keep grounded all was good,

Until I had to lift the board and get my eyes close to it (to inspect a standoff screw) at which point I heard a very soft clicking noise.

It was my hair that came in contact with the back (underside) of the motherboard.

Now to be clear I don’t have abnormally long hair, and am not prone to frequent zaps, but it is dry cold winter so…

Couldn’t tell if there was an electric discharge or simply a single hair that got hooked to one of the soldering and snapped when i backed away.

My understanding was that the strap would keep all ESD safe, but after some light testing with an old small liquid crystal display i realized that whatever static i had in my hair was independent from rest of body and not discharged.

I have not had a chance yet to test the build as it’s missing some components (mainly PSU). So unclear if it is damaged.

At the time of “noise” the only components installed were NVMe SSD and CPU (with cooler). So my questions are:

Thanks for reading and offering some insight, this might seem like a lot for so little; but when you spend large amount of money and decide to do it yourself, can’t help but freak over what you could have wrong.

All CMOS devices are ESD sensitive and protected by a 2 stage 10k current limiting resistors and 2 diode pairs to each Supply rail (+/-) with Schottky diodes.

The Human Body Model is only 100pF due to a small surface area designated for the finger touch pad. Dry hair could be more capacitance especially in low humidity 10~15%. It is quite possible to generate > 15kV with hair using friction such as a brush. 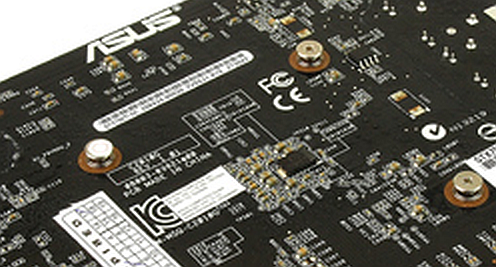 The discharge sound is not necessarily an indication of damage as it may have conducted to the PCB ground but it is an indication of rapid high peak current in a very short time well under 1 ns. The CMOS protection diodes are very tiny in order to have low capacitance and higher speed in conduction than the CMOS gate and substrate. The level of protection is determine by the Q=CV for the HMD 100pF and V rating certified for the device.

A good way to prevent static generation is to use a portable humidifier that spin water in a small drum, use carpet antistat spray and other similar tricks. When I was Mfg Mgr for C-MAC, Winnipeg, a large board assy. shop, our facility was regulated to 50% minimum humidity.

What components are prone to damage by ESD ?

All of them. Literally any printed circuit board or integrated circuit is vulnerable to ESD.

Until i had to lift the board and get my eyes close to it(to inspect a standoff screw), at which point i heard a very soft clicking noise. It was my hair that came in contact with the back (underside) of the motherboard.

You indicated you were wearing a grounding strap. The point of wearing the strap is to force any potential electrical charge to the path of least resistance. If you were properly grounded this path would have been ground instead of your hair.

My understanding was that the strap would keep all ESD safe, but after some light testing with an old small liquid crustal display i realized that whatever static i had in my hair was independent from rest of body and not discharged.

I presume since you were trying to install standoff screws, the board didn't have any power, which means the only vulnerable equipment was the motherboard itself (and any ICs on the motherboard). However, you were grounded, so any potential charge went to ground instead.

I've not had a chance yet to test the build as it's missing some components (mainly PSU).

DO modern boards have ESD protection all around of is that a myth ?

Which is the reason you still need to ground yourself using a strap.

How do I mitigate this risk aside from wearing a full hair cover?

I am still not sure I understand what "clicking" sound you heard. I have never really heard hair make a clicking sound, unless you tie a ton of it together, and even then what typically makes the sound is whatever is holding the hair together.

I worked on the repair of circuit boards, for the better part of 5 years, I never worried about my hair touching the board. An ESD event isn't really a "clicking sound", it's typically completely silent, unless when you have a large enough charge like wearing socks and touching a metal door knob.

Your hair did not cause a ESD event, electricity takes the least path of resistance, and thousands of individual strains of hair isn't that.

Of course you shouldn't be getting strains of hair stuck on the motherboard, you should use something to get the hair out of your face, so your hair isn't hitting the motherboard. You don't need a hair net to accomplish that task.

Not the answer you're looking for? Browse other questions tagged esd or ask your own question.

4
Using electrostatically charged air filters on computer fans? Will I just be blowing charged particles into my case?