Laptop is plugged in and set to high performance throughout. No programs running in background, etc.

I've benchmarked a lot of computers (both desktops and laptops), and have never seen this kind of oscillation when the computer remains in a constant state (power supply, performance mode, etc.)

It's obviously normal to see small variations, but with this computer I run the test once I get one result, then run it again and the number halves... then run it several more times, and sometimes I get the first number, sometimes the second number.

I'm wondering if anyone else has seen this kind of benchmark variation, and whether it is indicative of a hardware issue, or whether it could be caused by Lenovo's power management software or something.

The weird thing is that Furmark seems to run at constant fps for hours, and 3D Mark 11 also seems to give consistent results from run to run...

Any help is much appreciated!

I have updated my BIOS and all my device drivers and nVidia drivers to latest available versions, run all Windows updates, Lenovo updates, etc.

I have made sure my laptop power settings are always on Maximum Performance, and that all relevant advanced settings are set to prefer performance over energy savings: 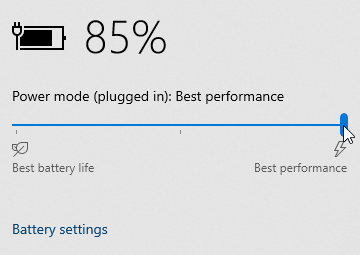 I have tried setting global nvidia control panel settings to always use the nVidia processor, and always "prefer maximum performance": 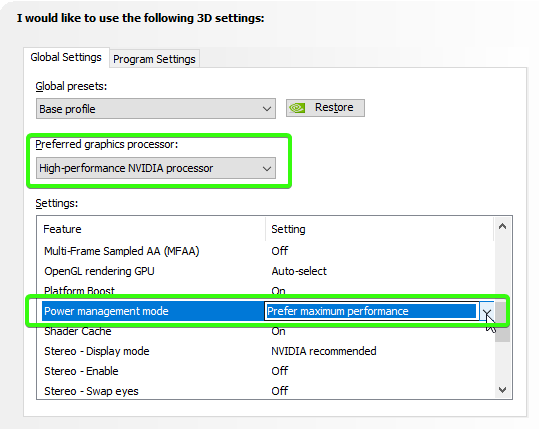 I have tried disabling my laptop's integrated graphics entirely via the relevant BIOS setting.

None of these adjustments have solved the problem.

I have purchased and run the full version of 3D Mark Fire Strike stress test, which has revealed the the problem does seem to be related to the GPU sometimes failing to reach the appropriate clock levels under load. During the stress test, clock rate would sometimes boost appropriately, and sometimes fail to boost until part way through the test (sometimes tens of minutes):

After much fiddling and troubleshooting, I have finally found an apparent solution to my GPU not always boosting clock rate appropriately during load:

In the nVidia control panel, I have selected each game/program that requires high performance, and individually set these programs to use the nVidia processor, and to prefer maximum performance: 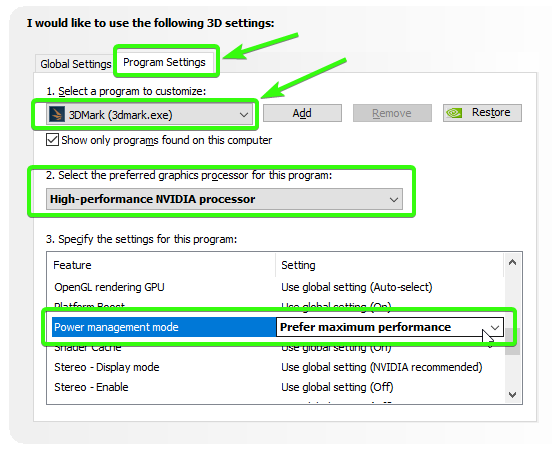 4
How to limit the graphics card RAM?
1
What are some optimal Windows 7 settings for maximizing a graphics card benchmark test?
2
Periodic FPS drops in games, regardless of graphis card
0
FPS drops when I plug my laptop in
1
NVIDIA RTX 2080 Ti with Ubuntu 18.04: poor performance