I have been trying to edit photos that I received in Whatsapp in Photoshop. But while I try to open such images in Photoshop, it throws me an error like in the image. But now I can add those images by applying a trick. But still, I don't know the reason why Photoshop can't open? Any explanation of the error. 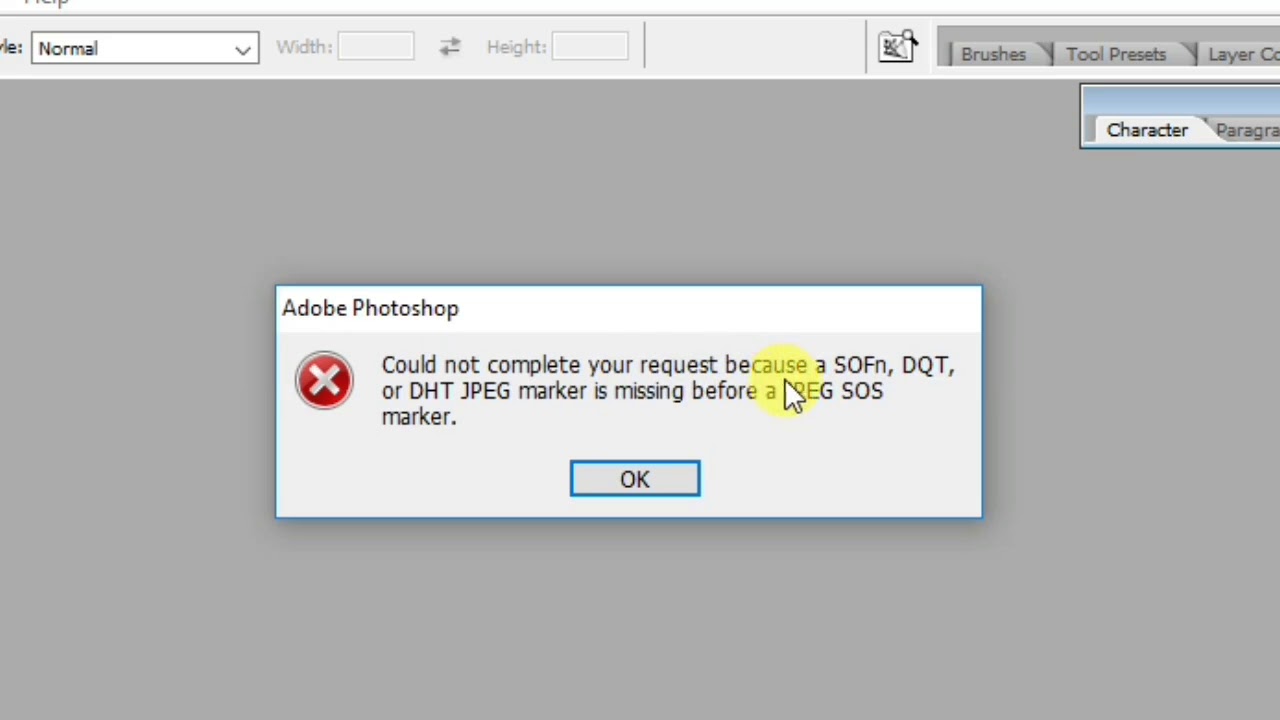 I have run into the same thing.

The image, internally generated by WhatsApp, is not a fully compliant JPG image. It seems WhatsApp stores internally only the bare essentials of what it needs (probably not even in JPG format). This internal data when converted on the fly into a JPG doesn't generate a correct JPG. Other software (like Adobe tools) that expect a JPG to fully adhere to the specification will complain about it. That is what that error message is telling you.

Software that is less critical about the JPG specification may still be able to load that image without complaining. Adobe is really picky about this and refuses to load the whole image on the slightest error even if that error doesn't actually affect the image content.

When WhatsApps exports the image to file it apparently does write a well-formed JPG image, so the exported file is usable by Adobe.

WhatsApp having 2 different JPG generators with slightly different behavior is a bit strange, but not unusual in big software projects.
2 teams working on different parts of the software select different solutions to the "create a JPG" problem. Later on it just takes too much time and effort to merge those back into a single solution so the end-product ends up with 2 modules that do essentially the same thing.

0
Different image sizes in Paint.NET vs. Photoshop?
1
resize image without image quality reduction
15
How can I edit banknote images in Photoshop CS?
6
Photoshop can not open a JPEG but somehow Microsoft Paint can