How to detect and troubleshoot memory leaks in Windows 10?

I previously had another memory leak and it was diagnosed and solved. But now I feel I have another one and I can't seem to detect it the way I had before. Here's the old question - Windows 10 Memory Leak - Tags (poolmon) FMic and Irp - Nonpaged pool at 5.7GB

My issue now is basically the same, the difference is that the Nonpaged pool is not the problem this time at 700-800 MB vs 5.7 GB in the previous question.

This has been a problem for me for years on several computers and after several reinstalls and I'm kind of sick of it. I've more or less accepted that it's either part of a software that I always install or just part of Windows, but after experiencing several crashes of software recently, I'd really like to get to the bottom of it.

PC config and stats with only Opera GX open and some background software:

I know there are several other questions regarding similar problems here, but I can't seem to find help in any of them, so I am asking for a reliable method of discovering the problem myself in the future so I don't have to post more questions. This could be beneficial to other users looking at this question too.

I've attached some images so you can see what's going on. 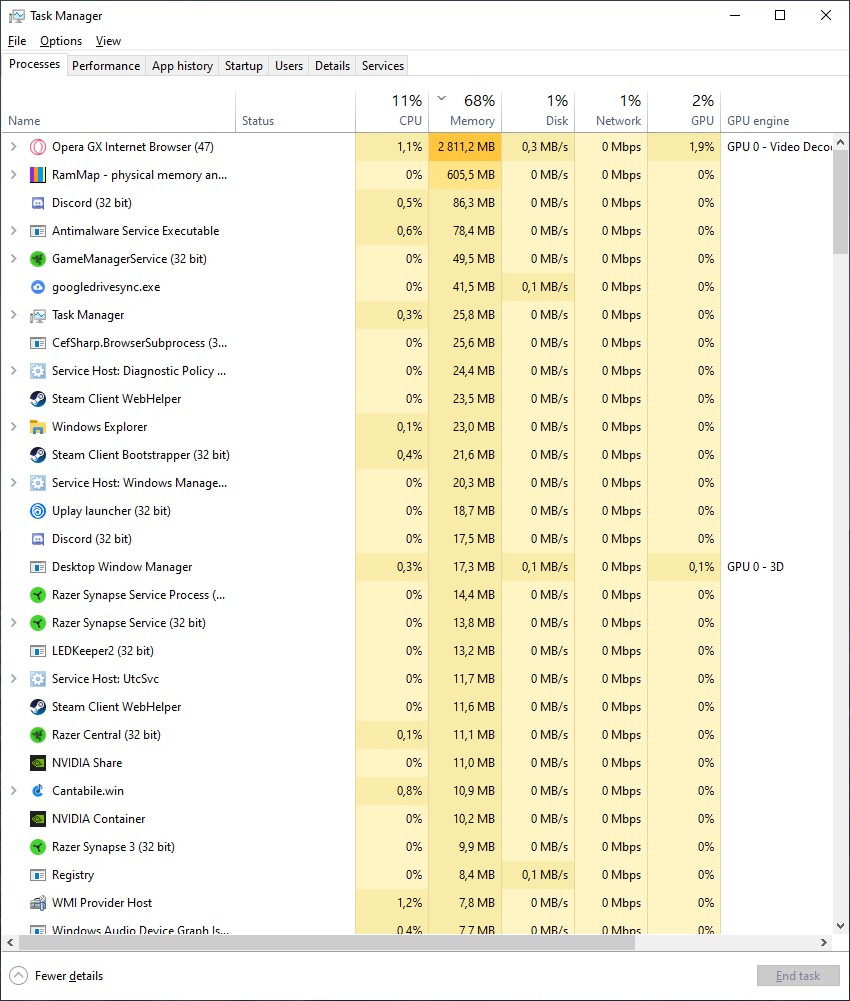 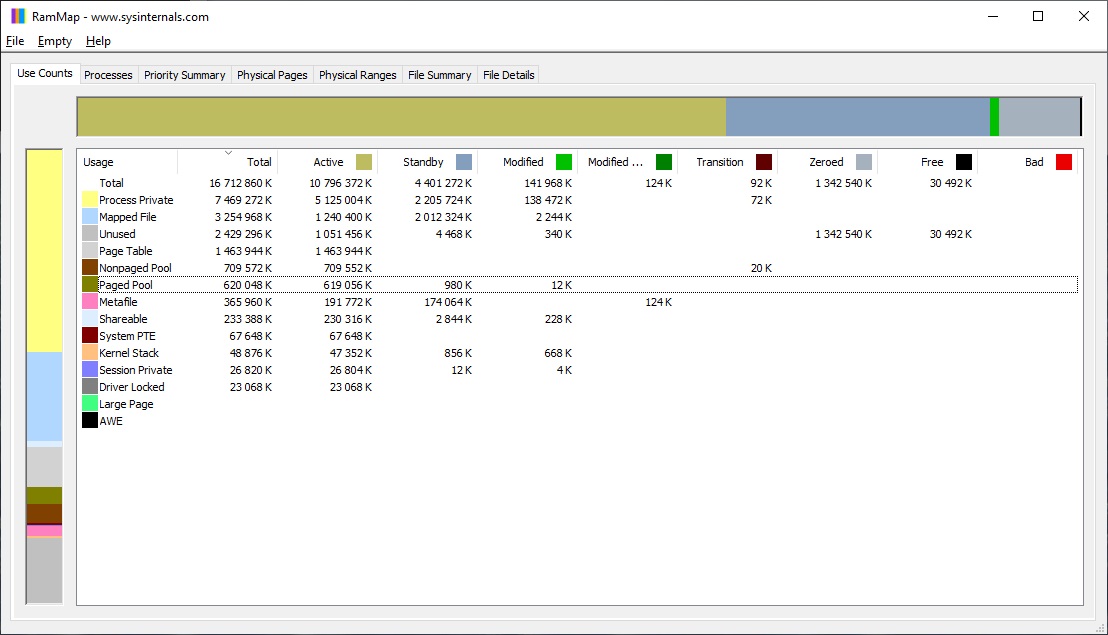 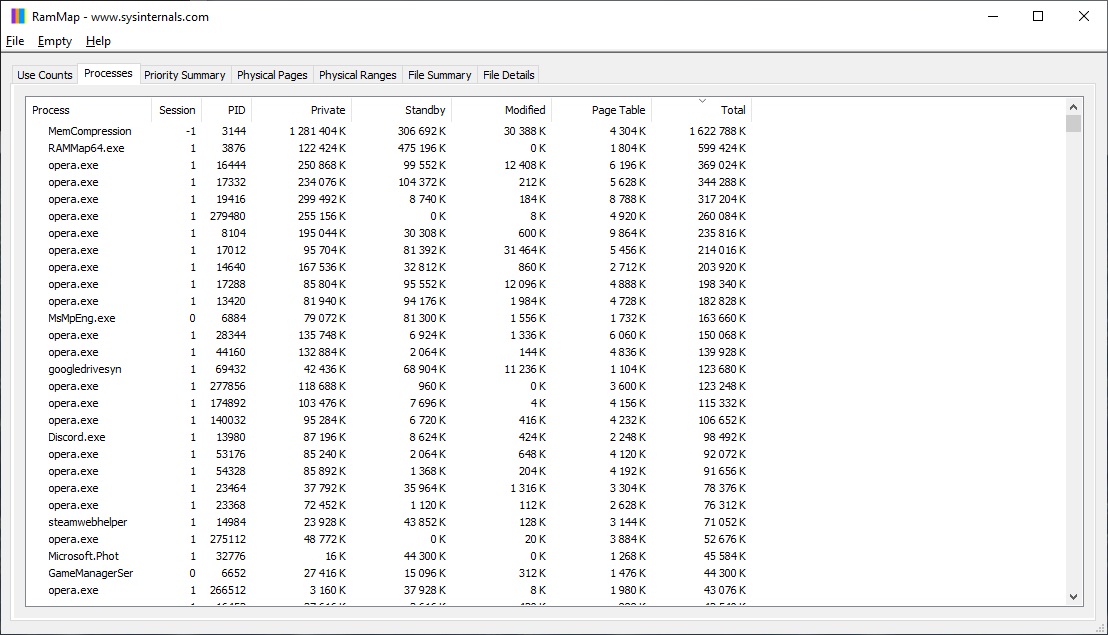 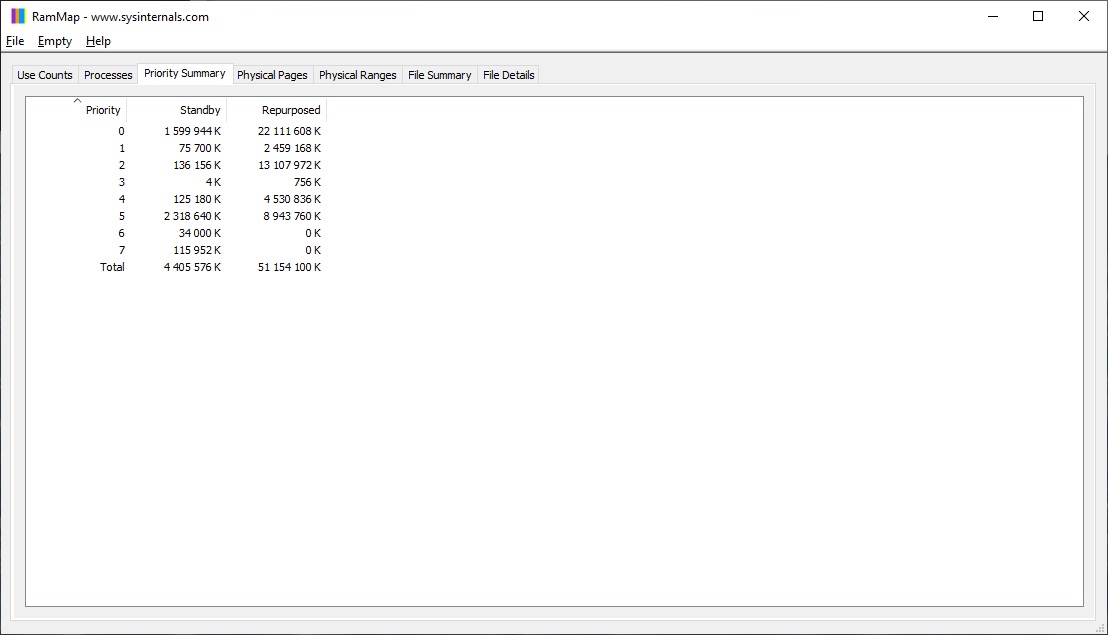 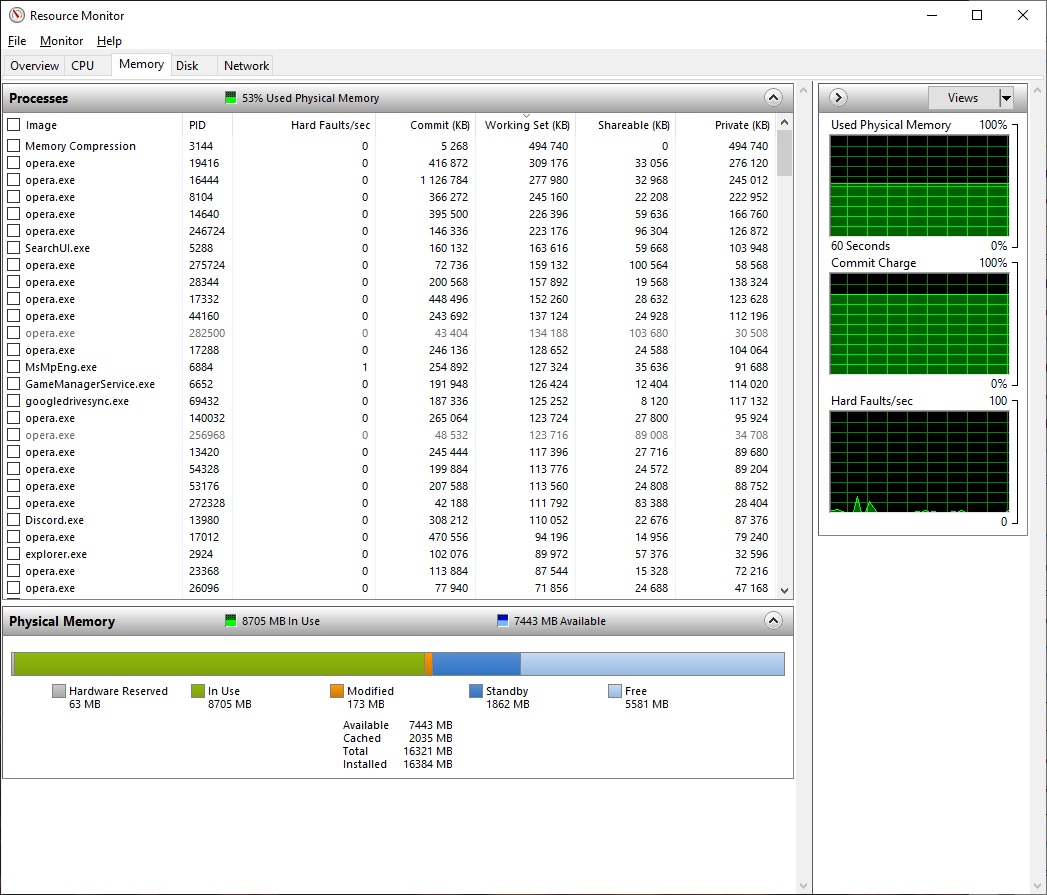 What are my next steps, where do I go from here to find the offender?

There might be an issue with Windows OS Standby List management. When a memory page is removed from use, it may not be immediately available for re-use.

You might try a third-party tool, Wagnardsoft's Intelligent standby list cleaner, which expedited returning this RAM to use. When processing many files at once, I've found this prevented crashes, though it was intended to make game-play smoother.

That said, RAM usage statistics are not necessarily meaningful. If your system seems to be operating normally, ignore the high RAM usage. The OS is simply optimizing speed by keeping more data in memory.

Not the answer you're looking for? Browse other questions tagged windows-10 memory memory-leaks or ask your own question.