No sound in Google Chrome after motherboard upgrade

I recently replaced my motherboard and I have a weird issue with Google Chrome. When I open it, I can normally play a video on youtube for example and all is normal. But if I pause it for 5 - 10 seconds, or if I select another video or anything, sound stops working completely in Chrome.

I can fix it again by restarting chrome and then again I have sound for the first video or few seconds. But then sound stops again.

So to play 3 youtube videos I have to restart chrome before watching every one of them which gets annoying.

It already happened to me about half a year ago when I first replaced my motherboard. I solved it by reinstalling Windows. But since I did it recently and went through all the installing and setting of all the apps and games, I would really like to just solve this issue.

The issue is just in Chrome, everything else works without any problem (games, other browsers and apps etc.).

I have Windows 10. The sound works from all MB outputs in every other app, just not in Chrome after 10 seconds or one video/audio. It even shows up in the volume mixer in Windows for the first video, but then for every next video/audio it does not appear there.

I know that reinstalling Windows would solve the issue, but at this point I would rather start using different browser than doing that.

I'm surprised that I did not find other people with this issue, since I replaced my MB two times and everytime I had this issue so it seems to me that it happens everytime.

Ok so I just tried an external USB sound card and the problem was still present, so it was not a problem with the MB drivers or anything.

So I clicked on the speaker icon in the tray and clicked Open sound settings as usual. It looks different now, see image below (just an ilustration, not mine, since I have my windows in Czech, which would not help that much): 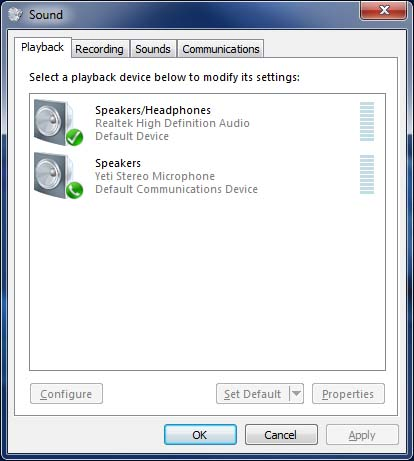 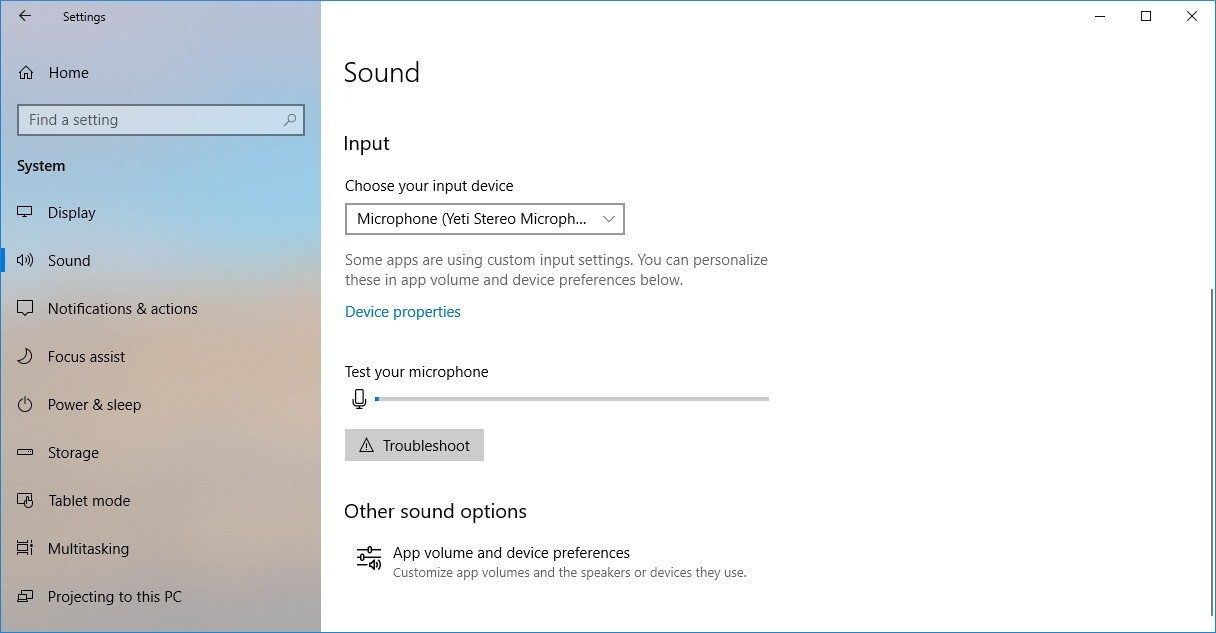 And there I noticed in the bottom of the page "App volume and device preferences". I swear I never saw this option before. And in there (it is basically a more fancy version of Volume mixer) I saw Chrome, as I was playing a first video where I had sound. There you can select Output and Input for the given app. The Chrome app had Output "blank", so I just set it to default and it finally works again.

Such a simple issue but it took me several hours to fix, not to mention that the first time I did whole Windows reinstall just because of this.

Not the answer you're looking for? Browse other questions tagged windows-10 google-chrome audio motherboard or ask your own question.

0
Browse YouTube with Google Chrome in Mac results in transparent video window
0
Ubuntu 13.04 Chrome Audio Muted
0
No sound after 5 minutes
1
How to fix no sound in some video & audio files played in Google Chrome and Opera browsers?
1
Windows 10 - All sound cuts out and emits loud buzz after 4-6 seconds
0
Choppy sound ONLY on front panel ONLY on youtube
0
Sound stops after few seconds after Windows start
0
Google meet has no sound in Macbook chrome browser