My setup is as follows: 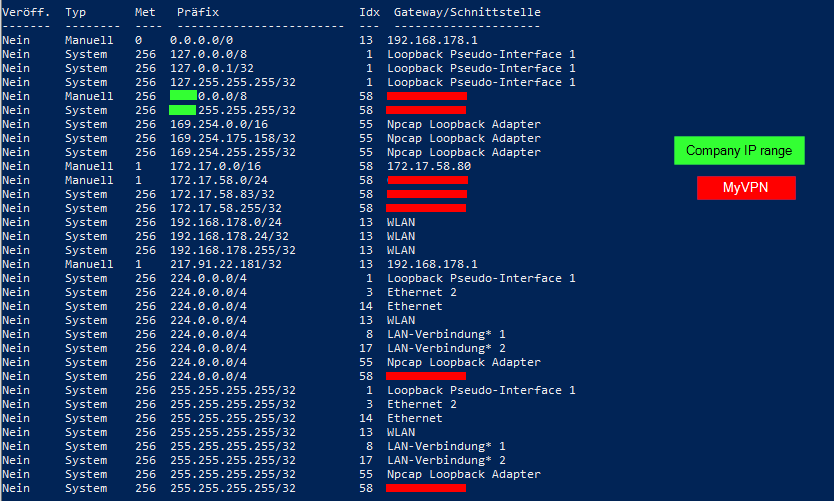 I found it! Based on user1686's answer I tried some stuff and that's the solution

Not the answer you're looking for? Browse other questions tagged windows-10 vpn powershell routing netsh or ask your own question.

0
How can a PPTD VPN route traffic to other servers on network?
0
Route internet traffic through a VPN but not intranet traffic
1
Why does Windows ignore my route?
1
Windows 10 route keeps coming back after a while every time I delete it with route delete, how can I delete route for good?
0
Default-Gateway preferred over permanent explicit Static Route (Windows Server 2019)